In today’s world, people are increasingly finding themselves carrying several battery-powered portable devices such as mobile phones, laptops and smartwatches. Current research into the field of energy harvesting focuses on efficient transformation of the low frequency mechanical energy that is ordinarily dissipated as heat to useful electrical energy, in small (cm- or mm-scale) devices.

In this work we laid down the theoretical foundation for a light-weight capacitive rotor device which is designed to fit into a shoe sole and generate significant useful electric power of the order of Deci-Watts to Watts.

The time-varying capacitor is made of N smaller capacitor stages, all connected in parallel and designed to vary in a completely synchronized fashion to enhance the total change in capacitance. The latter is achieved by connecting all stages through a single axle (see Figure 1), then, upon the axle rotation, a synchronized capacitance change is introduced to all stages.

In the paper we thoroughly analyzed the device’s operation within two different setups: 103 (102) stages with ionic liquid (molecular liquid) lubricant and 10 um (5 nm) gaps between the electrode and disk in each stage. For each of these setups, we estimated (1) the working temperature, by considering the heat entering- and dissipating from- the system (2) the average rotational frequency of the device by matching the external force of foot press to inner drag force from the liquid, and (3) the useful power generated by the rotor device.

As we show in the paper, the different thicknesses of dielectric materials are designed to maximize the amplitude of change in capacitance, while the average capacitance is mainly determined by that of the lubricating liquid. To get a realistic evaluation for the capacitance of the molecular liquid in nano-confined spaces and for the capacitance of ionic liquid in micro-confined spaces, we performed detailed molecular dynamics simulations. The cap on the priming voltage was determined by the dielectric breakdown voltage of the liquid or by the safety voltage for wearable items, the smaller of the two.

The working temperature, in both setups, is greater than that of environment by a negligible amount. The average rotational frequency was evaluated as ~32 s-1 and ~3.5 s-1 for the ionic liquid and molecular liquid setups correspondently. The power generated for each setup is plotted against the electric load in Figure 2 and against the rotational frequency in Figure 3.

One of the best features of our device is that it does not involve the change of the liquid contact area, as the electrodes remain permanently immersed in the liquids. It is thus based on continuous, hysteresis-free cyclical alteration of the electrode configuration through rotation of the electrode. Other attractive features of this device are that it (i) is expected to minimize hydrodynamic issues (such as turbulence), (ii) results in low friction and, unless deformed, no surface wear, (iii) when carefully designed, might not need to address specific heat management, and (iv) protects the system from electric short-circuits that would appear by physical contact between the disk and the semi-circular electrode (see Figure 1). Concomitantly, it delivers significant power and can easily be scaled up.

Smooth and efficient operation of this device is possible by having a full understanding of the electrical properties of its components and tribology; this work sets a framework for design and engineering, in progress, of such systems.

To know more about this work, please refer to the article “Theoretical demonstration of a capacitive rotor for generation of alternating current from mechanical motion” published in Nature Communications following the link: https://www.nature.com/articles/s41467-021-23891-6 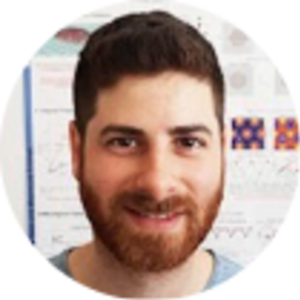