This study confirms that a classical channel model can be used for describing random fluctuations in LEO-to-ground quantum atmospheric channels. It shows that practical engineering designs for future QKD missions can be conveniently conducted using the verified channel model, and that deep learning…

In August 2017, an experiment demonstrating decoy-state Bennett-Brassard 1984 (BB84) quantum key distribution (QKD) protocol was reported by Chinese scientists, using the Micius satellite at low-Earth orbit (LEO) to achieve a kilohertz key rate from the satellite to the ground over a distance of up to 1200 kilometers [Nature 549, 43–47 (2017)]. Although this achievement has certified the feasibility of QKD from LEO satellites, it is still difficult to disseminate Micius’s design of 600-kg-class satellite platform for the future LEO satellite constellations, in which thousands of small satellites (microsatellites and CubeSats) work in concert for remote sensing and communications. Capitalizing on the demands for space quantum communications from small satellites, in July 2017, the Japanese National Institute of Information and Communications Technology (NICT) reported the world’s first quantum-limited communication experiment from LEO to the optical ground station (OGS) in Tokyo, Japan, using a 50-kg-class microsatellite (SOCRATES-Space Optical Communications Research Advanced Technology Satellite) [Nat. Photonics 11, 502–508 (2017)]. This mission aimed at establishing a realistic cost-effective technology, especially for constructing wideband and secure satellite constellation networks in the future.

To fill in this gap, we present a statistical verification study of satellite-to-ground quantum atmospheric channels, utilizing the precious photon-count data from the SOCRATES quantum experiment. Our results show that a classical atmospheric channel model characterizing both atmospheric turbulence and pointing errors can be applied for accurately describing the random fluctuations in the quantum channels, which has never been confirmed in the literature to our best knowledge. We further proceed to apply the verified statistical model to numerically investigate how the physical channel effects, including atmospheric turbulence and pointing errors, affect the SKL and QBER of a decoy-state BB84 QKD protocol implemented over a LEO 6-unit (6U)-CubeSat-to-ground link. In addition, we also take into account the finite-key analysis, which is crucial to account for the statistical fluctuations between the measurement rates and underlying probabilities of the data collected during a finite time interval of the practical LEO-to-ground quantum communications window. From this, engineering designs and planning for future QKD missions from CubeSats can be conveniently conducted, paving the way for the establishment of low-cost LEO-constellation QKD networks. Finally, we also present a study on the application of deep learning for predicting the received photon counts at the OGS, through which the quantum channel characteristics could be exploited to improve the performance of quantum receiver. Deep learning-based algorithms promise a real-time autonomous operation, which is vital for the realization of the real-time autonomous estimation and optimization in the future satellite-based QKD networks. 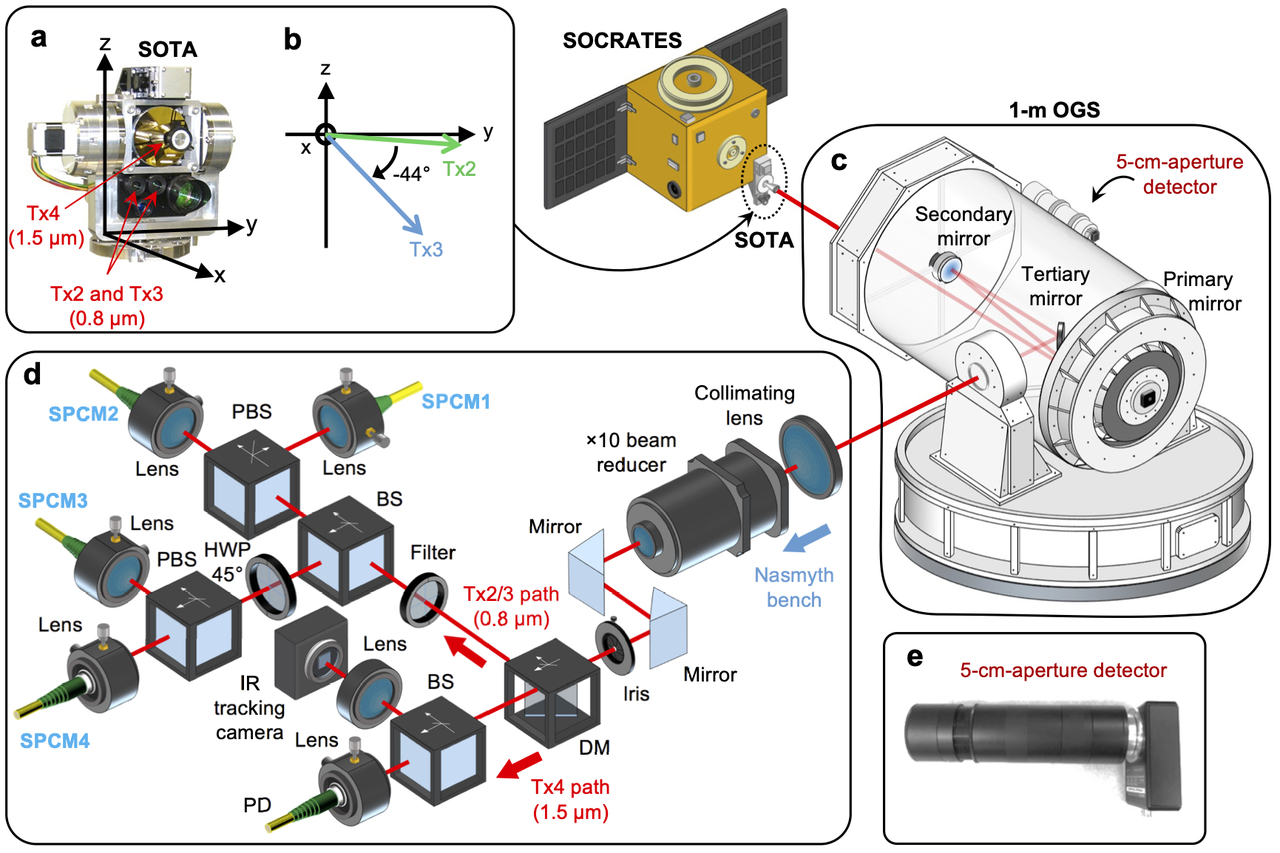 Space quantum communication plays a crucial role in establishing a global quantum Internet, where unhackable communications can be realized by quantum key distribution technologies that rely on the superposition states of single photons to exchange cryptographic keys between distant parties.