The long-term stability of alkaline anolyte operated zero-gap carbon dioxide electrolyzers is often limited by precipitate formation in the cathode. We combine the presence of alkali cations at the cathode with water-based operation, to ensure high performance, while avoiding precipitation.
Balazs Endrodi
Assistant professor, University of Szeged
Follow
Like Liked by Siddhartha Subramanian

Precipitates that form in the cathode of continuous-flow CO2 electrolysers hamper their long-term operation, but the alkali metals they are formed from actually boost activity. Endrődi et al. mitigate this dichotomy by using pure water in the electrolyser and periodically infusing the cathode with a…

Our research group has been working on continuous-flow CO2 electrolysis (CO2R) since 2016, focusing on anion exchange membrane (AEM) separated zero-gap CO2 electrolyzer cells. The zero-gap electrolyzers offer the simplest structure among the possible electrolyzer variants, as (humidified) CO2 gas is fed to the cathode, while an anolyte solution is recirculated in the anode compartment, and no further fluid stream(s) must be handled. The simplicity of the structure, however, means that all cell components must be precisely tailored to the given process. Gradually exploring the most important parameters dictating the reaction rate, our main focus has been on developing more efficient electrolyzer cells, and to scale-up these devices. In this regard we have presented the first multi-layer electrolyzer stack (Ageometric = 60 cm2), which converts CO2-to-CO at the same partial current density as its small counterpart.1 Building on both our own and others’ results, we could further improve the cell design. Understanding the effect of gas diffusion electrode (GDE) compression and using a novel AEM, we achieved 1 A cm−2 partial current density for CO formation, which seemed to be extremely difficult at the time when we started our work a few years ago.2

Microfluidic electrolyzer cells, applying a liquid electrolyte solution in direct contact with the cathode catalyst have been developed parallelly to their zero-gap counterparts. Counter-intuitively for us, these microfluidic cells typically operate at higher product formation current densities at a given cell voltage, even though the extra liquid layer should be associated with higher cell resistance, hence lower energy efficiency. A further confusing general experience was that zero-gap cells must be operated with alkaline anolytes to achieve high performance. Based on textbook knowledge, using a perfect AEM as separator, the ion conduction occurs via anions transport from the cathode to the anode. The cell operation should therefore be fully independent on the used anolyte, especially because the typically used Ir black anode catalyst functions with high activity in pure water operated water electrolyzers.

An enlightening finding of some research groups (including us) was that cations from the anolyte can eventually penetrate through the membrane, and lead to precipitate formation in the cathode GDE. Also considering the promoting effect of different alkali cations in CO2R, we assumed that the cations crossing the membrane are not only a problem, but also a key factor to achieve high reaction rate. An ambiguous situation: cations are needed on the cathode catalyst, but only in the right amount, not more, not less…

To overcome this contradiction, we developed an operando activation protocol, where the cathode of a water anolyte operated zero-gap electrolyzer cell is periodically infused with alkali cation-containing solutions (i.e., CsOH or KOH solutions). A tailored solvent composition allowed the solution to be driven through the GDE by the CO2 gas, and then it leaves immediately. Performing this activation with different AEM-separated, and pure water operated zero-gap electrolyzer cells, we experienced a three-fold increase in the CO2 reduction current density, meanwhile the Faradaic efficiency for CO formation also increased. The increased current remains relatively stable for a longer period, and it only decays slowly due to the leaching of the alkali cations. We demonstrated that periodically activating the electrolyzer cell, the high CO2 reduction rate can be maintained for longer time, for over 200 hours in our case. The method is also scalable – we presented that the same activation on larger (A = 100 cm2) and multi-cell electrolyzer stacks, with similar results.

We note that the presented activation protocol is not the only way to ensure the presence of alkali metal cations at the cathode. Controlled crossover from the anolyte can also be an option for providing the alkali cations to the cathode, especially if combined with periodic regeneration of the cathode with the proper solvent mixture. As a further example, the metal cations can be incorporated in the catalyst layers during synthesis.

Read more about us and our work on our website at http://www.elchem.hu. 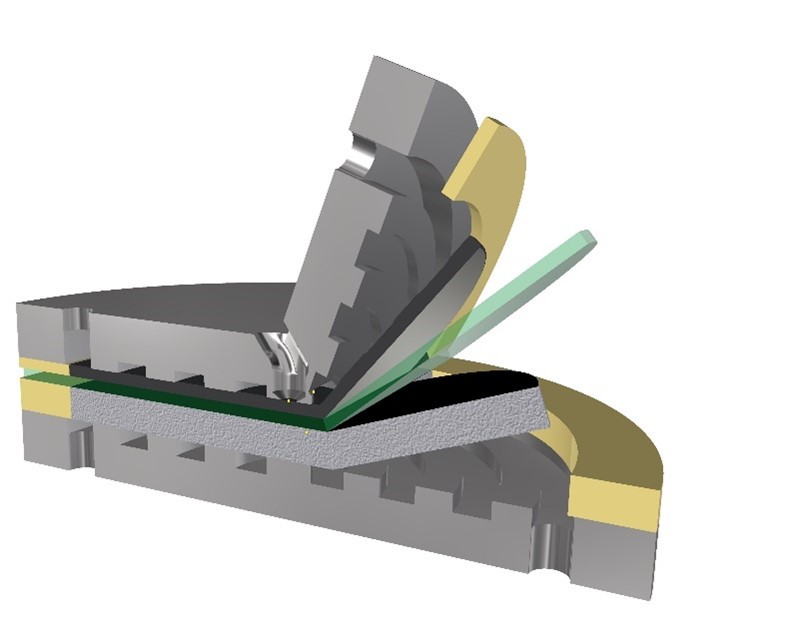 The long-term stability of alkaline anolyte operated zero-gap carbon dioxide electrolyzers is often limited by precipitate formation in the cathode. We combine the presence of alkali cations at the cathode with water-based operation, to ensure high performance, while avoiding precipitation.