We find and investigate a unique transformation mechanism in metal nanocrystal battery electrodes that could enable improved battery cycle life.

To read our paper in Nature Nanotechnology, click here.

Replacing the conventional electrode materials in Li-ion batteries with new materials that can hold more lithium ions per weight or volume could enable better batteries. Materials that electrochemically react with lithium to form alloys have high lithium storage capacity, but they necessarily expand and contract during cycling, which results in continual exposure of the surface to the liquid electrolyte causing uncontrolled side reactions. Over the past decade, the development of nanostructures with engineered internal void space has resulted in improved performance of alloy anodes for batteries. During reaction with lithium, hollow nanostructures can expand toward their interior while maintaining a dimensionally stable outer surface that is critical for stable growth of passivating films and prevents continuous side reactions. However, creating these hollow nanostructures is complex and expensive, which has hindered their implementation in batteries.

In our paper, newly published in Nature Nanotechnology, we use in situ electron microscopy imaging to investigate the fundamental battery reaction mechanisms in very small antimony metal nanocrystals. These ~15 nm monodisperse nanocrystals are smaller than has been typically used in alloy anode research. We find that this material expands when reacting with lithium, as expected, but that it spontaneously forms single voids within each nanocrystal during lithium removal. This is in contrast to larger antimony particles, as well as the reported behavior of a wide range of other alloy anode materials, which simply contract during lithium removal and do not form hollow structures. With further electrochemical cycling, the voids in the small nanocrystals refill and vacate while maintaining a dimensionally stable outer surface, which indicates that they naturally form optimal structures that could enable highly efficient battery cycling. Indeed, this is borne out in electrochemical experiments with half-cell batteries. Based on these results, we also developed a chemo-mechanical model that shows that this behavior is due to the mechanical constraint of the ~4 nm lithiated oxide layer on the antimony crystals.

This project arose in a truly collaborative fashion, with the initial idea sparked at a conference in Germany attended by some of the co-authors. Investigating reaction mechanisms in small, monodisperse metal nanocrystals was of interest at the outset because of the possibility of size-dependent and novel behavior, but the spontaneous voiding mechanism observed in the experiments was not anticipated. The discovery of the reversible hollowing behavior was quite exciting, and it led to a rush of supporting experiments and the careful consideration of contributing factors.

The results from this work have improved our understanding of how to control reaction processes in battery materials through mechanical means, which is important for implementing alloy anodes in next-generation lithium batteries. Thinking beyond lithium-ion batteries, antimony is one of the relatively few materials that can react reversibly with lithium, sodium, and potassium, and it has thus become an important anode candidate in the burgeoning fields of sodium- and potassium-ion batteries. Thus, the new understanding and concepts in our paper could also benefit the development of antimony-based anodes for these emerging battery systems. 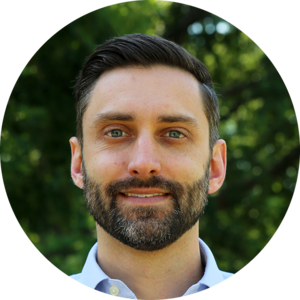