Radiation's Material Healing Powers - Rare, but Just Where We Need Them

We set out to find the acceleration factor of ionizing radiation's effect on the corrosion of nuclear reactor materials. We didn't expect it to be less than one.

Nuclear power needs all the help it can get. Despite being the safest form of electricity generation and a necessary part of the mix of minimally polluting energy technologies, poor public perception and gargantuan capital costs have given it a bad rap. That's why my lab does what it does - make nuclear power safe and cheap enough for widespread use as part of the energy mix of the near-term future, before our homes and places of work are underwater due to climate change. More and more environmentalists agree - tackle the problem at our doorstep now, but don't forget about the issues like radioactive waste and preventing both accidents and nuclear weapons proliferation.

That's why we believe our results are so important - we have shown that radiation slows corrosion of Ni-based alloys in molten fluoride salts at 650C. It may sound like a pretty specific recipe, but it is precisely the set of conditions and materials for near-term planned molten salt nuclear reactors

The story starts back in 2012, when the then-new startup Transatomic Power asked me to be their materials consultant. At the time I was a research scientist at MIT, still quite young, 28 at the time, and felt I wasn't up to the task. So I told them so, and they kept coming back. After three times, and suggesting older, more experienced colleagues, I accepted to help them set up their materials testing program for what was one of the first molten salt nuclear reactor ventures. The decision quickly led to discussions about the long-standing issues facing nuclear materials, most notably the effect of radiation on corrosion and structural material properties. After a few months of planning to set up a lab for Transatomic, I was hired by MIT as a faculty member, and we began the process of decontaminating and renovating a lab space for my group to nucleate.

This produced a tremendous opportunity, and a couple of problems. With my own lab and the ability to be a principal investigator (PI) on grants, the plan quickly shifted from Transatomic establishing its own lab to sponsoring research in my group. The issue is that having a vested financial interest in a company sponsoring one's research is a clear conflict of interest (COI), where the promise of financial gain could unduly influence the science. Transatomic paid me partly in shares, as of course money was tight, and by that time I had a few tens of thousands of shares or so. I met with MIT's COI officer, who walked me through my options, sensitive to the fact that (apparently) faculty often want to keep the interest in their various endeavors. To her surprise, I called up the CEO of Transatomic and asked her to shred my shares right then and there. This cleared the way to sponsor three projects in my group - one on noble metal fouling, one on corrosion rates of structural materials in molten salt, and one riskier one to build a facility and study the effect of radiation on corrosion.

This facility, inspired by work from Los Alamos National Laboratory and the University of Michigan, would involve passing protons through a thin foil sample of metal simultaneously exposed to molten salt. The protons would pass through the foil, imparting radiation damage along the way, and end up in the salt to best replicate the type of neutron damage found in nuclear reactors. Easier said than done.

It took us three years, countless redesigns, chasing down bad sensors, 700C molten salt leaks, air ingress, accelerator wrangling, and many meetings with our radiation safety folks to arrive at the design which allowed us to begin in earnest. Two solid years were required just for us to learn how to properly melt the molten salt, and confirm that it was free from impurities. After all, a recent study has shown incredible unpredictability and scatter in molten salt corrosion data, largely blamed on differing levels of impurities or cleanliness. Most of these trials and tribulations were taken on by Weiyue Zhou, our graduate student in charge of this project. Everything you're reading is largely due to Weiyue's ingenuity, perseverance, and creativity at surmounting challenge after challenge without losing sight of the goal.

We had assumed that radiation would make corrosion worse, and had written our proposal accordingly. After all, radiation is well known to accelerate corrosion in light water reactors, under proton irradiation in water, and had even been seen in molten salts undergoing electron irradiation. The general impression is that "radiation = BAD!" What we saw next shocked us to say the least.

At first we, as many around us, wondered if we had simply mixed up the two regions when naming our files. Fortunately we and the MIT Nuclear Reactor Lab had recently acquired a Phenom XL SEM thanks to the US Department of Energy's Nuclear Energy University Program (NEUP), which allowed us to make big composite maps of the foil surface. We also started taking images of our samples with a cell phone. The curvature of the clean region says it all.

We then set out repeating our experiment as many times as could be - roughly 40 in total - to convince first ourselves, and then others, that we were seeing a real and repeatable effect.

We took the riskier, but ultimately more rewarding, approach of showing off our preliminary results at a series of conferences, including TMS, MRS, and anywhere else where people would listen. We had a series of particularly enlightening and useful conversations with Prof. Raluca Scarlat of the University of California at Berkeley, with Dr. Gabriel Meric de Bellefon of Kairos Power, with Prof. En-Hou Han of the Institute of Metals Research in the Chinese Academy of Sciences, and with Prof. Il-Soon Hwang of the Ulsan National Institute of Science and Technology in Korea (formerly of Seoul National University). They and many others pushed us to consider the other possibilities and hypotheses which could explain our results - Could sputtering be responsible for our results? Could this be due to salt impurities? And finally, could the salt be changing chemistry in the irradiated area to become less corrosive?

This last hypothesis was isolated as the only remaining competing hypothesis for our results. We hadn't proven that the protons weren't making the salt less corrosive, rendering what we saw as a fluke of chemistry. Luckily Weiyue, along with Dr. Yang Yang of the Lawrence Berkeley Laboratory, devised a way to figure it out. Our proposed mechanism for why radiation decelerated corrosion relied on the movement of different types of atoms at different speeds - radiation enhanced diffusion - when most of the community thought that we were observing radiation induced segregation. Weiyue realized that if we were to test a pure elemental foil sample instead of the Ni-20Cr alloys we were using, then the results would sort it out. If our hypothesis (radiation enhanced diffusion) was right, then the two sample regions should switch places, proving that the salt underneath is not less corrosive. If the competing hypothesis was right, then the pure elemental sample should look just like all the others.

Weiyue's experiment, combined with Yang's training of a machine learning framework to recognize more corroded regions on the sample, put the competing hypothesis to bed.

Finally, after four years of hard work, we were able to convince ourselves that radiation slows corrosion for Ni-based alloys in molten salts. The only remaining mountain to climb was to compress four years of work, gigabytes of results, and countless scientific insights into the necessarily miniscule word count for an article in Nature Communications.

The big remaining questions are whether this effect will persist in alloys, and with neutrons. Well, I can start to answer those now. Since the time of publishing our article, where we surmised that the answer to both questions will be "YES," we are starting to see early signs of success. First, our own experiments on Ni-based alloys are showing promising results, though similar experiments on Fe-based stainless steels are not. This is expected, as Fe is more susceptible to corrosion than Ni in molten salts. The really big question - will it work with neutrons - is a preliminary YES as well. Very recent work by Ezell et al. has shown a decelerating effect of neutron irradiation on corrosion in the Ohio State University nuclear reactor. These results of course need to be repeated, independently confirmed, and explained, though the outlook is very promising.

The implications for this work are a bit counterintuitive. The big win isn't that we can afford higher temperatures, but rather that we can say with more confidence that radiation won't make things worse. This allows us to be more confident, more quickly, that these molten salt reactor concepts will both pan out AND be predictable enough to ensure their safety. All these factors result in less risk, and lower risk means lower cost. That's where it all comes full circle - this technical achievement, when put into proper context, is one piece of the big puzzle humanity must solve to enable nuclear power to be part of our near-term energy mix. 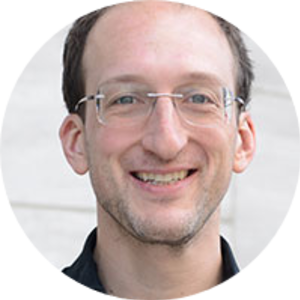