Improving the corrosion resistance of metals requires understanding the role of and manipulating the atomic configurations at the interface of the metal and the passive film.
Miranda Vinay
Associate Editor, Communications Engineering | Springer Nature
Follow
Like Liked by Ros Daw and 3 others
0

Passive films on metal surfaces provide better corrosion resistance, but they can degrade in long-term service. Here the authors demonstrate a strategy to engineer crystallographic configuration at the metal/film interface to further improve corrosion resistance.

Stainless steel could now be made even more corrosion resistant thanks to an efficient and low cost technique to improve the stability of its passive oxide surface layer. Results in a recent publication in Nature Communications show that by controlling the crystal structure at the interface of the bulk metal and its oxide layer, the activation time to corrosion initiation in acid was extended up to 130 times compared to the untreated metal.

Metals and alloys form the structure basis of modern society. Over time, and especially in acidic or corrosive environments they decompose, costing $276 billion per year in the United States alone.1 A better understanding of the atomic scale mechanisms of corrosion protection could lead to engineering strategies to improve the lifetime of metal structures.

When metals are exposed to oxygen, they create a surface oxide film called the passive layer which protects the metal from further oxidation. However, in acidic conditions at high oxidizer concentrations, such as those found in the petrochemical and nuclear industries even passivated metals rapidly dissolve, creating a new layer. This “transpassivation” film breaks down the passivation layer and corrodes the underlying metal.

While many protection efforts have focused on the nature of passivation layers themselves, it was the interface between the passivation film and the metal that caught the attention of X. X. Wei and colleagues, authors of the paper.  Previous work on chloride transportation across the passivation film showed accumulation at the metal-film interface, enhancing the dissolution of the metal matrix under electric current.2 Additionally, crystallographic orientations of the metal surface have been theorized to improve corrosion resistance with close-packed atomic planes.  And as early as the 1930s, researchers knew that an anodically-formed oxide film on iron could be completely eliminated in sulphuric acid whereas the same film could survive for longer periods when transferred to a plastic support with no electrical contact with the metal.3,4

Armed with this knowledge, Wei and coworkers sought to experimentally prove the effect of atomic configuration on chloride and acid attack at the metal-passive film interface. In doing so they unlocked a means of exploiting redox chemistry for the atomic construction of a close-packed passivated surface on iron-chromium alloys and commercial stainless steels.

After a three-step passivation treatment, films were immersed in two solutions; one with chloride-containing electrolyte and the other in various concentrations of sulfuric acid. Characterizing these treatments was a particular challenge, as cross-sectional measurements of nanometer-thick layers without damaging or destroying the surfaces require high levels of control. They found that when a sufficient positive voltage is applied, the dissolution of the metal is selective for crystal orientation allowing for the atomic control of the resulting surface. The metal-passive film interface is restructured to include undulations – holes and growth formations – thereby roughening the surface as seen through a scanning electron microscope (SEM) in the above figure. Only the transpassivating, close-packed crystal planes are left behind, increasing the corrosion resistance of the remaining film. The researchers also observed that single crystal surfaces terminated with close packed facets were more stable against oxidation.  Interestingly, mapping the chlorine content in the film showed abundance at the metal side, as opposed to at the metal-passivation layer interface seen in previous studies,2 suggesting that transpassivation inhibits chloride accumulation at the metal interface, possibly responsible for the newly enhanced passivation.

The researchers demonstrated both the importance of and a means to tailor metal-passivation interfaces for corrosion protection. “We hope to generalize the role of low-energy interface in controlling the stability of the film on metals, and consequently in improving the corrosion resistance of metals,” said Dr. X. L. Ma, the principle investigator of the project. Controlling surface crystallographic restructuring forges a new direction for pretreatment processes and anti-corrosion engineering, and mostly importantly, longer-lasting metals.

Visit Communications Engineering for the latest in engineering research 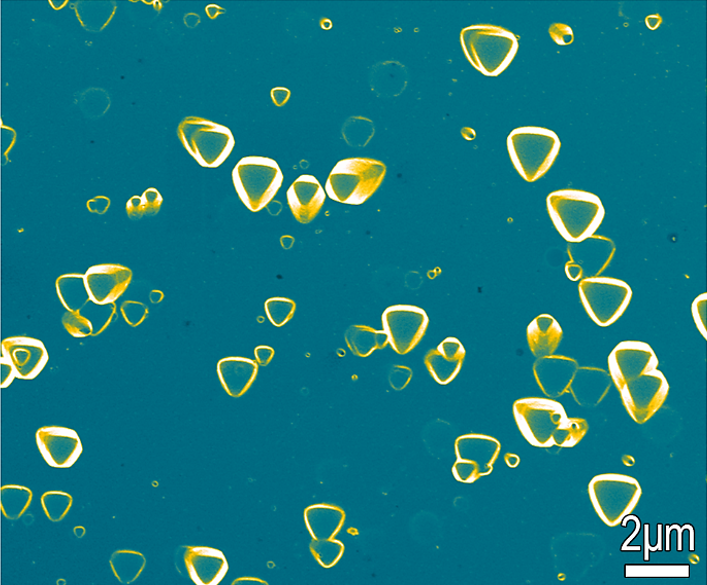 Improving the corrosion resistance of metals requires understanding the role of and manipulating the atomic configurations at the interface of the metal and the passive film.