Researchers from the State University of Campinas, Brazil, experimentally demonstrated that it is possible to tune the nonlinearities of an optomechanical system through the optical force and then synchronize the oscillating system with a non-resonant signal, enabling frequency division. 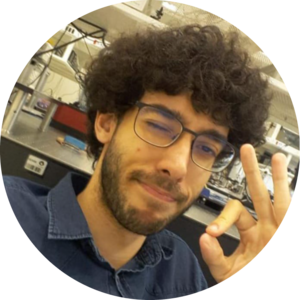 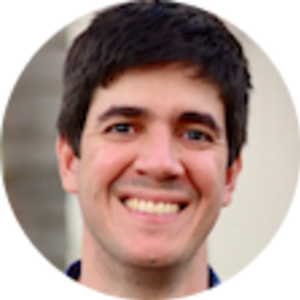 Our lack of intuition in describing non-linear phenomena often force us to make  approximations to get us back to the comfy linear description of our world. Among the wide zoo of nonlinear effects, we will talk here about synchronization, in particular, about synchronizing an optomechanical oscillator to a non-resonant driving signal. At first, it may seem unintuitive because it is not straightforward to see how can a given resonant system synchronize to off-resonant excitations. When we talk about synchronization, it is often implied that the two systems undergoing synchronization should share similar frequencies or some sort of coordinated motion. In this scenario, synchronizing a given oscillator to signals that are way-off resonance may seem unusual.

However, the possibility of non-resonant synchronization isn't particularly new and it has been studied for many years. Indeed, the seminal work by Balth Vanderpol in the early XIX century already revealed these possibilities for the “relaxation” oscillators he was interested in. When such synchronization occurs at frequencies that are either multiples or submultiples of the oscillator frequency, we call it "higher order synchronization" or "p:q synchronization", where the ratio p/q is equal to the ratio between the frequency of the injection signal and the system oscillation frequency (one may find about this and much more in books of non-linear dynamics and/or dynamical systems). The novelties of our work in this subject are two-fold: (1) the experimental realization of p:q synchronization using the optical forces to drive the optomechanical oscillator; and (2), exploring such high-order synchronization response to achieve radio-frequency division — a key ingredient when pursuing frequency synthesis.

The oscillator used in the experiment was a silicon nitride dual-disk optomechanical cavity, as illustrated in Fig. 1(a), and the experimental setup is shown in Fig. 1(b), where a tunable laser (TL) has its intensity modulated by a electro-optical modulator (EOM), which is controlled by a radio frequency generator (RFG). Using an electro-spectrum analyzer (ESA) we measured which regions on the frequency space the optomechanical oscillator (OMO) is entrained by the RFG. The main signature of entrainment that we are looking for is a sharp transition between uncoupled signals to coupled ones, as we can see from Fig. 1(d) to Fig. 1(g) in the middle region of each figure. The OMO is entrained by any external signal frequency multiple of the oscillator's natural frequency (which in our case is 32 MHz) and its easy to notice that the entrainment region of Fig. 1(e) is wider than Fig. 1(d), as well Fig. 1(g) is wider than both Fig. 1(d) and Fig. 1(f).

Here I quote a phrase from my favorite book on the topic "Synchronization: A Universal Concept in Nonlinear Science" which says "It is important to mention that high-order tongues are typically very narrow so that it is very difficult (if not impossible) to observe them experimentally" - Arkady Pikovsky. This is absolutely true in our resonator-based oscillator, we couldn't observe high-order synchronization until a certain level of both optical power and modulation depth thresholds. The interesting fact is that these thresholds were not particularly high, we were actually very close to the threshold optical power required to reach the oscillation limit cycle of the system. Furthermore, even a modulation of just 4% was enough to observe wider tongues when driving at even multiples of the oscillator frequency, in comparison with the fundamental one. This is a statement that our system can operate in a very nonlinear regime, despite the mechanical resonator itself being a linear one. This is so because the large optical frequency shifts induced by the mechanical motion creates harmonics (and subharmonics) of the signal’s radiation pressure force, significantly enhancing the non-linearities perceived by the mechanical system. This "even-harmonic characteristic" also comes from the fact that an energy potential of the form U = x2 + x4 emerges naturally from the optical force, which show us a really strong parametric effect, similar to those present in a Duffing oscillator, as we analytically shown in the article.

Last, but not least, we used these high-order synchronization regions as a mechanism for frequency division. It now only works, but the phase noise obtained for the frequency divided signal was surprisingly low! The Fig.2(a) shows the schematic of the experimental setup used to obtain the data, while Fig.2(b) shows the division happening at the screen of the oscilloscope. The colored trace is the OMO signal convoluted with the external modulation f0, the black trace is the divided output f0/N and Fig.2(c) shows the phase noise performance for each divided by N experiment, where the most interesting fact is that the divided-by-2 signal has a phase noise performance greater than the trivial 1:1 synchronization even for the same modulation depth being applied for both cases. Again, a signature of how nonlinear pities can exceed our intuition.

If you liked our work and the ideas shown here, we invite you to read the full paper at https://www.nature.com/articles/s41467-021-25884-x. We have also created a complete repository at Zenodo (Optomechanical Synchronization across Multi-Octave Frequency Spans | Zenodo) sharing all simulation files (performed in Julia language) and datasets used in our article.  You are all welcome to engage with us in any discussion regarding the article, where you can find my twitter account as @condekiq and my advisor's as @GusWiederhecker.