How great would it be if we could find a way to manipulate microscopic objects with the same sensitivity as offered by optical tweezers, but with the non-invasive and contact-free approach of microfluidics? This motivated us to pursue a hybrid approach, to try and leverage the best of both worlds.

To put our work into a wider perspective, I would like to start with an analogy that is both easy to picture and provides a macroscopic alternative to the experimental situation we present within our publication in eLight. Our story begins with a balloon and a hairdryer. A balloon filled with air is an example of a very light macroscopic object, which may take up to a minute to fall to the ground under gravity from a height of just a few metres. Balancing precisely the small gravitational force of the balloon requires a gentle ‘touch’, which can be provided by a relatively diffuse stream of air coming out of a hairdryer. This is by no means a well-controlled experiment, but it works (see Fig. 1, left-hand image)! 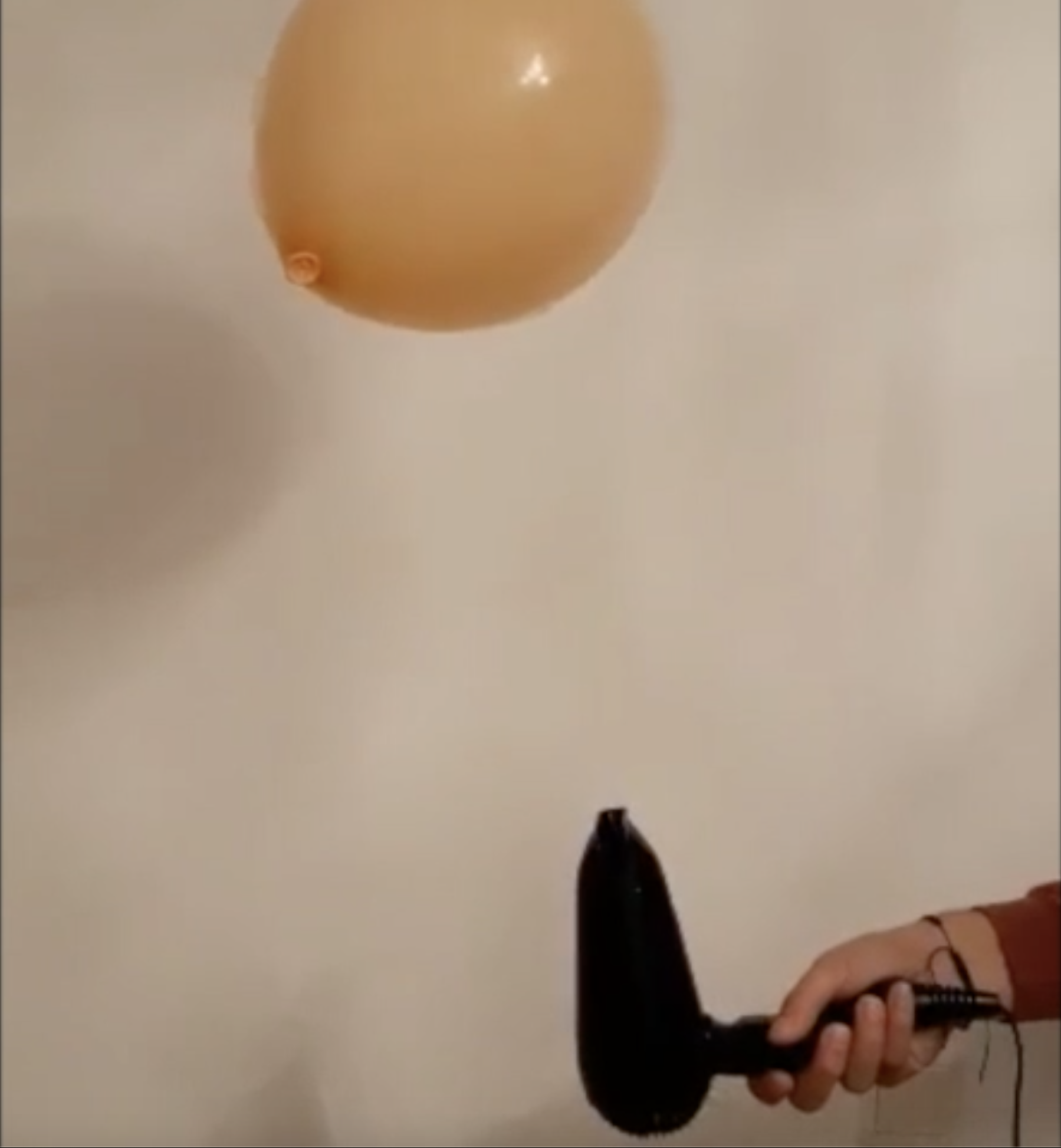 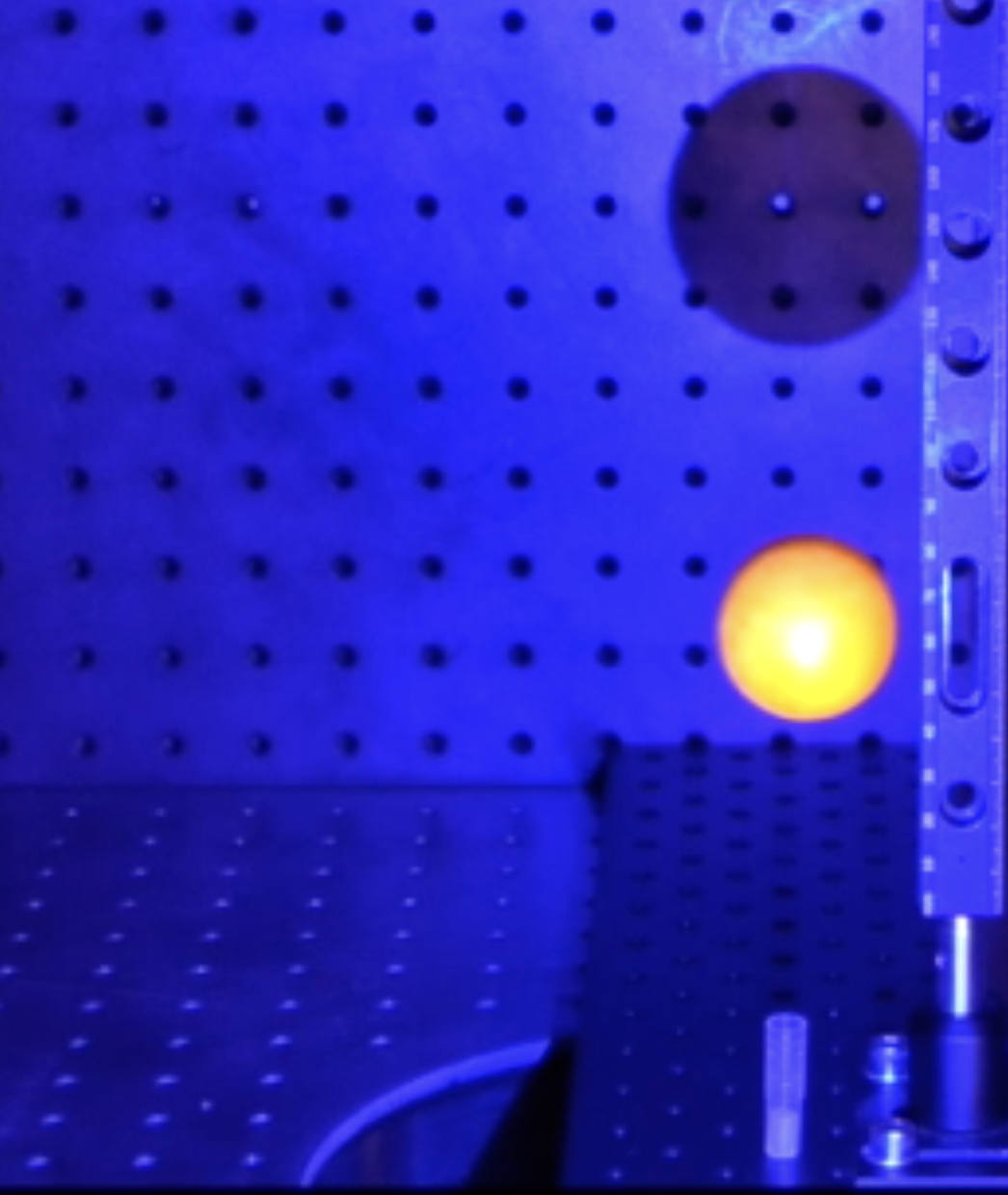 Figure 1 | Macroscopic visualisations of force balance: (left) balancing a balloon with a hairdryer, and (right) balancing a ping-pong ball with compressed air.

Now, let’s imagine a different type of experiment that requires a slightly larger degree of control. Here we want to manipulate instead a ping-pong ball. Hence, we remain in that same macroscopic world of the balloon, but now the hairdryer is no longer a sophisticated enough tool to allow us to balance the gravitational force experienced by the ping-pong ball. So we resort to a more refined tool, and we use a finely streamlined jet of compressed air, where the intensity of the air draught is controlled via a pressure valve (Fig. 1, right-hand image).

Extending this logical argument into the microscopic world, where measuring forces becomes admittedly much more challenging, we are in strong need of better, more refined tools. The last few decades have convinced us of the utility of optical tweezers and microfluidic-based hydrodynamic flow traps to confine microscopic objects in a very well-controlled manner. Yet, every experimental technique has advantages and disadvantages, and there are certainly limitations that accompany each one of those two revolutionary techniques.

Optical tweezers, for instance, require tightly focused light into a narrow region of space in order to establish the gradient force necessary for trapping a microscopic particle. This leads to two major complications: 1) significant heating of the sample due to the high optical intensity that is delivered locally, and 2) using probe-particles that obey a set of conditions, i.e. specific material, size, optical properties (refractive index), surface chemistry etc. These limitations are hard to overcome via this method without the need of very highly advanced non-linear optics, and even then, concerns remain regarding possible adverse effects on living systems.

On the other hand, hydrodynamic flow traps based on microfluidics require incorporating fabricated microchannels into the test sample, which poses geometrical constraints that could be next to impossible to overcome when performing experiments within closed living systems surrounded by a membrane. Furthermore, dynamically changing the flow profile in this type of traps has the disadvantage of constantly varying the local minimum of the potential, where the particle is trapped (the so-called ‘stagnation point’).

In our new method, we aimed to address many of the aforementioned challenges. Through the rapid scanning of a laser on both sides of a particle, we successfully formed via optical means a hydrodynamic trap at the particle position, which coincides with the stagnation point of the flow profile (see Fig. 2a). Thus, we were able to establish a linear force-extension relationship and measure femtoNewton-range forces that we obtained through a fine balance between our optofluidic forces and an external magnetic force (Figs. 2b-d). This hybrid approach leverages the optical control capabilities of optical tweezers with the non-invasive and contact-free nature of hydrodynamic trapping, thereby also lifting the limitations related to particle material, local heating, geometric constraints and spatially invariant stagnation point. In other words, I believe it allowed us to make a substantial advancement to the field of micromanipulation that holds great potential for determining important cause-and-effect relationships in the life sciences.

Living systems are extremely intricate, exhibiting very different and complex responses to mechanical cues. Decoupling the individual factors behind cellular signalling is an elaborate task, but we already know that many of the decisions that a cell takes are dictated by its interplay with the extracellular matrix. Changes in viscoelasticity, for example, could be an important indication that the cell is preparing to execute a particular function and so probe-free microrheological assays could be of great interest here. As part of my future outlook, I would like to extend the applications of our new optofluidic trap in-vivo, where lifting the requirements on the refractive index of the probe could mean that small compartmentalised structural features, which already constitute part of the cell, can be used as probes. This would additionally circumvent the need for non-destructively incorporating synthetic particles within the cell.

Finally, I would like to briefly comment on the potential inadvertent interference of the optically induced flows with normal processes in living systems. Admittedly, any experimental technique requires at least minimal perturbation in order to extract information from the sample. In a way, this is the price that one has to pay (perhaps the only exception being video particle tracking, where one passively observes colloids diffusing under Brownian motion). I believe, however, that further work will allow the effect of the flows on living cells to be carefully examined and subsequently decoupled from the biological response. And even if the generation of the flows itself turns out to be important for stimulating the observed biological response, then that could be of great interest too. In conclusion, it is perhaps worth noting that using thermoviscous flows to transport parts of the cell is one possible way to affect cell decisions, but one could equally well use our new thermoviscous trap to confine cellular entities and impede or completely suppress migration that is otherwise considered vital for the execution of key biological functions. 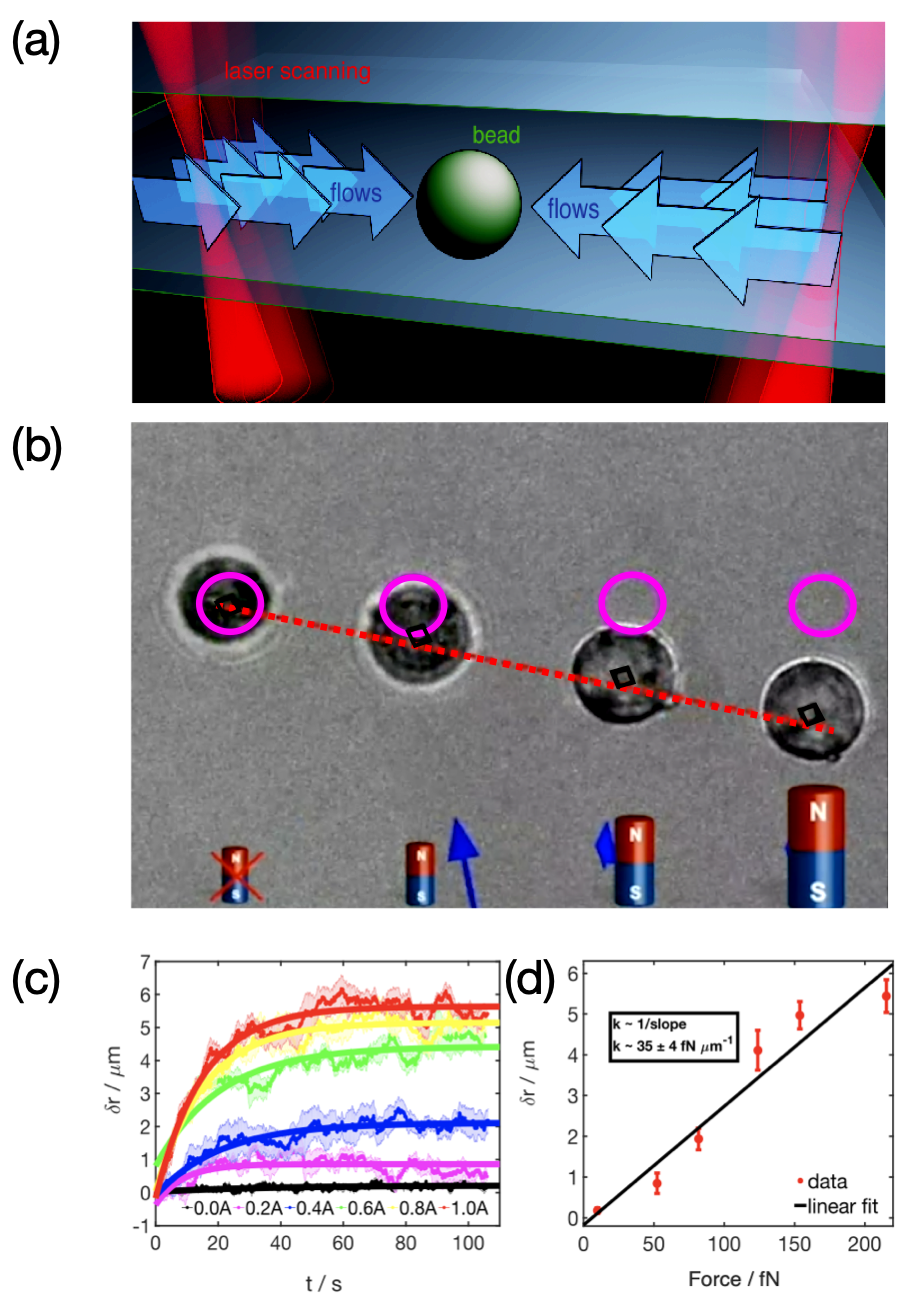 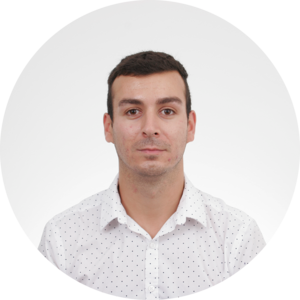