Optoelectronic devices made with organic materials have been attracted vast attention due to their mechanical flexibility, low cost, emission color tunability, and ultra-thin device architectures. One of the biggest issues frequently observed in organic light-emitting diodes (OLEDs) is that external quantum efficiencies (EQE) significantly decrease at high current densities which is termed as “efficiency roll-off”. Especially regarding prospectus current injection organic semiconductor laser diodes (OSLDs), the devices should operate at very high current densities in order to reach the higher photon density inside the laser cavity and then to reach the laser threshold. However, when using organic materials as the laser gain medium, the current injection generates 25 % singlet and 75 % triplet excitons, where only singlet excitons contribute to the laser emission. Besides, due to the long lifetime of formed triplet excitons, the radiative singlet exciton population decreases with time while the triplet exciton population increase, which is called the triplet accumulation. Therefore, when triplet accumulation takes place, the organic materials could not reach to its laser threshold, because the decreasing of radiative singlet population leads to hampering the photon density in the laser cavity. On the other hand, long-lived triplet excitons can quench the radiative singlet excitons by singlet-triplet annihilation (STA). Although this STA effect can be suppressed by designing and synthesizing organic molecules with a spectral separation between singlet emission and triplet absorption, it is difficult to avoid so-called triplet accumulation, especially at high current densities.

The devices with CBP host showed a rapid EQE roll-off beyond 20 mA cm-2 current densities (Figure 3a). Interestingly, the devices with BSBCz host show nearly complete suppression of efficiency roll-off at high current densities up to 500 mA cm-2 where after the devices break down due to joule heat under direct current operation. In order to investigate the quenching of radiative emission with time due to either triplet accumulation or by STA, transient electroluminescence (EL) measurements were taken using square pulsed voltages(Figure 3b,c). When the emitter molecules were doped into CBP host, severe quenching of singlet emission observed even at 50 µs pulses and beyond 20 mA cm-2 current densities. Surprisingly, devices with BSBCz host showed no EL quenching even at 1 ms long pulse width and 10 A cm-2 very high current densities (Figure 3c). These results are highly promising for prospective current injection OSLD devices in order to reach high photon density inside the laser cavity at higher current densities.

If you are interested in finding out more about this work, please refer to our paper published in Nature Communications; Suppression of external quantum efficiency rolloff in organic light emitting diodes by scavenging triplet excitons, or via the following link: https://www.nature.com/articles/s41467-020-18292-0 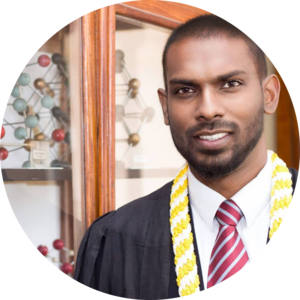