Neurotransistor emulating a neuron - towards a real brain-like computer

What is the primary factor enabling artificial intelligence to resemble the human brain? There are many possible answers. We show an artificial unit cell emulating the biological neuron, i.e. motion of ions in the membrane and integration of multiple input/output signals biased by external stimuli. 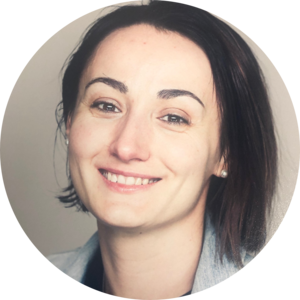 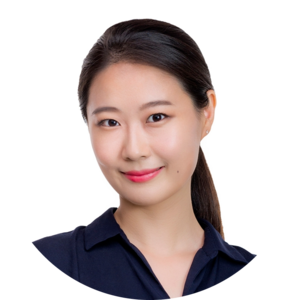 Learning processes similar to those occurring in a human brain can also be realized relying on brain-inspired computers. To implement a device like a biological neuron, it is necessary to trigger chemical processes occurring in a neuron cell directly within the electronic device. For example, the device should be able to transfer ions or molecules and store their instantaneous distributions as ‘states’, which should be subsequently controlled in response to external stimuli.

Our consortium has strong expertise in electronic devices based on silicon field effect transistors [1-3] that convert charges of a molecule into electric currents, e.g. chemical- and biosensors. Thus, we tried to find a suitable system that can emulate properties of the neuronal membrane using the principles of biosensors. Based on our know-how in controlling the concentration of ions or molecules in a close vicinity to silicon nanostructures, we explored the use of a sol-gel matrix as a promising route towards the realization of a cell-like environment as, for example, in RNA and DNA experiments in bioengineering [4]. Thus, we doped a sol-gel film with ions and applied it as a coating for silicon nanowire transistors. These transistors acquire the ability to perform the modulation of the electrical current caused by the ion redistribution within the sol-gel film (Figure 1).

Figure 1. Structural similarity between a neuron cell and a neurotransistor.

As a result, this hybrid device possesses a unique property that the sol-gel film delays a change of the gate potential of the transistor due to its large resistance to the movement of ions. This behavior of the ion-doped sol-gel film is nonlinear in time domain. Furthermore, this nonlinearity is strengthened in combination with the nonlinear current switching of the transistor (Figure 2). Therefore, neurotransistors transform a pulsed input signal into a sigmoidal weighting of the output current. This functionality resembles the operation of a neuron cell, where a membrane potential induces a sigmoidal change of the ionic current.

Our work is a significant step on the way towards merging neuromorphic nanoelectronic devices and conventional Si-based CMOS systems. We envision that the developed neurotransistors will perform as computing nodes in a complex neural network. When combining it with memristor devices as synaptic edges, the realization of the entirely brain-inspired hardware-based neuronal network becomes possible. Furthermore, a nonlinear operation of neurotransistors paves the way towards a functional variety in hardware machine learning, where the sigmoid function is self-tuned by time-dependent input signals.

This work represents a collaborative effort of 6 research institutions from around the world.