In the span of 10 years hybrid perovskites have achieved record power conversion efficiencies. Protecting perovskites from moisture is one of the largest challenges for commercialization of perovskite solar cells. Incorporating 2D perovskites with long alkylammonium chains is a promising solution.

Our research group at KTH Royal Institute of Technology, Sweden has investigated the effect of water-resistant long chain alkylammonium cations based 2D perovskites ((CnH2n+1NH3)2PbI4 where n = 14, 16, and 18 and hereon called C14, C16, and C18)  on the solar cell performance and stability of the solar cell devices.  In our previous work we demonstrated that the C14, C16, and C18 perovskites have unparalleled water stability when compared to 3D perovskites. In the case of C14, photoluminescence was observable from powders even after immersion in water for 96 hours. Conventional 3D perovskites completely decompose within seconds of immersion in water. The 2D coated 3D perovskites retain much of the moisture stability of the original 2D perovskites as will be expanded upon below. 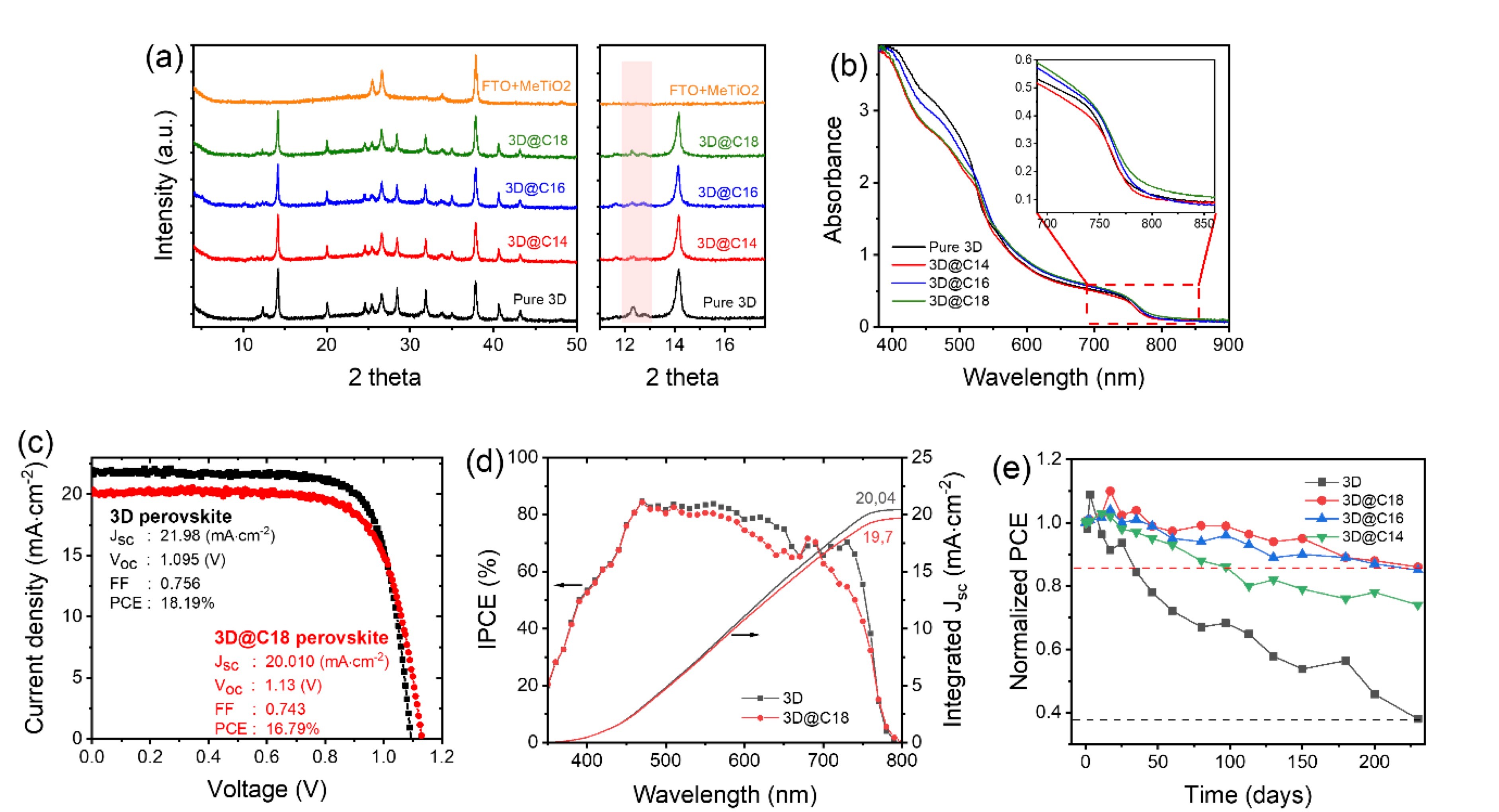 For champion solar cells, we obtained an efficiency of 18.19% for 3D only and 16.79% for 3D@2D based perovskite solar cells (see Fig. 1c). The 2D perovskite coating enhances the open circuit voltage of the solar cells compared to the 3D only solar cells. We further noticed that the slight drop in the photovoltaic efficiencies in 2D perovskite-coated cells is due to the lower photon-conversion efficiency compared with the 3D device (see Fig. 1d). Amongst the three different 2D perovskites we obtained highest PCE vales for C14 coated solar cells, and the PCE values gradually decreased with increasing the length of the alkyl chain. The concentration of the 2D perovskite solution also plays an important role in achieving the high PCEs as the higher concentration of 2D perovskites leads to a significant drop in the PCE values due to the formation of a thick 2D perovskite layer. The steady-state photocurrent-density measurements show stable Jsc and PCE for both 3D only and 3D@C18 devices, when monitored at maximum power point for about an hour.

This work proves that even long chain organic cation based 2D perovskites can be successfully used in encapsulating the 3D perovskites without much compromising the solar cell efficiencies.

More details can be found in our article published in Communications Materials (https://www.nature.com/articles/s43246-021-00200-8). 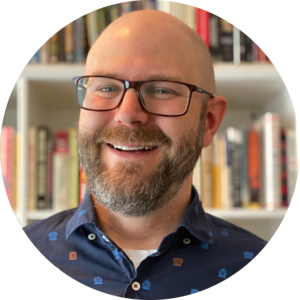