A new path towards spintronics and magnetochemistry may run through conical intersections
Yanze Wu
PhD Student, University of Pennsylvania
Follow
Like Be the first to like this
0

Spin is one of the most fundamental and profound observables in quantum mechanics, and manipulating spin is both popular and fruitful. Nowadays, many researches focus on manipulating spin in materials or solid state devices using spin-orbital torques or spin Hall effects; but in recent years, more and more evidence has emerged that spin polarizations can also arise in organic systems, for example, within the study of chiral induced spin selectivity (CISS).

In this communication, we explore a different potential approach for generating spin polarization that should be applicable for disordered organic systems: nuclear dynamics. Nearly thirty years ago, Berry and Robbins showed that if a system moves subject to a complex-valued Hamiltonian, the nuclei will feel a Lorentz-like force perpendicular to the velocity. And since the sign of the Berry force depends on the spin direction, nuclei with opposite electronic spin will feel different forces and perhaps explore different reaction pathways. Although such effects are usually negligible within chemical dynamics (where the Hamiltonian is routinely considered a real-valued object), here we identify one case where such effects can be extremely important: namely, for electronically excited dynamics where the dynamics should be mediated through a conical intersection connecting the two states but where there is also a nonzero amount of spin-orbit coupling. In such a case, using a simple two-state model, we show that the Berry force can become huge and dramatically affect nuclear motion.

The most striking conclusion from our study is that this huge, spin-dependent Berry force affect can be dominant even if the spin-orbit coupling is very small (as it usually is for organic or organometallic molecules) -- mostly because conical intersections are so delicate that, any perturbations of the Hamiltonian, can lead to significant dynamical changes. Looking forward, we believe the spin polarization originating from Berry force effects should have broad implications for a wide range of phenomena, including novel CISS effects, magnetochemical metal separations reactions, or perhaps even organic spintronic devices. 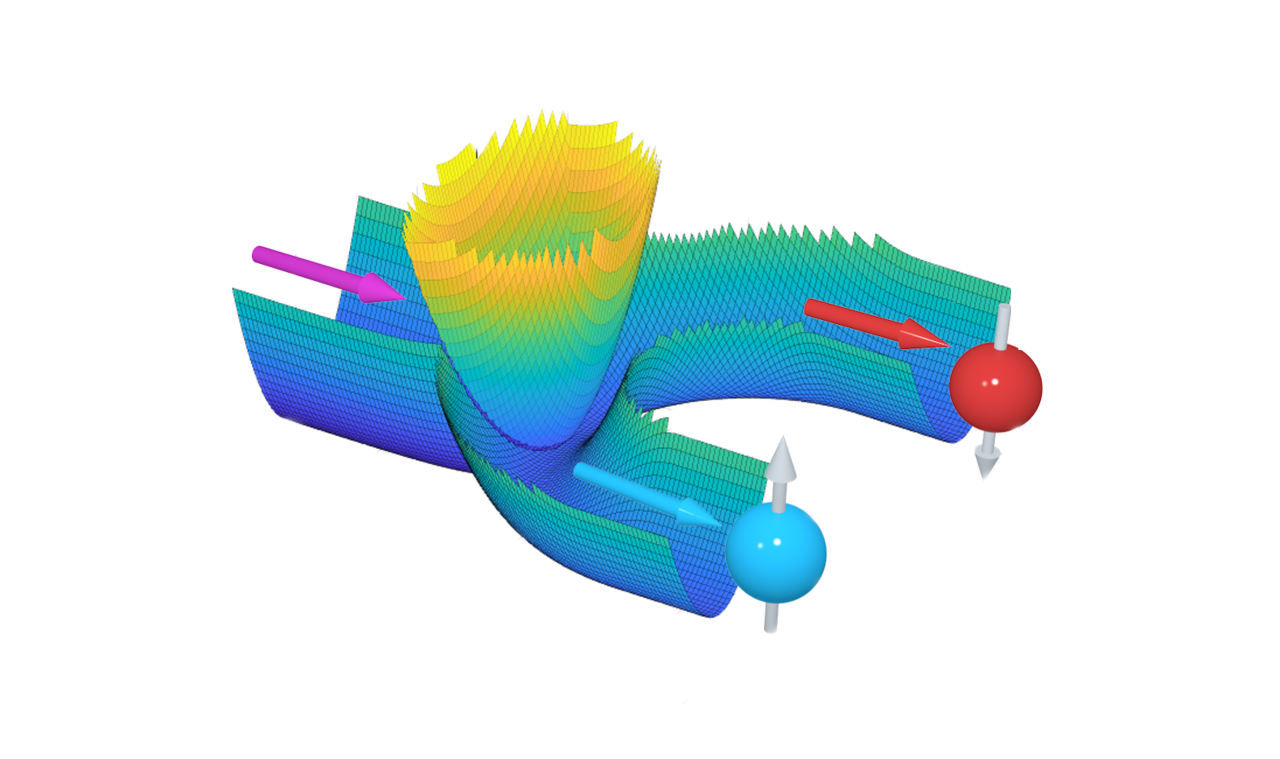