Magnetic manipulation of non-magnetic objects: Our solution to a seemingly paradoxical problem

We've discovered how to use rotating magnetic fields to dexterously manipulate objects made of metals that are typically considered non-magnetic. This has the potential to contribute a solution to the problem of space debris.

There's a lot of junk orbiting Earth, with more each passing day. This space junk, also known as "space debris" or "orbital debris," puts space vehicles and satellites in danger. NASA even has a Program Office devoted to the problem of orbital debris. If we, as a society, don't do something about it, the space around Earth could one day become so clogged with debris that it becomes unusable. This would have a major negative impact on the communication and navigation systems that form the backbone of our modern way of life. Some objects could be slowed down so that their orbit will decay and they will burn up in Earth's atmosphere. Other objects could be repaired to extend their useful life. If an object in need of repair is spinning out of control, it may be necessary to first de-spin it so as to not risk a destructive collision with it (which could create more debris!).

For over a decade, I and my collaborators have been exploring the use of magnetic fields to manipulate objects without any physical contact, with a particular focus on medical robots that navigate the human body, powered and controlled by magnetic fields generated outside of the body. For these problems, as well as similar problems being considered by researchers around the world, the object being manipulated has always contained magnetic material that was specifically incorporated to enable the object to be manipulated by magnetic fields. As a result, the techniques that have been developed to date are not applicable to the manipulation of space junk, which is largely made of non-magnetic metals.

When people refer to a material as being "non-magnetic", they typically mean that it is not ferromagnetic. Ferromagnetism is the strong form of magnetism that we think of when we think about permanent magnets, or about metals that are attracted to permanent magnets. Many metals exhibit some other, weaker form of magnetism, but it not likely to be useful to manipulate an object over a distance. Much of the junk in space is made of aluminum, which is paramagnetic (strictly speaking), but which we can view as non-magnetic in this context.

Today, our group at the University of Utah Robotics Center published results that we hope could one day contribute a solution to the problem of space junk. It, somewhat paradoxically, uses magnetic fields to manipulated non-magnetic objects. If a magnet is rapidly rotated near a metallic object, which is electrically conductive despite being non-magnetic, coupled forces and torques are generated on the object; we derived an empirical model of this phenomenon, using both numerical and experimental methods. If we partially surround a metallic object with multiple magnets and rotate them in a coordinated fashion according to our model, we can dexterously manipulate the object; that is, we can control its position and orientation independently. The "multiple magnets" can be stationary electromagnets (which is what we used in our paper), or one or more strong permanent magnets that are rapidly repositioned by robots.

The forces and torques that are generated in the metallic object are the result of eddy currents: when a metallic object is subjected to a changing magnetic field, electrons circulate within the metal, acting like miniature electromagnets that react against the magnetic field that made them. Our group is not the first to explore the use of eddy currents to affect objects in space. However, our group is the first to use multiple magnetic-field sources in a coordinated fashion to dexterously manipulate objects, taking eddy-current-based manipulation to the next level. The results described in our paper represent a major paradigm shift from the methods normally used by researchers in the magnetic-manipulation community.

Although we were motivated by the problem of space junk, the techniques that we have developed may have broader implications than we currently understand, including down here on Earth. We’re hopeful that this publication will motivate others to find applications for magnetic manipulation of conductive non-magnetic objects, as well as magnetic manipulation of unknown objects.

I would like to acknowledge my collaborator Tucker Hermans, the graduate students who conducted this research---Lan Pham, Griffin Tabor, and Ashkan Pourkand---and my previous graduate student, Jacob Aman, who was with Lawrence Livermore National Laboratory when this work was conducted; this was truly a collaborative effort. This work was supported by the National Science Foundation under Grants 1841845 and 1846341. I am particularly thankful for the National Science Foundation's Early-Concept Grants for Exploratory Research (EAGER) program. 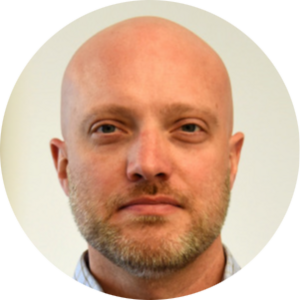