A community from Nature Research
Contributor Comms Physics
After the Paper

Lunch will be served from NOON

NOON states, described as quantum superpositions of “all and nothing”, have important applications in metrology. They are notoriously challenging to engineer. Publication of our work on an atomtronic switch guided us to the path for our next project, on the generation of cold atom NOON states.

In our  Behind the Paper post of 2018, Breaking eggs to make an omelette – how we cooked up an atomtronic switch, we describe how our project in the Mathematical Physics field of Quantum Integrability, and publication in Communications Physics, led to us joining the Device and Materials Engineering Community.  We proposed to realise our mathematical model of a switch by using a system of dipolar bosonic atoms trapped in a triple-well potential. Since that publication, our research has taken several exciting turns. First, on the back of our results, we drafted a large-scale funding proposal, in collaboration with colleague Phillip Isaac at The University of Queensland. We were successful in securing a grant through the Australian Research Council for a Discovery Project: Quantum control designed from broken integrability (2020-2023, AU$390,000).

One of our initial tasks was to understand how our device could be used to generate entangled states. During this study, we asked ourselves whether it was possible to manipulate the system to produce NOON states. Despite many efforts and much time, we were not successful in creating such a protocol. We published the results we had, and we moved on.

For the next study, we decided to investigate a four-mode generalisation, with the knowledge that four-well systems had been previously proposed for quantum interferometry. Through the insights gained in our study of entanglement, we realised early on that an integrable four-mode system provided the framework we needed for preparing NOON states. Very promising preliminary results were reported on arXiv, with Daniel Grün joining the team as a student based at Universidade Federal do Rio Grande do Sul. We are, at present, deep into designing protocols for NOON state generation using dipolar atoms in an optical lattice and looking to announce those results soon.

We have also been fortunate to have had the opportunity to communicate our research at several face-to-face conferences and meetings, before a global pandemic ushered in an era of physical distancing, working from home (or living at work), video conferencing, webinars, and virtual lectures. Karin, the lead author on the paper, spoke about our results at STATPHYS 27 held in Buenos Aires during July 2019. More recently, Angela was invited to present at Baxter 2020: Frontiers in Integrability, an international meeting celebrating the 80th birthday of Rodney Baxter FRS. Prof. Baxter is a pioneer in the field of integrability. His achievements have been recognised through several awards, such as the Boltzmann Medal and the Onsager Prize. The meeting was held in February 2020 at The Australian National University, Canberra.

It may be quite some time before we experience another conference group photo like this. 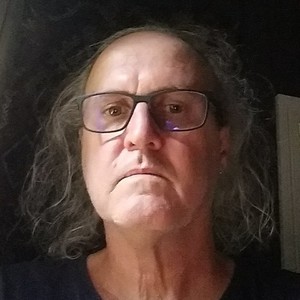 Reader in Mathematical Physics, The University of Queensland

Jane
about 1 year ago

Definitely, "Science does not know any national borders", Looking forward to speak in person with Karin to know more about it of her complex and important work. Congrats Karin and your team for your efforts and acheivments. Well done!!!