Here we report a new CdTe solar cell doping approach with great potential using a solution method via an ex-situ diffusion technique at low temperature (<230 ºC). The As doped CdSeTe solar cells with a decent efficiency of 18% and a breakthrough activation ratio of ~ 5.88% are obtained.

CdTe solar cell represents the most successful commercial thin film solar technology by taking advantage of its fast manufacturing and short industrial chain. So far, most of the manufacturing processes of CdTe-based PV modules include three critical steps, i.e., fast absorber (CdTe or CdSe/CdTe) deposition, CdCl2 treatment, and Cu doping (~200 oC). The champion power conversion efficiency of CdTe solar cell stays at 22.1%  demonstrated by First Solar, Inc in 2016. However, there is no higher efficiency reported in the past five years due to the formation of Cu-related compensative defects, the low hole density of the absorber (~1014 cm-3), as well as the low photovoltage (generally < 870 mV). Particularly, the high spatial diffusivity of Cu in the CdSeTe absorber layer possess a risk of device degradation in the long run.

Recently, to accomplish a higher efficiency and better stability, CdTe community is trying to replace Cu via group V element dopants, such as phosphorus (P), arsenic (As), antimony (Sb), and bismuth (Bi). For example, National Renewable Energy Laboratory (NREL) and First Solar Inc. have demonstrated a high hole density of 1×1017 cm-3 and power conversion efficiency (PCE) of 20.8% through an in-situ group V doping, where cadmium arsenide (Cd3As2) powder play as dopant source during vapor transport deposition (VTD) deposition. This in-situ As doped CdTe could significantly improve the stability of the CdTe device. However, high temperature activation processes around 600 ºC is required and the dopants activation ratio is low around 1.5%. Therefore, effectively activate the incorporated group V ions at low lower temperature becomes a critical issue to further improve device performance beyond 22.1%.

Here we report a new doping approach with great potential using a solution method via an ex-situ diffusion technique at low temperature (<230 ºC). The As doped CdSeTe solar cells with a decent efficiency of 18% and a breakthrough activation ratio of ~ 5.88% are obtained. This work is inspired by the traditional low-temperature ex-situ CuCl doping after the CdCl2 treatmen. Here, we employ group V chlorides (e.g., PCl3, AsCl3, SbCl3, and BiCl3) as the group V dopant sources in CdSeTe solar cell post CdCl2 treatment as shown in Figure 1. Especially, these group V chlorides need noble gas protection to prevent their hydrolysis and/or toxicity. 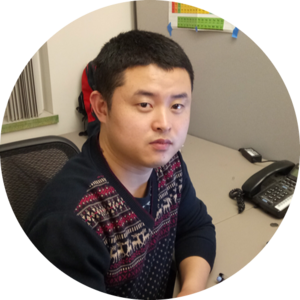