A community from Nature Research
Contributor Comms Engineering
Behind the Paper

In this work, we developed an improved sonar imaging system which visualises and interprets sonar echoes better than conventional sonars. How did we get there? We drew inspiration from nature - dolphins !
Hari Vishnu and Hari Vishnu
2 contributors
Like Liked by Ros Daw and 3 others
0

Hari Vishnu and colleagues use signal processing that exploits sparsity information to visualise dolphin echolocation signals during object interrogation. The approach is then combined with transmission of dolphin-like click signals towards a compact acoustic imaging tool.

Dolphins scan their environment acoustically by transmitting sound pulses called echolocation clicks onto nearby objects. The echoes from these are received by the dolphin, providing it an acoustic sensing of its surroundings like a directional acoustic flashlight. This biological sonar of dolphins is powerful, and superior to man-made imaging sonars of its size. The dream of replicating this sonar’s performance is not lost on scientists, who have been trying to analyse, reverse-engineer and replicate it by understanding the question: "What makes the dolphin sonar so powerful?".

Wouldn’t it be great if we could create a small, effective imaging sonar with the size of the dolphin head, that can be mounted on underwater robots or small boats and used for seabed mapping/object detection ? Such a capability would be particularly important for ocean exploration, a task that is especially relevant in the light of the  ongoing UN Decade of Ocean Sciences.

This has been studied since the 1950s, and lots of progress made. Researchers have replicated some features of dolphin sonar in man-made devices and shown that these can improve our sonars. We, too, are intrigued by this problem, and have been studying dolphin biological sonar with specific emphasis on the following question - scientists have been looking at the hardware aspects of the dolphin's sonar, but how much do we know about the 'software'? If millions of years of evolution has led to such an effective echolocation capability in the dolphins, they must have also developed capabilities to use (process) the echoes they receive efficiently to interpret their environment.

Unfortunately, this question is hard to answer fully without assessing the dolphin brain to understand what exactly it perceives. But strides have been made on this front. One study methodology developed for this involves experiments where the dolphin acoustically scans an object underwater, and then picks the matching object from a set of alternatives provided in air. This experiment ensures the dolphin matches information from one sensory modality (acoustics) to another (visual), by perceiving the object shape or its features in some way.

Unfortunately, using conventional processing, you can't see much of the object in the visualisation. So, this processing is too rudimentary to capture the shape features, and fails where the dolphin succeeded. Can we do better with the data available to us ?

One way is to use prior information. This is something humans do all the time - we turn our understanding of reality into expectations that can speed up our inferences and decisions. Eg., in the absence of other info, the human eye/brain assumes the light on an object is falling from ‘above’. Could the dolphin be using priors for its processing, and are there priors we can use to process the echoes better ?

Well yes, we do know something beforehand about the objects scanned in this study - they have well-defined boundaries (are not diffuse, like say, dust clouds), and occupy only a small fraction of the space being scanned, i.e there is ‘sparsity’ of the object. This information is useful, because we can now expect that our visualisation of echoes (from the dolphin and biomimetic sonar) should only contain a few parts that correspond to an object.

We incorporate this info into our sonar, and the new approach works better than a conventional approach and helps us see the object features, as you can see in the figure. Thus, we get one step closer to the size-performance tradeoff of the dolphins. A fist-pumping moment !

The success of this opens up many exciting directions for us to explore. What other ‘priors’ can we use to push our sonar performance further ? And so on. Exciting research directions lay ahead.

A general framework for quantifying uncertainty at scale

Mapping of the mechanical response in Si/SiGe nanosheet device geometries 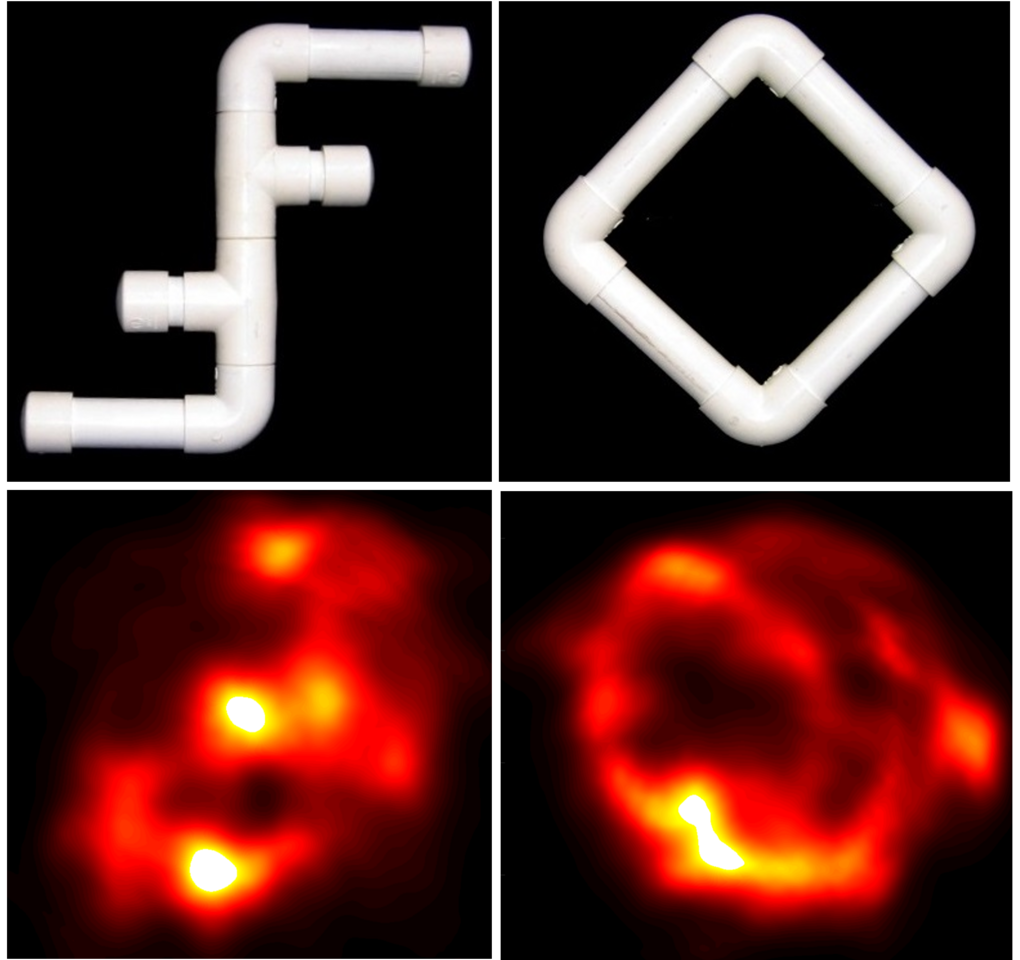 In this work, we developed an improved sonar imaging system which visualises and interprets sonar echoes better than conventional sonars. How did we get there? We drew inspiration from nature - dolphins !