A community from Nature Research
Contributor Nature Physics
Behind the Paper

Superconductivity is a quantum effect that, despite years of research, is still limited to very low temperatures. By exposing a molecular solid to finely tuned pulses of intense laser light, we have now succeeded in creating a metastable state with vanishing electrical resistance for nanoseconds.
Matthias Budden
Postdoctoral Researcher, Max Planck Institute for the Structure and Dynamics of Matter
Follow
Like Liked by Daniel T Payne
0

Evidence for light-induced superconductivity in K3C60 was limited to optical methods due to the short lifetime of the phase. Extending the lifetime from picoseconds to nanoseconds now allows measurement of its negligible electrical resistance.

Superconductivity is one of the most fascinating and mysterious phenomena of modern physics. When certain materials are cooled below a critical temperature, it describes the sudden loss of electrical resistance that is accompanied by perfect diamagnetism. However, the need for strong cooling still limits the technological usability of these materials.
In recent years, research by Andrea Cavalleri’s group at the Max Planck Institute for the Structure and Dynamics of Matter (MPSD) in Hamburg, Germany has revealed that intense pulses of infrared light are a viable tool to induce superconducting properties in a variety of different materials at much higher temperatures than would be possible without photo-stimulation. Signatures of superconductivity above the equilibrium critical temperature were first reported in the cuprates [1,2] but later work has also been dedicated to organic conductors [3–5]. Among these, the alkali-doped fullerides, which are based on ‘soccer ball’ molecules formed by 60 carbon atoms, are particularly interesting candidates for light-induced superconductivity. Not only are they equilibrium superconductors with relatively high critical temperatures (~20 K for K3C60), but pairing in these compounds is also known to be mediated by local vibrational modes that could be accessed indirectly by stimulation with light.
In 2016, Matteo Mitrano and co-workers achieved a breakthrough when they discovered that irradiating K3C60 with mid-infrared laser light increases its transition temperature to more than five times the equilibrium value. Follow-up experiments by Alice Cantaluppi et al. supported the evidence for such light-induced superconductivity by revealing a pressure dependence consistent with this hypothesis.

The exotic light-induced states, however, have so far persisted for only a few picoseconds, limiting the experimental methods for studying them to ultrafast optics. This was the starting point for our new research project aimed at extending the lifetime of this superconducting state.

The key ingredient for an extended lifetime was the development of a new type of laser source that can produce high-intensity, mid-infrared light pulses with a tunable duration from about one picosecond to one nanosecond [6]. This unique light source is based on the synchronization of high-power gas lasers with relatively long nanosecond pulses to the ultra-precise rhythm of much shorter solid-state laser pulses. Remarkably, the excitation of K3C60 with such sustained optical drives increased the lifetime of the light-induced state by more than four orders of magnitude, up to multiple nanoseconds. This new discovery made it possible to directly study the resistance of the sample by applying nanosecond-long current pulses using standard high-speed electronics. Strikingly, this direct electrical probing yielded a vanishingly small resistance with a similar extended relaxation time as that estimated by ultrafast terahertz conductivity measurements.
When such long and intense pulses of infrared light hit a material, they can induce molecular vibrations, lattice distortions and even changes in the electronic configuration. Given the complexity of these processes, it is not surprising that several vastly different theories have been proposed to describe the physics of light-enhanced superconductivity. Although a microscopic description of light-induced superconductivity in K3C60 is still missing, these results represent a new benchmark for current theories. Together with Dieter Jaksch and Frank Schlawin of the University of Oxford, we developed a theoretical model describing the dynamics after excitation by slow randomization of the order-parameter phase.
Most importantly, our work paves the way for pressing experiments on a photo-induced Meissner effect and inspires thoughts about future applications of superconducting circuits in integrated devices based on state-of-the-art high-speed electronics. 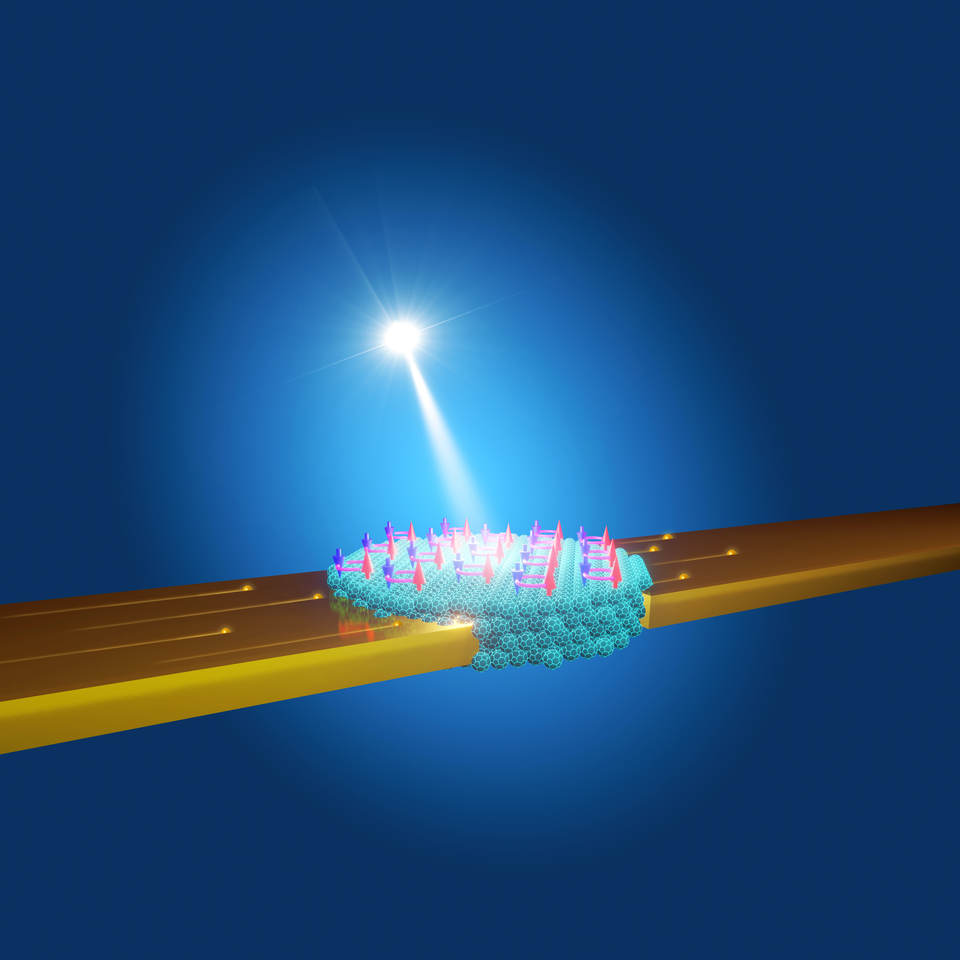 Superconductivity is a quantum effect that, despite years of research, is still limited to very low temperatures. By exposing a molecular solid to finely tuned pulses of intense laser light, we have now succeeded in creating a metastable state with vanishing electrical resistance for nanoseconds.