In free space optical communication, the light beam carrying the user information is very much vulnerable to the changing atmospheric conditions. For instance, atmospheric turbulence present can incorporate unwanted distortions into the light beam. Such distortions in turn lead to either loss of information or wrongly detected information. As stated already the Zernike polynomials till date have been used only for aberration correction at the receiving station in a free space optical communication system. However, we propose a technique to use these polynomials for encoding the user information by modulating the phase of the transmitted beam in a free space optical communication system. The proposed technique has an inherent mechanism to implement turbulence compensation at the receiver. Thus our technique does not require an extra aberration correction system and yet can get rid of the externally induced inaccuracies in the beam. Besides the Zernike polynomials being orthogonal and part of a complete basis set, allow multiple modes, as a summation of various modes, to propagate simultaneously. The use of multiple strengths for each mode further increases the data transfer rate. Our scheme requires only a single phase modulating device at the receiving station. At the receiver, the information in the form of amplitudes of Zernike modes can be easily decoded with the help of a suitable wavefront sensor. Apart from all these features, the proposed technique has an enhanced security feature. The information transmitted can be decoded only if the receiver has a number of key information such as the particular polynomials used for encoding the information, the amplitude of each mode and the look up table relating the amplitudes of the modes with the user data. Keeping in view of all these features our scheme is likely to have an excellent scope in future free space communication applications. Below is the link to our paper published recently in Communications Physics (https://www.nature.com/articles/s42005-020-00468-1). 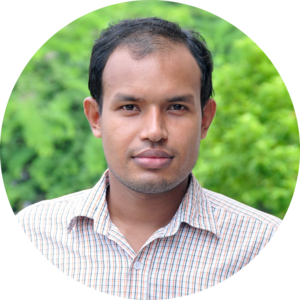