A community from Nature Research
Contributor Nature
After the Paper

What happens after you publish a paper in Nature as a Ph.D. student? Quite a lot!
Michael Hoffmann
PhD Student, NaMLab gGmbH
Follow
Like Be the first to like this
0

Unveiling the double-well energy landscape in a ferroelectric layer - Nature

A ferroelectric thin film that behaves as a single domain is found to exhibit both negative capacitance and the predicted double-well polarization–energy relationship.

In January of 2019, when our paper entitled “Unveiling the double-well energy landscape in a ferroelectric layer” was published in Nature, I expected it to be received somewhat controversially. Not because I wasn’t convinced of the paper itself, but because the community working on ferroelectric devices and negative capacitance was quite polarized at the time (no pun intended) and still is. However, in terms of impact, I did not expect how much attention our paper would receive. Besides over 100 citations as of now, it was highlighted in Nature Electronics, Science Bulletin as well as Physicsworld.com and was also mentioned in the “A century of ferroelectricity” editorial in Nature Materials and a recent perspective article on ferroelectric hafnium oxide in Science.

As the first Nature paper of our lab (NaMLab, Dresden, Germany) and the first on ferroelectric hafnium oxide, it helped to bring more attention to the work of our group and the topic in general. After its publication, I received multiple e-mails per week for many months with inquiries about the paper, which I had not expected. I have spent a considerable amount of time trying to respond to all of these messages. Among them was some very helpful and constructive feedback as well as some less constructive criticism. However, all of this feedback has helped us to better understand our experimental results and inspired some subsequent studies, e.g. https://ieeexplore.ieee.org/document/9046415. Furthermore, after the publication in Nature, we were invited to write several further papers on the topic, e.g. for Nature Electronics as well as a more accessible description of our findings for the German physics journal Physik in unserer Zeit, which was a lot of fun to write.

In addition, I have since been invited to several international conferences to talk about my work on negative capacitance and even asked to give some tutorials on the topic, which has been a great opportunity to network and to engage with other researchers and different opinions. From a career perspective, the paper has certainly increased my visibility in the scientific community, which has led to many new opportunities for future research collaboration and job opportunities. The overall experience has also strengthened my resolve to further pursue a career in academia. After the successful defense of my Ph.D. in July of 2020, I am planning to continue working on hafnium oxide-based ferroelectrics, which to me still hold a huge potential for applications as well as more fundamental research questions. In the medium-term, I want to start my own research group and explore these topics further.

As for the future of negative capacitance, there is still a lot of work to do, as we have recently outlined in a comment article in Nature Electronics (“What’s next for negative capacitance electronics?”). While the existence of the basic effect has been confirmed rather conclusively, there are still significant obstacles which must be overcome before negative capacitance might find its use in practical applications. No matter how this will play out, I am optimistic that we will learn a lot about ferroelectrics along the way. 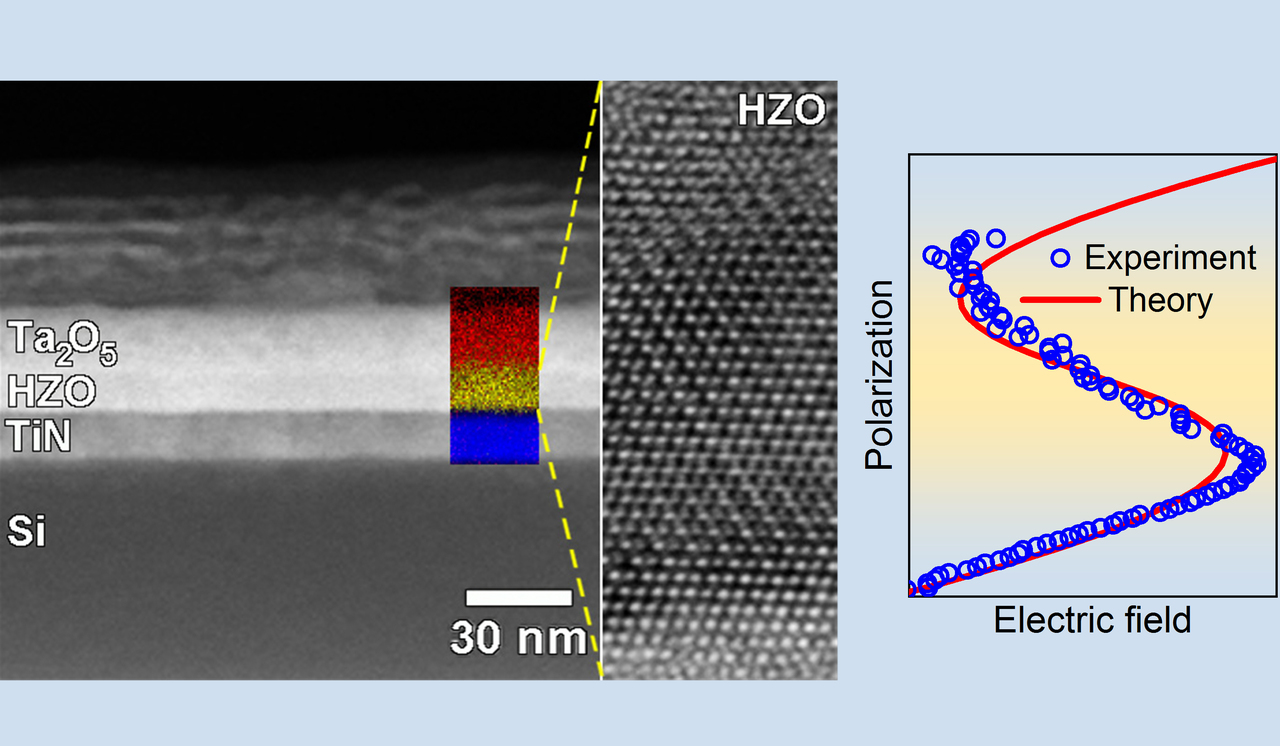 What happens after you publish a paper in Nature as a Ph.D. student? Quite a lot!