In the field of fluorescent proteins (FPs), “dimness” has a negative connotation. Since their discovery, FPs have been extensively engineered to produce brighter and brighter variants. And right so, because brightness is crucial for several applications. But then, are dim/dark† fluorescent proteins pointless? Are there any applications which could potentially benefit from such a characteristic, where fluorescence would be rather disadvantageous?

This is the question we asked ourselves when brainstorming about starting a new project on FP development. In fact, dim/dark FPs have already been used as acceptors in lifetime imaging with Förster resonance energy transfer (FLIM/FRET) experiments 1–3, where only the donor lifetime provides meaningful information while the acceptor lifetime is irrelevant. What if we exchanged the donor-acceptor characteristics in a FRET pair, and made the donor dim instead? Using dim/dark FP as a FRET donor is counter-intuitive, but the energy transfer is actually a fast process, and therefore occurs efficiently. The technique which would benefit from such an intervention, would have to focus on the acceptor to extract relevant information. We reasoned that hetero-FRET fluorescence anisotropy satisfies this requirement. In hetero-FRET fluorescence anisotropy, the donors aligned in parallel with the polarized excitation light get preferentially excited and transfer the excess energy to their acceptor. The readout is acceptor polarization, which is different compared to that of the excitation light (and the donor’s). The donor bleedthrough can significantly interfere with the readout of the acceptor anisotropy value, making it appear falsely higher.

To obtain pure acceptor anisotropy signal, we developed a dim donor based on green FP Sapphire (H9-40), which we named Geuda Sapphire (GeuSap) inspired from the milky-white semitransparent gemstone. GeuSap is capable of efficient absorption and energy transfer, but is not a potent photon emitter, which makes it a good donor for hetero-FRET fluorescence anisotropy (Figure 1). By using GeuSap as donor and yellow FP cpVenus as acceptor, we were able to quantify the relative orientation of the FRET pair. This led to the development of FADED (FRET-induced Angular Displacement Evaluation via Dim donor), a new mode to quantify FRET based on relative orientation rather than proximity.

† We refer to dim fluorescent proteins when the protein shows strong absorption but low quantum yield. 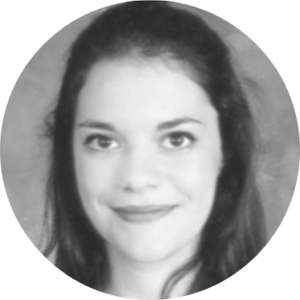