All-dielectric nanophotonics has recently emerged as a new platform to confine light to subwavelength dimensions. In analogy with extensively studied metallic plasmonic nanoparticles, nanostructured high-index dielectrics exhibit electromagnetic Mie resonances [1]. These resonances stem from light-induced currents in the high refractive index dielectric material, with both electric and magnetic character, and their frequencies can be tailored by engineering the antenna geometry. With this approach novel and appealing optical properties have been demonstrated, such as interference between multipolar resonances for control of the antenna directivity, enhanced non-linearities, and high-quality factor optical resonances linked to the physics of bound states in the continuum. Optically resonant subwavelength structures further possess enhanced local electric fields at the nanoscale, opening a route for control of light-matter coupling with dipole emitters. A paradigm of nanophotonic research lies in the realization and investigation of the coupling of luminescent emitters to these electromagnetic resonances. For this task, molecules or nanostructured materials have been extensively studied in the last decades as they can be positioned around optical nanoantennas and employed to investigate the light-matter coupling between dipoles and strongly localized electromagnetic fields.

Transition metal dichalcogenides (TMDs) are a class of two-dimensional semiconductors with extremely stable excitons and high oscillator strength [2], resulting in an exceptional degree of interaction with photons - a single layer of material, less than 1 nm thick, can absorb more than 10% of light. They thus provide an ideal candidate material for nanophotonics applications, due to tightly bound excitons being stable up to room temperature. Between TMDs semiconductors, WSe2 monolayers have attracted attention for their peculiar band structure and the presence of native single-photon emitters: the building block of optical quantum technologies [3]. These quantum emitters can be positioned with nanoscale precision by inducing a mechanical deformation in the thin semiconducting layer, for instance, by transferring it on top of engineered nanostructures [4].

In our previous work [5] we demonstrated the enhancement of light-matter interaction between excitons in atomically thin WSe2 and dielectric nanoantennas made of high refractive index gallium phosphide (GaP) at room temperature. As shown in Figure 1a below, by "stamping" the 2D semiconductors directly on top of the resonant nanostructures, in this case composed of two closely spaced nanodisks, we achieved extremely close spatial coupling of the excitons to the strong near-field electric field located at the surface of the nanoantennas and in the gap between the single pillars. Through this interaction, we could observe bright excitonic photoluminescence intensity and a simultaneous reduction of the radiative lifetime, the evidence of a core mechanism behind coupling emitters to optical cavities: the Purcell effect. Owing to the peculiar properties of this hybrid system, we further investigated the profile of the mechanical deformation, or strain, induced in the semiconducting monolayer by the nanoantennas [6], of fundamental interest to understand the nanoscale positioning of strain-induced quantum sources in WSe2. As shown in Figure 1b, we found that the largest tensile strain is located at the edge of the nanoantenna, where the near field intensity is also maximized, and corresponding to the region where the strain-induced quantum emission is expected to form.

In our latest work [7], we combine these previous studies to investigate the coupling of single-photon emitters in monolayer WSe2 to GaP dielectric nanoantennas. At cryogenic temperatures, we observe bright single-photon emission, highly localized at the position of the hybrid 2D-nanoantenna system. We compare the optical properties of WSe2 quantum emitters coupled with GaP nanoantennas with those of quantum emitters positioned on silica nanopillars, which do not exhibit any optical resonances, previously employed to demonstrate the nanoscale positioning of WSe2 single-photon sources [3]. We found a large enhancement of the luminescence intensity from quantum emitters on GaP nanoantennas, from 100 to 10000 times compared to emitters on silica, which further exhibit extremely low saturation powers in the order of few femtoJoule excitation energy per laser pulse. We show that the key to this enhancement is the increased quantum efficiency of the quantum confined state, achieved through the near-field coupling with the nanoantennas resonances. We estimate an average efficiency of 21% on GaP nanoantennas, with a maximum of 86%, and an average efficiency of 4% for emitters on silica nanopillars. This efficiency enhancement confirms the coupling of the single-photon sources with the optical resonances of dielectric nanoantennas, opening new ways to engineer bight quantum light based on 2D materials.

An open question in the field of 2D WSe2 quantum emitters is the exact origin of this single-photon emission. Many theories have been proposed, for instance, the modulation of the band structure via strain, single structural defects, or excitonic intervalley processes. Figure 2b shows the schematic of the proposed formation process of strain-induced quantum emitters in WSe2. Here, strain modifies the local WSe2 band structure creating a potential trap that can capture single excitons, which would then recombine to the ground state through the emission of a single photon. However, the idea of a single exciton captured in a potential trap does not fit all the experimental pieces of evidence. For instance, this kind of single-photon emitter is only observed in tungsten-based TMDs, while in molybdenum-based TMDs, such as MoSe2, the appearance of strain-induced emitters is heavily suppressed. An explanation for this discrepancy can be related to one of the main differences between these two types of TMD materials. Contrary to MoSe2, in WSe2  the lowest-lying energy state is a dark exciton state, which is forbidden to recombine with a radiative process and thus provides a large reservoir of excitons looking for a way to decay to their ground state.

Harnessing the high quantum efficiency in our single-photon sources we can get insight into the formation process of strain-induced quantum emitters, owing to the reduced non-radiative processes occurring in the formation and following radiative relaxation of the single-photon emission. We investigate the power dependence of the time-resolved luminescence of a nanoantenna coupled emitter with high quantum efficiency. We show that the dark exciton reservoir lies at the heart of the quantum emission in WSe2, by feeding the quantum confined state with a single exciton within each excitation laser pulse. This process is evidenced in experiments by a nanosecond formation time at extremely low powers, where we can further reduce the impact of non-radiative processes. This long formation time can only be ascribed to a long-lived dark exciton reservoir in the monolayer WSe2, as bright excitons will recombine radiatively within few picoseconds [2]. To support our hypothesis, we created a rate equation model, schematically shown in Figure 2c, where the dark exciton reservoir feeds the single-photon state. We solved the system analytically and found full agreement with the experimental data. 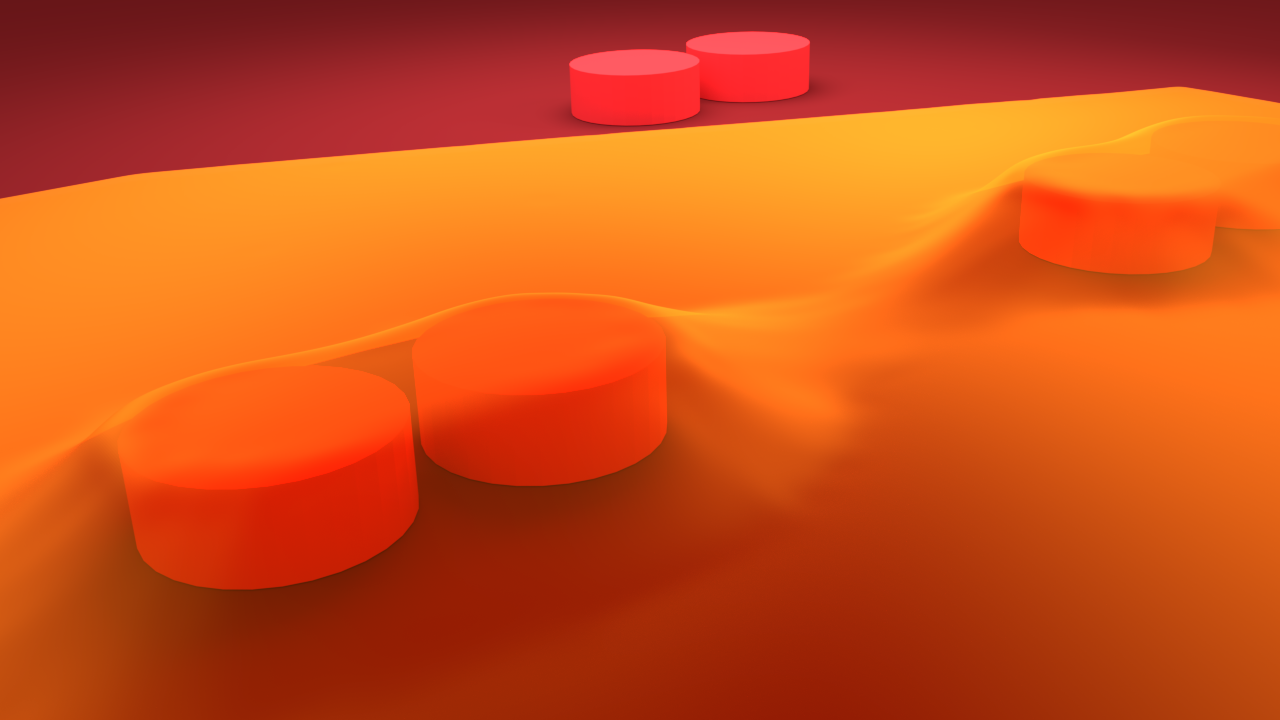