The discovery of cryogenic liquid water by lipidic mesophase nanoconfinement provides a new possible approach to understand survival mechanisms in simple and primitive forms of life at extremely low temperatures.

For the last decades, lipidic mesophases (LMPs) have been widely used to study the enzymatic reactions and drug delivery since the amphiphilicity of LMPs enables the diffusion of both hydrophilic and hydrophobic substrates and products. Our idea was to use LMPs as a platform to study water under soft confining system at subzero temperatures and conduct cryo-enzymatic reactions within. The primary task was to find a lipid which remains unfrozen (i.e. which does not crystallize) at subzero temperatures. Two years ago, a novel lipid, dicyclopropylmonolinolein (DCPML), enabling stable lipidic mesophases at subzero temperatures was synthesized in the groups of Prof. Ehud Landau at University of Zürich and Raffaele Mezzenga at ETH Zürich, Switzerland (Nature Nanotechnology, 14, 609-615, 2019). The lipidic mesophase based on DCPML exhibited great potential in further studies of cryo-enzymatic reaction and the physics of soft confined water at subzero temperatures. Unfortunately, the main obstacle to the development of this project was the complex organic synthetic procedures of the lipid, with low yields and complex synthetic procedures. Frustrated but not discouraged, we decided to overcome this problem taking a different approach. We started to explore the unfrozen lipid from the perspective of molecular structure. From a number of lipid molecules, the molecular structure of phytantriol, a commercially available lipid, demonstrated the potential of remaining unfrozen due to its isoprenoid-like branched C16 chain, which was later confirmed by differential scanning calorimetry (DSC) measurements. The discovery of the commercially available phytantriol took the whole project to a new dimension.

The following step was to understand the crystallization and dynamics of water confined in phytantriol-based LMPs. The physical properties of confined water are essential in the application of LMPs. To study the crystallization of confined water, DSC with the general tool. However, the unavoidable supercooling effect of the method hindered revealing both the critical crystallization temperature and the accurate enthalpy of ice. To overcome this limitation, we programmed an annealing thermal procedure (isothermal DSC approach) where confined water was given enough time to crystallize at a certain temperature. In this way, the exact fraction of frozen and unfrozen water in each sample was obtained from the calculation of heat enthalpy. Later, we used broadband dielectric spectroscopy (BDS) to understand the dynamics of confined water. The difficulty lied in the analysis and the interpretation of the BDS spectra. First, the parameters obtained from the fitting of bulk phytantriol spectra were used as fingerprint in the fitting of phytantriol-water systems. By combining the DSC and BDS studies, we could provide a fundamental and comprehensive understanding of the physical status of water in confinement of LMPs at subzero temperatures. At certain water content, confined water can remain completely unfrozen down to -120 °C.

In the final step, we introduced two model enzymes HRP and GOD to illustrate that the discovered LMPs are as an ideal platform for cryo-enzymatic reactions. The suggestion from one of our reviewers to include lipase as another enzyme performing hydrolysis in water was of great help to us to further highlight the generality of the approach in supporting cryo-enzymatic reactions. In this reaction the presence of liquid water was crucial as it participates in the reaction as substrate. We spent the Christmas break (with the working permits from our institution) working on the lipase reaction in LMPs and results were exciting. Cryo-enzymatic lipase hydrolysis reactions were successfully performed in LMPs at -10 °C and -20 °C. Taking together the success of HRP, GOD, and lipase reactions in these systems indicated that LMPs support enzymatic reactions with both hydrophilic and hydrophobic substrates. We think that our finding could have a rather immediate impact on bionanotechnology and biochemistry, but also illuminate the principles of life fundamental chemical reactions under extreme temperature and confinement conditions.

Figure 2. Schematics of GOD-HRP cascade reactions (a) and hydrolysis of Np-ace by lipase (b) confined in the lipidic mesophase.

For detailed information, please refer to the full article in Nature Nanotechnology: 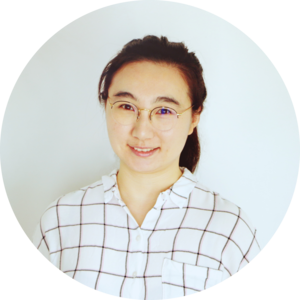