Dating back on 1831, John K. Mitchell firstly explored the gas penetrate through balloons and the degree of penetrativeness depends on the type of fluid. This historical observation marks the beginning of research on gas separation membranes. Later in 1866, Thomas Graham explored the parting of the oxygen and nitrogen of the atmospheric air and established the most widely accepted model of gas transport in nonporous polymeric membranes, the so-called solution-diffusion model. In nearly a century afterwards, little progress had been made in gas separation membranes.

In late 1970s, hollow fiber membranes for hydrogen recovery were developed by Monsanto signifying the first commercialization of gas separation membranes. Since then, polymeric membranes have been dominating the gas separation market, for instance, polymer membranes account for 90% of market for CO2 removal from natural gas. While one can debate pros and cons of organic vs. inorganic membrane materials for decades, polymers remain to be the state-of-the-art membrane material and likely continue to do so. Therefore, seeking technologies to further improve polymeric membranes is of great significance in terms of both fundamental innovation of membrane science and pragmatic applications of membrane products in a real plant.

As good as it is, the polymer membrane suffers from a tradeoff of gas separation productivity and efficiency, or the so-called permeability-selectivity upper bound. In recent decades, numerous studies have been conducted to explore techniques to break such membrane boundary. On a polymer basis, a few of those successful attempts included the thermally rearranged polymer, mixed matrix membranes and polymers of intrinsic microporosity (PIMs). Owing to the ultra-permeable characteristic, PIMs redefine a new upper bound, so-called 2019 upper bound, which is also a new boundary for membrane separation. This reflects a hurdle of membrane researchers since this upper bound is tough to beat. In our paper published on Nature Communications, we demonstrated that the 2019 upper bound can be surpassed using a technology called multi-covalent crosslinking of polymer blends.

I first knew the concept of crosslinking when I met Prof. William J. Koros, a gas separation membrane giant, for the first time as a first-year PhD candidate at Georgia Institute of Technology in 2008. I was so impressed by his enthusiasm of exploring membrane science and technology that I placed him as my first choice of PhD advisors. Luckily enough, he accepted me as his graduate student. Since then, I become a “gasman” and started my travel on the membrane road. In the PhD program, I studied the polymeric hollow fiber membranes to tackle the challenge of CO2 induced plasticization, a distasteful phenomenon in glassy polymers. This was the first project that I got involved to use crosslinking to successfully suppress the CO2 plasticization.

As time flies on the road of membrane research, I was fortunate to meet a group of membrane scientist from prestigious universities or institutions, including Prof. Nanwen Li, Prof. Yanfang Fan and Prof. Xiuling Chen. In the collaborative work on Nature Communications, we discovered the strategy of crosslinking was transplantable for overcoming the upper bound issue. This approach appears to be simple but is actually very complicated - it involves three different crosslinking mechanisms in the presence of ppm levels of oxygen during a thermal treatment. In this work, we called the three mechanisms as: i) the formation of quaternary ammonium salts through reactions of tertiary amine with bromomethyl groups, ii) alkylation reactions at elevated temperatures and iii) thermally oxidative crosslinking reactions after the polymer chain scissor and rearrangements as schematically shown in Fig. 1. 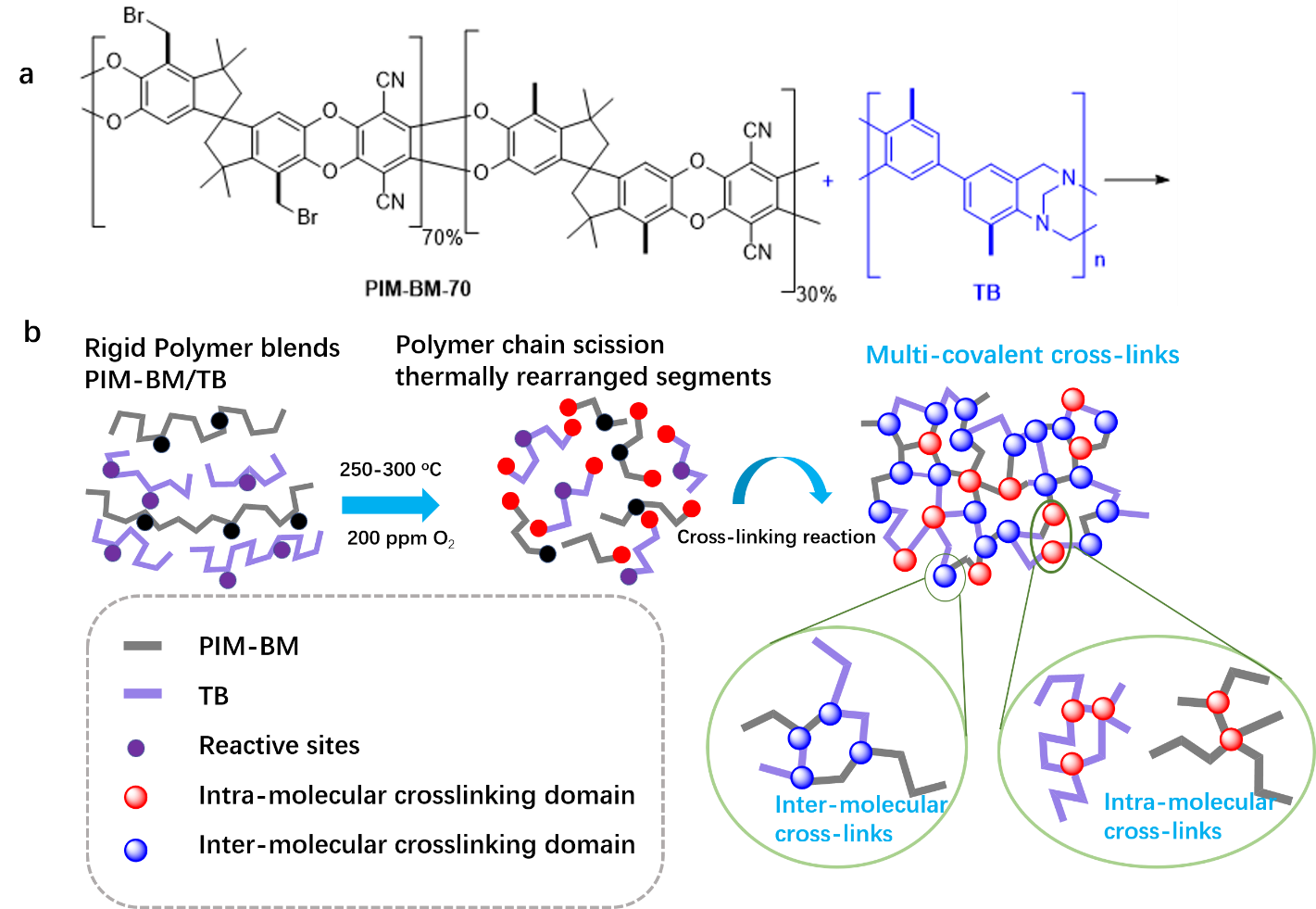 We further characterized the membrane using the ultimate tool – gas permeation with both single gas and mixed gas permeation to locate the membrane separation performance on the upper bound plots. Different gases, including H2, CO2, O2, N2 and CH4 were selected as molecular rulers to measure the gas transport properties in membranes as shown in Fig 3a. The light gas, like H2, penetrate much faster than heavy gas, like CH4. As a result, the membranes display unprecedented molecular sieving feature for CO2/CH4 and H2/CH4 separations, placing our membranes far above the upper bound limits including the latest 2019 upper bounds as shown in Fig. 3b and 3c. What is more, the membranes exhibit much higher gas selectivity than the majority of PIMs membranes and their derivatives reported in prior literatures.

Overall, the strategy in this work provides a new route of designing and fabricating ultra-selective molecular sieving membranes for energy-efficient gas separations. 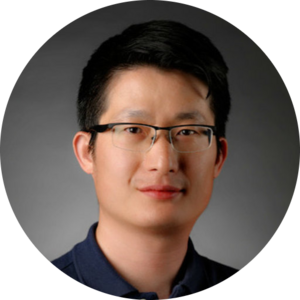