Photoelectrochemical performance is often hindered by sluggish charge transfer at the semiconductor interface. Our work illustrates that a thin film coating made of a conductive metal-organic framework can improve the photovoltage of the underpinning semiconductors. 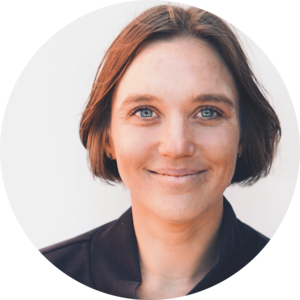 What if you could design the ideal nanoarchitecture for using solar-generated charges to power a redox reaction? What if you could control, with molecular precision, the chemical, physical, and electronic environment into which those charges move after leaving the semiconductor interface?

This vision, which requires a blurring of traditional chemistry definitions, is being chased by scientists who develop well-defined heterogeneous materials. In our pursuit of this goal, we constructed thin films of metal-organic frameworks (MOFs) as semiconductor coatings.

My PhD work at Arizona State University focused on molecular functionalization of semiconductors for solar fuels. While attending the 2nd International Solar Fuels Conference in San Diego, in the summer of 2017, I met Prof. Sascha Ott. He told me about his lab’s work with catalytic MOFs. We wondered: could we combine our expertise and develop MOF thin films with semiconductors for improved photoelectrochemical applications?

We developed the idea into a successfully funded grant proposal that brought me to Uppsala University in Sweden. To investigate interfacial charge transfer to and throughout a MOF, I integrated a conductive MOF thin film developed by a lab colleague, Ben Johnson, with the p-type semiconductors Si or GaP. Initial results on GaP were very promising, showing a state-of-the-art photovoltage for the cathodes modified with the MOF.

However, as I continued the experiments, I was frustrated by inconsistent results; out of many samples tested, a seemingly random number didn’t show the characteristic reductions of the molecular linker. I spent months testing every combination of variables we could imagine trying to understand the sample-to-sample variation. I was reminded of one of the harsher realities of scientific research, namely that even when rigorous scientific methods and controls are in place, occasionally there are still inexplicable results. Sometimes, doing the same thing over and over again and expecting different results isn’t insanity—- it’s just the life of a researcher.

Persistence eventually paid off, and I found that keeping the samples solvated was the key to reproducible results. With this success, we were able to study the effect of the MOF on the semiconductor photovoltage. We found that a monolayer of NDI— the molecular linkers of the conductive MOF— on silicon exhibited redox features under illumination. But the redox potentials of the reductions were similar to those of the NDI at a conducting substrate and in the dark, showing none of the benefit of having photons as a reaction input. It was only when the linkers were used to build an extended network through incorporation into the MOF that we saw a photovoltage. We rationalized that the MOF was serving as a reservoir of electron acceptors, enabling charge separation across the film and dampening charge recombination at the surface.

A truly dazzling array of MOFs have been reported in recent years, including some that are electrocatalytic. The improved photovoltage that we found using MOF coatings opens possibilities for efficient solar fuel production or photoredox chemistry. Our results suggest that, moving forward, a well-ordered catalytic framework at a semiconductor surface is an ideal platform for managing multi-electron, multi-proton fuel production.