The "Internet of Everything” (IoE) has been connecting every physical object by distributing small, wireless electronic devices onto them. This trend changes the traditional one-way energy supply from a power plant to electronic devices into the self-power generation of each device. In this regard, thermoelectric generators (TEGs) have been regarded as one of the most promising energy harvesters for realizing self-powered electronics due to their ability to convert waste heat to usable and stable electric energy. According to , where , , and  are the voltage generated by a thermoelectric (TE) material, Seebeck coefficient, and temperature difference across the TE material, respectively, securing large  is a key pathway to achieving a high energy conversion efficiency that can accelerate the realization of practical self-powered electronics.

For the last decade, traditional rigid TEGs based on bismuth telluride (Bi2Te3) alloys, the most favorable candidates as high-performance TE materials, have allowed energy harvesting only from planar-shaped heat sources. However, sources of waste heat mostly have a variety of three-dimensional (3D) shapes, e.g., engines, pipes, and the human body, which elicits efforts to utilize these alloys in realizing flexible and compliant TEGs that can dynamically conform to 3D heat sources. As a representative approach, a rigid TE leg and metal interconnect array formed in an elastomeric matrix shows acceptable mechanical tolerance. However, if the thick and rigid metal interconnects are used, they showed limited mechanical flexibility causing undesirable air gaps that significantly impede heat transfer from heat sources to TE materials. To improve the mechanical conformability, liquid metals, such as eutectic gallium-indium, have been used as soft interconnects, but their deleterious and unstable nature requires high-thermal-impedance elastomer encapsulation. Furthermore, previous methods for fabricating flexible TEGs cannot facilitate a high fill factor in large-area devices due to their limited manual manufacturing with low device yield.

In this work, we focus on overcoming these three technical limitations of previous studies, i.e., limited mechanical conformability, high-thermal-impedance elastomer encapsulation, and low yield in manufacturing; and therefore implementing unprecedentedly conformable TEGs with enhanced heat transfer ability via reliable and automated manufacturing. Our final goal is to achieve high TE performance of the TEG conforming to 3D heat sources enabling to operate practical self-powered applications. As a key technology, we develop a soft heat transfer and electrical interconnection platform (SHEP) where intrinsically stretchable electrodes and soft heat conductors (s-HCs) are embedded (Fig. 1a). The stretchable electrodes interconnect high-zT TE legs, and the s-HCs interface them with arbitrary-shaped heat sources while maintaining both mechanical softness and a low thermal impedance (Fig. 1b). The magnetically self-assembled metal particles in an elastomeric matrix significantly improve the heat transfer ability of the elastomer, achieving both minimized parasitic heat loss and conformal thermal contact (Fig. 1c).

The silver nanowire (AgNW)-based stretchable interconnects allow stretchability up to 20%, enabling our TEG to conform perfectly to curved surfaces without air gaps that cause significant heat loss (Fig. 2a). Moreover, the highly automated manufacturing procedure enables the implementation of a compliant TEG comprising 220-np-pairs exhibiting a maximum power of 7.02 mW and an open-circuit voltage of 2.12 V at a given temperature difference of 40 K. We integrate the compliant TEG with a flexible circuit to demonstrate self-powered wearable warning systems indicating an abrupt temperature increase with light-emitting alarms (Fig. 2b). Future work would include further improvement in TE performance by reducing the electrical resistance of the stretchable interconnects and the contact resistance between the adhesive materials and electrodes. This direction, together with our approaches for realizing highly compliant TEGs, could significantly minimize waste heat from changing 3D heat sources, paving the way toward the realization of wearable and self-powered IoT devices. 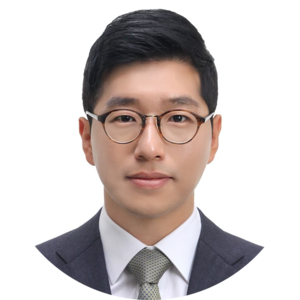