Coalescence of anti-reflection and wavefront controllability in metasurfaces

We theoretically and experimentally reported an approach to combine the two vital functionalities of anti-reflection and wavefront controllability in ultrathin metasurfaces of 1/15λ. Such metasurfaces can do lots of amazing tricks, including making dielectric surfaces “invisible”.

Invisibility cloaks that can make objects “disappear” have been demonstrated based on transformation optics, metasurfaces and other approaches like geometric optics. Comparing with the bulky approach based on metamaterials, the metasurface approach has the advantages of ultrathin thickness similar to skin and much easier fabrication. Such metasurfaces are made of artificial subwavelength structures called meta-atoms that can manipulate the phase, amplitude and polarization of light at will. Nevertheless, previously all metasurface cloaks are reflection-type, i.e. instead of making objects disappear in free space, they only create the illusion of a plane mirror. In 2018, we proposed the first scheme of transmission-type metasurface cloaks based on the integration of transparent metasurfaces and zero-index materials (Light-Sci. Appl. 7, 1-8 (2018)). However, the zero-index materials are still challenging to realize at the ultra-thin scale of metasurfaces, which is actually deeply subwavelength. At that time, a new idea comes to our minds: consider a dielectric object, what if we can make all the light incident on its surface going straight through, as if the surface doesn’t exist? If this idea is possible, the incident light would go straight through the whole dielectric object, making it invisible. Following this idea, we have realized the “invisible” surfaces enabled by the coalescence of anti-reflection and wavefront controllability in ultrathin metasurfaces (Nat. Comm. 12, 4523 (2021)).

We start with some theoretical analysis on the design of metasurfaces to make a dielectric surface “invisible.” It turns out that such metasurfaces are very unique. They should combine the vital functionalities of anti-reflection and wavefront controllability. It is well known that the optical phenomena of reflection and refraction generally occur on the dielectric surface. To make the surface “invisible”, it is not only necessary to remove all the reflection, but also equally important to bend the transmitted light back the direction of incidence, such that it looks like the incident beam transmit straight through the surface as if it is not there! The seminal concept is shown in Fig. 1.

Fig.1 a. The reflection and refraction on a dielectric surface. b. The concept of applying GAMs to make the surface “invisible”.

From the aspect of quarter-wavelength anti-reflection coatings, this seems to be a Mission Impossible. The mechanism of anti-reflection relies on the destructive interference of the reflected waves by the coating. At the condition of anti-reflection, the transmission phase is simultaneously locked to ±π/2. This means that there is no way to freely manipulate the wavefront of transmitted waves, as long as the anti-reflection condition is satisfied. This limitation explains the reason that anti-reflection and wavefront controllability have never been integrated in one device before.

In this work, we propose that multi-layer gradient antireflection metasurfaces (GAMs) can break the above limitation of phase locking and therefore merge the functions of anti-reflection and wavefront manipulation. We not only theoretically and experimentally demonstrated the first realization of the removal of both reflection and refraction on a dielectric surface, i.e. an obliquely incident beam transmitting straight through as if the surface doesn’t exist. We further extend this scheme to general curved surfaces and relatively high-index dielectric (ε=12), as schematically shown in Fig. 2. The coalescence of anti-reflection and wavefront controllability shows a great potential to improve the efficiency and increase the ways of coupling between materials with substantial contrast. With such techniques, wave steering metasurfaces can be applied to the surfaces of many materials, where the reflection caused by impedance mismatch of the material can be eliminated, guaranteeing an unprecedented high efficiency. Besides the “invisible surface”, many other functionalities such as reflection-less negative refraction and reflection-less flat axicon can also be realized by utilizing this concept of GAMs. 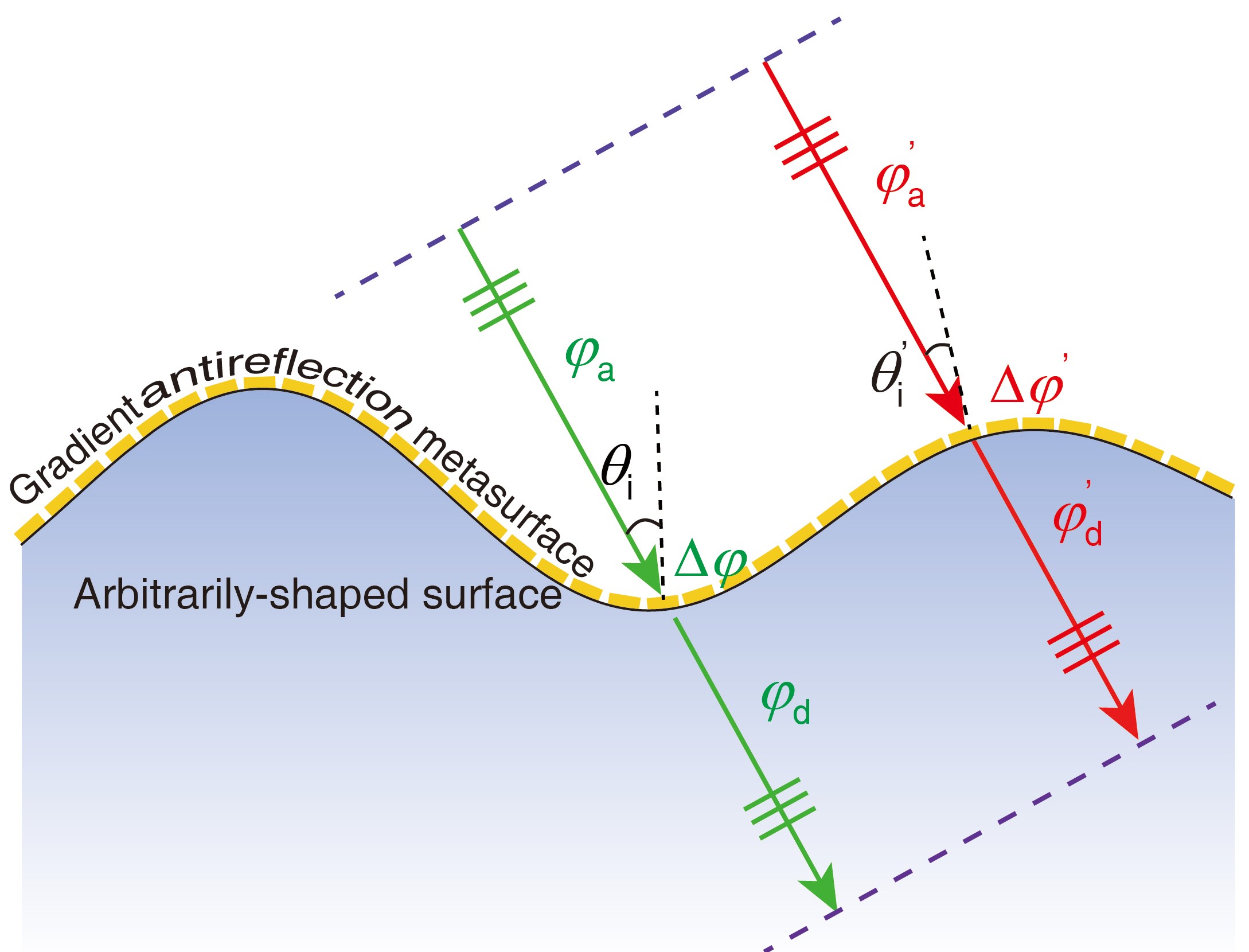 Fig.2 Schematic of the arbitrarily-shaped invisibility surface enabled by GAMs.

The idea and concept were partially formed even when I was a PhD student during the discussions with Prof. Yun Lai, after our previous work of the hybrid transmission-type cloak combining both metasurface and zero-index materials. We were at first inspired by the possibility of proposing a new mechanism of cloaking, but soon we realized that the “invisible surface” based on the coalescence of anti-reflection and wavefront controllability is an important topic by itself. This is because that after a decade of explosively rapid development, metasurfaces have become one of the most promising directions in nanophotonics, microwaves, and acoustics. However, so far the majority of the applications of metasurfaces are excluded from general scenarios of interfaces between materials with large contrast, where the reflection induced by the impedance mismatch cannot be ignored. By merging the anti-reflection functionality into metasurfaces, such a long-standing problem can be eventually solved. However, the design of the metasurface is quite challenging. At first, we utilized two-layer metasurfaces and failed to find any solutions. Luckily, after increasing the number of layers to three, we eventually found the solutions that exhibit both the anti-reflection functionality and free phase tunability. Then, we found out in pain that the mutual coupling between neighboring meta-atoms destroyed the overall functionality of the metasurface. Fortunately, at that time, I started my one-year visit to Prof. Yang Hao’s group at Queen Mary University of London. Prof. Hao is an expert in electromagnetics and is very experienced in antenna engineering, where the suppression of the mutual coupling between adjacent antennas is also desired. Under the advice of Prof. Hao, I tried to utilize a perfect electric conductor spacer to separate the neighboring meta-atoms, and finally reduced the coupling to a satisfying level. With the guidance and help of Prof. Hao, I eventually finished the proof-of-principle microwave experiment, which proves that the coalescence of anti-reflection and wavefront controllability in ultrathin metasurfaces is indeed feasible.

Prof. Mu Wang and Prof. Ruwen Peng helped a lot in the theoretical interpretation and manuscript preparation. They also pointed out the rich possibilities of applications. Under their suggestions, we demonstrated several more reflection-less devices constructed by such metasurfaces, including a flat axicon that works for incidence with both polarizations. We are also grateful to the stimulating comments from the reviewers, which inspired us to change one example from the interfaces of zigzag profiles to arbitrarily smooth curves, and also prove the feasibility of the principle in cases of high-index contrast such as silicon.

We are currently still working on optimizing the performance and exploring the potential applications and underlying physics of the GAMs. If you have any comments or suggestions, welcome to contact us. 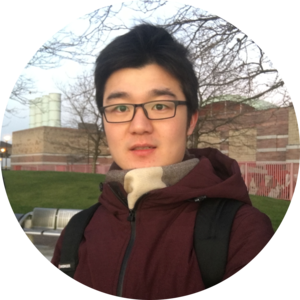