Fiery rings of infrared light have been observed at the surface of WSe2, suggesting an experimentally-simple means to control the trajectory of light at the nanoscale with unparalleled precision.
Daniel T Payne
Senior Editor, Springer Nature
Follow
Like Liked by Isatou Sarr
0

Ultrafast optical pumping is used to switch the hyperbolic dispersion characteristics of WSe2 on demand.

Interactions between light and matter at the nanoscale can give rise to an abundance of quasiparticles whose behaviour differs radically from that of their component parts. Polaritons, for example, are the result of coupling between a photon and an excitation possessing and electric or magnetic dipole. As condensed matter systems commonly host a multitude of different dipolar excitations, including phonons, excitons and Cooper pairs, a mix-and-match approach can be used to tailor polaritonic effects as desired. However, the dependence of polaritons on factors such as the material’s underlying crystal structure mean that continuous tuning of their properties is difficult to achieve. Now, writing in Science, Aaron Sternbach and colleagues have shown that the formation and propagation of hyperbolic exciton-polaritons in semiconducting WSe2 can be controlled by varying the density of photoexcited electron-hole pairs [1].

Their approach exploits a common property in transition metal dichalcogenides, such as WSe2 — strong anisotropy. Because the lattice structure is not isotropic, light behaves differently when propagating in the in-plane or out-of-plane directions. Sternbach and co-workers found that, by increasing the density of photoexcited carriers, the optical permittivity in the infrared frequency range can be tuned such that it is positive in one direction but negative in the other. This unusual response fulfils the criterion for hyperbolic dispersion, an extreme form of birefringence, and causes spatial confinement of mid-infrared light within the material. Although the transmission of infrared light is normally blocked by excitations at the same energy-scale, in the hyperbolic regime it follows conical paths though the bulk of the crystal. Sternbach’s team used nanometre-resolved spectroscopy to visualise the confined light rays, which appear as “hot rings” at the sample’s surface.

Though hyperbolic polaritons can be found in judiciously-designed metamaterials [2], they occur rarely in nature. The dispersion of phonon-polaritons identified in hexagonal boron nitride (h-BN) can be tuned by varying the number of atomic layers, permitting access to the hyperbolic regime [3]. However, as the phonon-polaritons’ behaviour depends on the material’s structure, it is not easy to control. Conversely, Sternbach’s exciton-polaritons are sensitive to electronic effects, the magnitude of which can be varied readily by increasing the photoexcitation density. As the hyperbolic dispersion results from easily-tuneable electronic properties, the propagation of mid-infrared light can be switched on demand. Further, due to quantum transitions between states in the Rydberg series, its propagation direction and amplitude can be controlled deterministically.

Despite the limited control achieved over hyperbolic phonon-polaritons, their initial observation attracted attention due to the potential for application in optoelectronics, sensing and imaging. Focusing light down to the subwavelength regime, known as hyperlensing, has already been exploited in proof-of-principle super-resolution imaging experiments [4, 5]. Their scheme relied on phonon-polaritons whose lifetime, measured at about 1 ps in h-BN, is determined by that of the relevant phonon mode [6]. But using hyperbolic exciton-polaritons in WSe2 could be advantageous as they instead persist for tens of picoseconds. The spectral range over which transient hyperbolic dispersion manifests is also broader than previous demonstrations at equilibrium, which may provide greater flexibility. These factors, in addition to the additional degrees of control now demonstrated, suggest exciton-polaritons may more promising for technological application than existing alternatives.

The finding that hyperbolic dispersion can be engineered electronically in anisotropic, layered materials adds another dial with which to tune the way in which light and matter interact. Heterostructured devices have also be considered, where polaritons form at the interface between materials with permittivities of opposite sign. Recently, it was shown that graphene can enhance features related to hyperbolic Cooper pair-polaritons at the surface of a cuprate [7]. The enhancement of intrinsically-weak features was similarly attributed to modifications of the electronic environment. Though the underlying mechanisms allowing manipulation of Cooper pair-polaritons and exciton-polaritons may differ, their common sensitivity to electronic effects holds potential for exquisite control of their microscopic behaviour to be achieved. 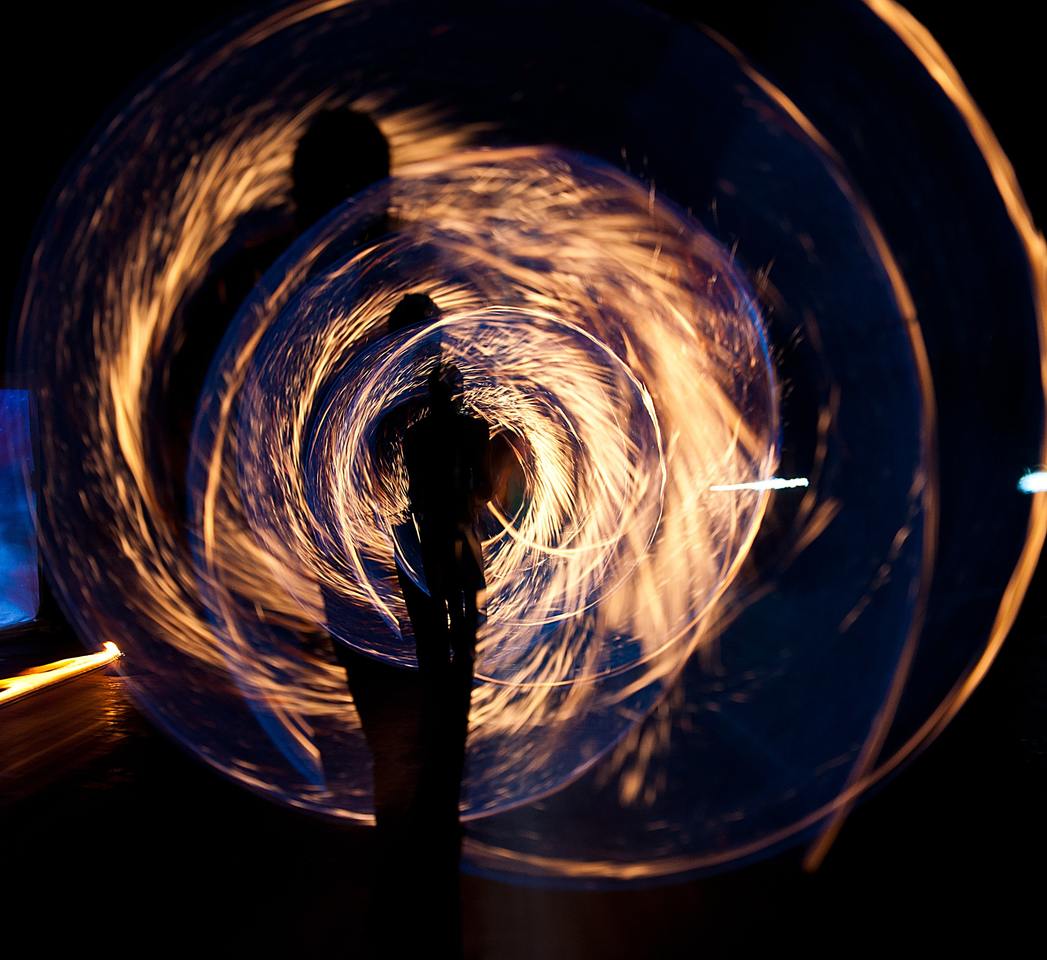 Fiery rings of infrared light have been observed at the surface of WSe2, suggesting an experimentally-simple means to control the trajectory of light at the nanoscale with unparalleled precision.