With the advent of an ability to produce metallic glass in bulk quantities, their distinct mechanical behavior has opened up new application opportunities. However, the onset of yielding and the related atomic-scale plastic flow behavior of bulk metallic glasses (BMGs) at room temperature have not been fully understood due to the difficulty in performing the atomic-scale plastic deformation experiments needed to gain direct insight into the underlying fundamental deformation mechanisms.

In our recent research, we overcome above limitations by combining a unique sample preparation method with atomic force microscopy (AFM)-based indentation, which allows to study and understand the onset of yielding, atomic-scale yield stress, and plastic flow of bulk metallic glass in volumes containing as little as 1000 atoms.

To gain a high-precision experiment and guarantee most plastic flow of BMG occurring within the bulk, we start our research via preparing “atomically flat” BMG samples. Using thermoplastic imprinting approach with SrTiO3 (STO) as a substrate, atomically flat samples made from a Pt57.5Cu14.7Ni5.3P22.5 alloy (Pt-BMG) were produced with their surfaces reflecting mirror images of the STO single crystals used as molds. As shown in the atomic force microscopy image Fig. 1a, the root-mean-square (RMS) roughness of the sample surface was quantified as 0.10 nm or less; the RMS roughness within the box marked was found to be only 0.057 nm. The RMS variation of the corresponding phase values inside the box marked in Fig. 1b, which have been recorded simultaneously to the topographic data of Fig. 1a, is found to be 1.06°, indicating that the atomically flat Pt-BMG surface is structurally homogeneous.

Thanks to the virtually atomic flatness of individual terraces and structural homogeneity of samples produced with this imprinting approach, meaningful atomic-scale plastic flow experiments can be performed by AFM-based nanoindentation techniques in a next step. One of the greatest benefits of such AFM-based nanoindentation is that it can produce stressed volumes in BMGs at the atomic scale without a need to decrease the sample’s dimensions, which is an ideal approach to investigate atomic-scale plastic deformation and yielding. Thereby, we find virtually homogeneous plastic flow of Pt-BMG once atomic scale yielding occurs (Figs. 2a-c). This behavior it is distinct from, e.g., the flow of single-crystalline platinum, which is at all scales mediated by dislocations and glide plane, as well as the one well-known for BMGs are larger scales where shear bands are forming along which stress is ultimately released. Both situations result in discrete “pop-ins” of the tip during indenting. In addition, the atomic-scale yield stresses of Pt-BMG are found to be very high (Figs. 2d-f). To provide context on how high the yield stress found in these experiments is, we compare the AFM-based nanoindentation results with the results obtained by conventional nanoindentation (Fig. 3). When the yield occurs at atomic scale, the yield shear stress of BMG can be as high as ~G/4, where G is the shear modulus of Pt-BMG. This value is remarkably close to the theoretically predicted maximum while the yield shear stresses measured at the micro- and macro-scale are only in the range of G/8-G/20.

When looking for the reasons that trigger this extraordinary behavior, we can attribute them to the fact that the volume critically affected by the external stress is insufficient to support a shear localization sufficient to enable the formation of a shear band. Instead, a picture emerges that includes spread-out flow carriers that are spatially and temporally fluid while featuring an average overall size that is substantially smaller than for the ‘regular’ shear transformation zones encountered during macroscopic deformation, characteristics that ultimately lead to the observed homogeneous flow and high yield stress.

Representing the smallest-scale mechanical deformation testing to date on BMGs, our research provides important supplements to understanding plastic deformation mechanism of BMGs at the atomic scale. Perhaps even more notably, our results do not reveal any variations in properties on the length scale of observation, which is distinct from expectations based on previous concepts describing inhomogeneity in metallic glasses. As a consequence, our findings may affect the establishment of structure-property-processing relationships in metallic glasses, where proposed toughening and strain hardening mechanisms typically assume a heterogenous structure.

If you are interested in our work, please refer to our published paper: “Atomic-scale homogeneous plastic flow beyond near-theoretical yield stress in a metallic glass”, Communications Materials 2, 22 (2021) [Link: https://www.nature.com/articles/s43246-021-00124-3].

This research is the first work from an ongoing collaboration among researchers from both Yale University in U.S. and Southwest University of Science and Technology (SWUST) in China, with follow-up studies being worked on presently. 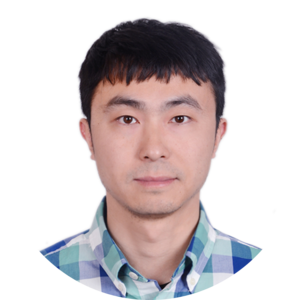