Tackling obesity from different angles might result in better therapeutic outcomes. Here the authors present a virus-like particle targeted to adipose tissues that combines photodynamic therapy and adipose browning induction to induce weight loss in animal models, and use photoacoustic imaging to mo…

Obesity was recognized by the American Medical Association as a disease in 2013. Currently, at least 2 billion people worldwide are obese or overweight. Although various treatments for obesity are available, such as lifestyle intervention, pharmacotherapy and bariatric surgery, they have been proven to have limited efficacy and several obvious shortcomings. Therefore, it is imperative to make some new attempts to overcome this dilemma.

In 2017, when I came into contact with the above scientific topic, I had just completed the research on tumor optotheranostics based on naturalized hepatitis B core (HBc) particles loaded with indocyanine green (Published in Advanced Materials, DOI: 10.1002/adma.201707567). Naturally, my first thought at that time was to modify HBc particles and use them to mediate targeted optical therapy against obesity. After consulting the relevant literature, I noticed that photothermal fat ablation is popular but has potential safety hazards, whereas anti-obesity photodynamic therapy (PDT) is rarely reported but relatively safe due to the low laser power used. Thus, PDT became my research focus in spite of the fact that it had been extensively applied in a variety of diseases such as acne, psoriasis and cancer.

Every coin has two sides. I further thought about the possible disadvantages of PDT for obesity. First, the non-selectivity of photosensitizers often causes untoward effects. Second, limited by the depth of laser penetration in tissue, photodynamics cannot effectively reduce deep fats. Third, PDT-induced fat inflammation may exacerbate the insulin resistance inherent in obesity. The first point can be easily solved with the fat-targeting of modified HBc particles. However, for the latter two points, it may be necessary to introduce other treatments to balance. Coincidentally, while I was pondering the solution, I was listening to a lecture on fat classification. Rosiglitazone (RSG)-stimulated adipose browning attracted my attention deeply. Browning refers to the transformation of energy-storing white adipocytes into brown-like adipocytes that dissipate energy as heat, which can occur in most fats in the body despite a long induction cycle. Besides, RSG has certain anti-inflammatory potential as a peroxisome proliferator-activated receptor gamma agonist. These indicate that browning induction with RSG is suitable as a complementary approach for anti-obesity PDT. Immediately, a therapeutic idea, adipose photodynamic–browning (PDB) based on targeted HBc complexes, formed in my mind.

I then shared the idea with my doctoral supervisor, Professor Liming Nie, who is a well-established researcher in photoacoustic imaging (PAI) and its medical applications. He expressed support and pointed out that the PDB treatment requires an accurate and non-invasive feedback system that can track the activities of HBc complexes and effector molecules to determine an optimal time window for PDT and evaluate efficacy. Furthermore, he gave a guide that PAI has the ability to meet the above requirement with its unique advantage of simultaneously visualizing endogenous and exogenous chromophores deep within tissues with high spatial resolution, which has been seldom studied before. Thanks to his insight, a PAI-escorted PDB anti-obesity strategy was eventually proposed.

In the following two and a half years, we carried out numerous experiments to fully demonstrate the feasibility, effectiveness and safety of the above strategy mediated by targeted HBc complexes. During this period, everything did not go smoothly. We stagnated for a long time due to some difficulties, including the preparation of targeted HBc particles, the induction of mature adipocytes and the large-scale PAI of the abdomen. Fortunately, they were conquered through our continuous attempts and improvements. We also discovered some unexpected results, but relevant mechanisms were not thoroughly clarified. Here, we sincerely hope that our work can provide valuable references for researchers or clinicians in the fight against obesity. 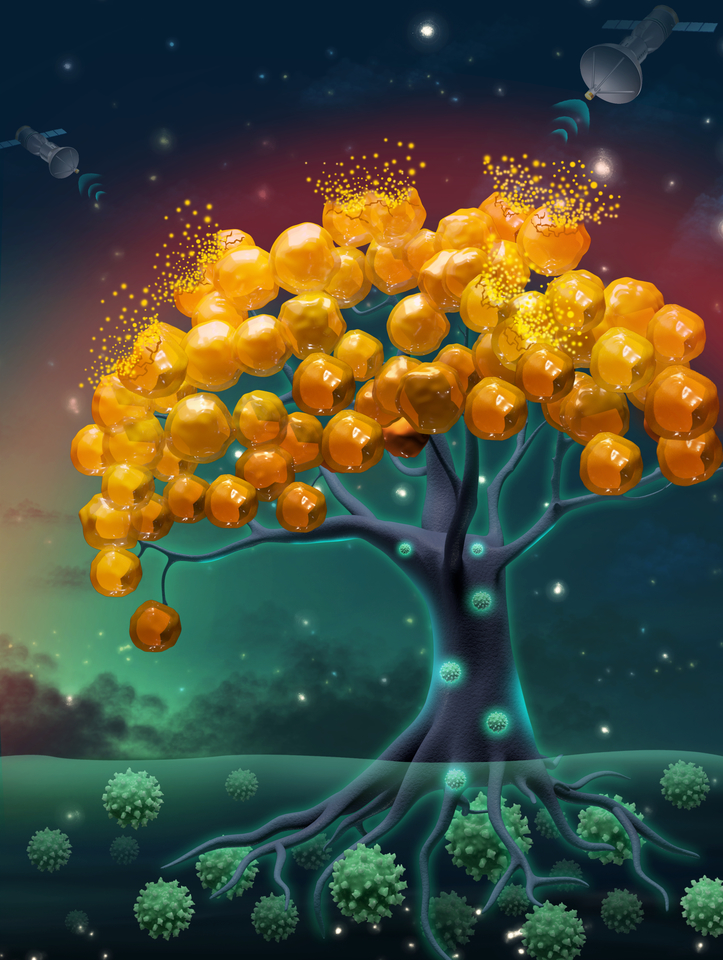