In superconductors current flows, by definition, without resistance. How then can it possibly acquire directionality? Here, we show how spin-orbit interaction can turn a Josephson junction into a supercurrent diode, where current flows unimpeded only in one direction, selected by a magnetic field.
Nicola Paradiso
Dr., University of Regensburg
Follow
Like Liked by Evelina Satkevic and 2 others
0

Diodes exhibit non-reciprocal current–voltage relations, that is, the resistivity depends on the direction of the current flow. Now an array of Josephson junctions with large spin–orbit interaction acts as the superconducting version of a diode, where dissipation-free supercurrent flows in one direc…

To solve this problem, I and other colleagues in the research team led by Prof. Strunk in Regensburg (in collaboration with Prof. Michael Manfra and colleagues from Purdue University and Microsoft Quantum Purdue, USA) have used bilayers of aluminum (Al) and  indium arsenide (InAs), a special semiconductor composed of relatively heavy elements. While this semiconductor is not a superconductor, it can maintain a non-resistive current between two ordinary superconducting conductors (Al), creating what is known as a Josephson junction (B. Josephson, Nobel Prize 1973). The Purdue scientist achieved an extraordinary quality of the InAs/Al-interface that was a key element for the success. Due to the special theory of relativity, the electrons sense the large electric field of the heavy ions as a magnetic field. This magnetic field affects the internal magnetic moment of the electrons - their spin - and creates a so-called spin-orbit coupling. 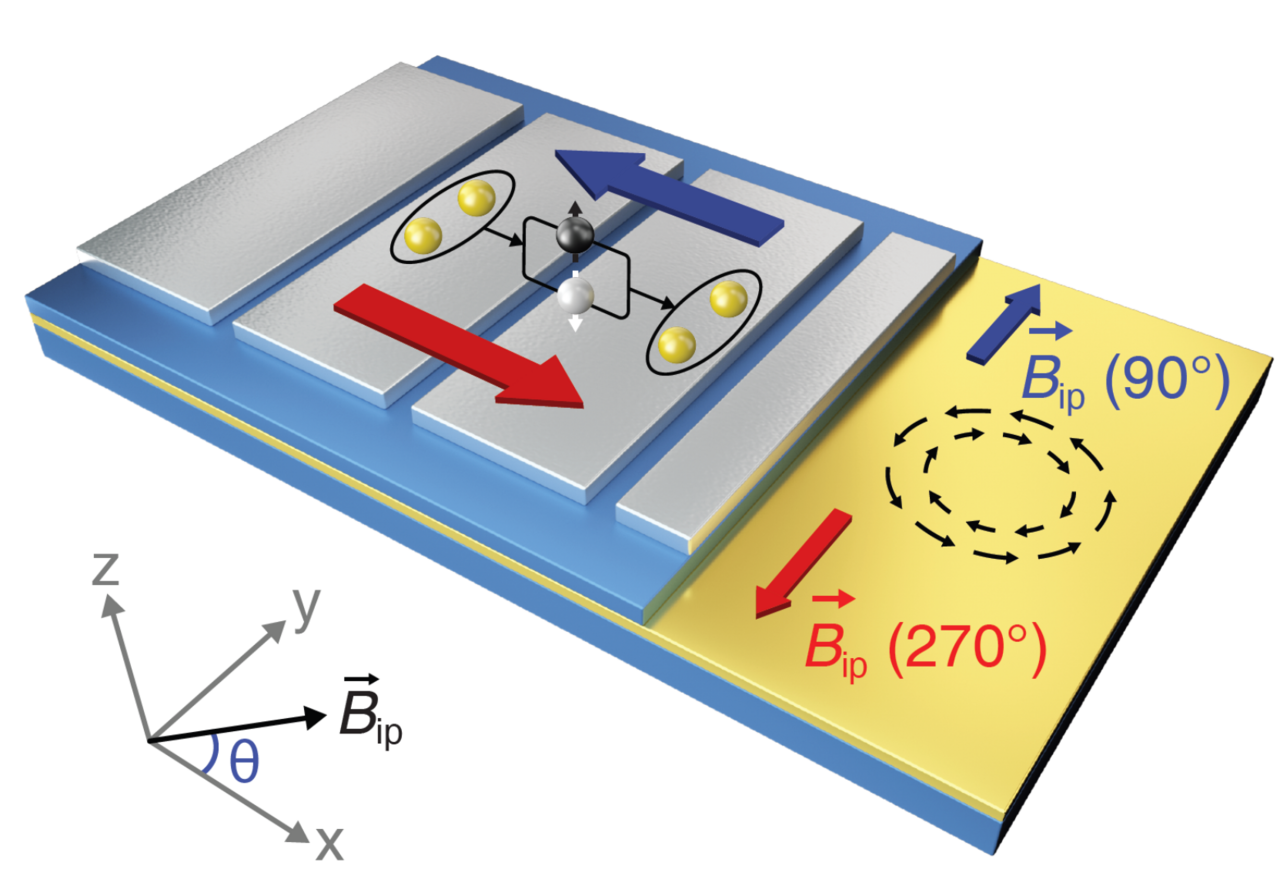