The discovery of a new crystalline calcium phosphate may result in new biomedical applications, and improve the understanding of biomineralization processes.
Tom Willhammar
Researcher, Stockholm University
Follow
Like Liked by Niklas Hedin
0

Calcium orthophosphates are the most important class of biominerals for humans, which is an essential constituent of bone and tooth enamel. The discovery of a new crystalline member of this mineral family may result in new biomedical applications, and improve the understanding of biomineralization processes.

Calcium orthophosphates (CaPs) are an important class of minerals in geology, as well as biomineralization and biomedicine. They play a crucial role for many organisms, besides humans, as they are the essential constituents of bone and tooth enamel among vertebrates. To date, CaPs have been found to occur in less than a dozen different crystalline forms, where apatite is the most abundant in vertebrate organisms. Most of the known CaPs were identified during the 18th and 19th century, and later, their atomic structures were determined with the advent of X-ray diffraction techniques in the 20th century. During the last century of research on CaPs, no new crystalline phases have been uncovered.

In this study we identify a new member of the family of crystalline CaPs, dicalcium phosphate monohydrate (DCPM). This finding was possible through a careful investigation of the synthesis regime in which metastable CaPs form, as well as the development of new methods for atomic structure determination based on electron diffraction.

DCPM forms from amorphous, that is, non-crystalline, calcium hydrogen phosphate in well controlled water-poor environments. X-ray diffraction has been the standard technique for structure determination of crystalline solids since it appeared during the early years of the 20th century. One limitation when it comes to single-crystal X-ray diffraction is that the crystals need to be larger than several micrometers. By exchanging the X-ray by an electron beam, it is possible to determine the atomic structure from crystals significantly smaller than this. Here we have used single-crystal electron diffraction to determine the atomic structure of the new calcium hydrogen phosphate phase which crystalizes as thin sheets with a thickness of less than 50 nm.

The crystal structure of DCPM is layered, and contains water molecules linking the layers with an ordered hydrogen arrangement than has been determined via theoretical calculations. Its chemical composition (CaHPO4·H2O) is intermediary of the known phases brushite (CaHPO4·2H2O, dicalcium phosphate dihydrate) and monetite (CaHPO4, dicalcium phosphate), see Figure 1.

The newly discovered phase DCPM is metastable, that is, it transforms into other known CaP phases under different conditions. In water, dicalcium phosphate monohydrate transforms into hydroxyapatite. It can, however, be stabilized by organic molecules such as citrate salts and sodium polyacrylate, which are biocompatible organic molecules. DCPM has a higher uptake capacity of organic therapeutic compounds, such as ibuprofen and doxorubicin hydrochloride, than other metastable CaPs currently used in applications. These findings indicate that DCPM could lead to innovations, resulting in new and/or improved applications, e.g. as medical implants, drug carriers or pollutant treatments.

The fact that the newly discovered DCPM is metastable and transforms into several of the other known calcium phosphates under different conditions provides important insights into the formation mechanism of this class of materials. These findings have considerable potential to facilitate a better understanding of CaP biomineralization processes, and how different CaPs are formed in living organisms. 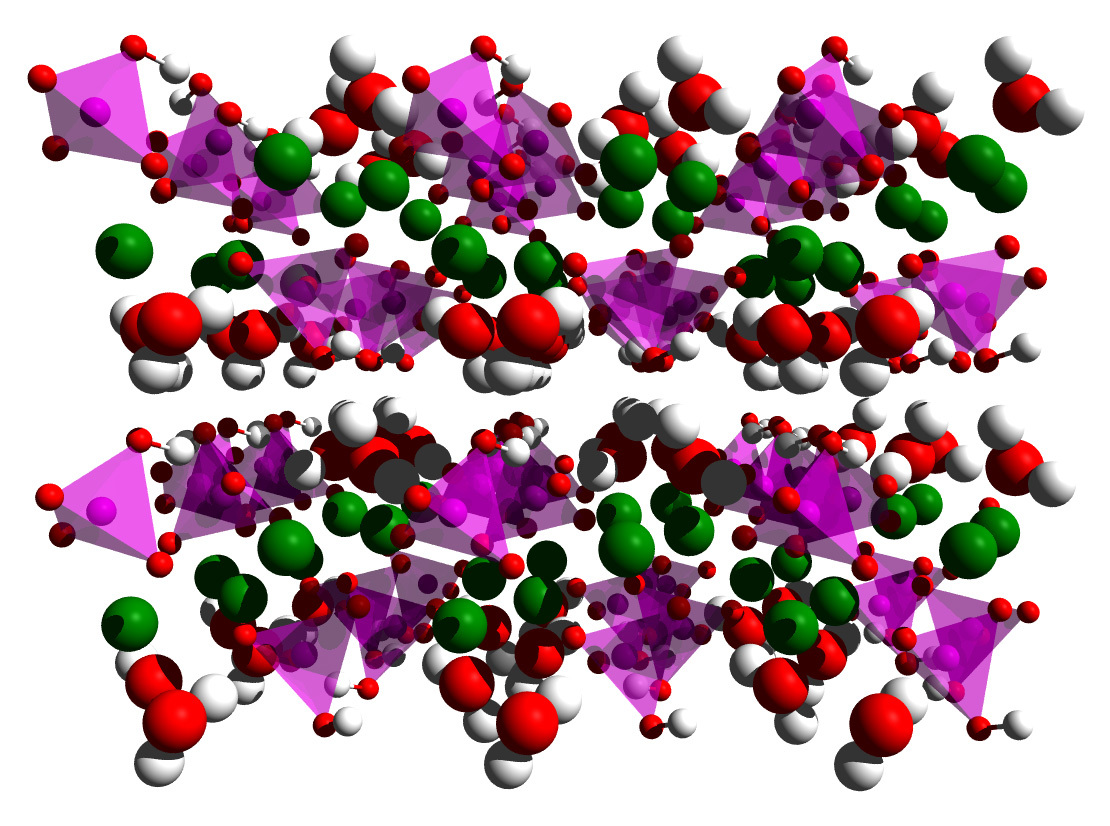 The discovery of a new crystalline calcium phosphate may result in new biomedical applications, and improve the understanding of biomineralization processes.