Tracking human activity and pose using wearable sensors has become an active field of research in a wide range of applications. A human activity recognition (HAR) system, for example, can help movement disorder specialists examine motor functions and detect irregular behavior in patients with physical or mental disabilities. It may recommend to users to perform specific activities in their home environment to ensure safety. In Senior Care, it can help detect and characterize the nature of falls and alarm a third party for emergencies. It has applications in other domains such as sports training, physical therapy and rehabilitation, entertainment, surveillance, and disaster response.

Smartphones and smartwatches come with embedded sensors, including accelerometers and gyroscopes. The inclusion of these sensors makes them an attractive platform for tracking human physical movements. In many applications, however, it is essential to monitor the whole body rather than taking measurements from a single location. For this purpose, a collection of wearable sensors is required to obtain activity data from multiple spots on the body and transfer them to a central unit. The data are then processed to infer the user's activity. A key challenge to implement a reliable wireless sensor network with multiple nodes is power management. The system should satisfy safety constraints limiting the user’s power exposure so that the system can operate around the human body. Besides, the wearables should be small and lightweight, which puts restrictions on battery size and power resources that in turn may require frequent recharging of sensors – an inconvenience if the system is to be used continuously.

In our work published in Nature Communications, we presented a magnetic-induction-based human activity recognition (MI-HAR) system as an on-body system for tracking and characterizing physical movements. Unlike conventional sensor networks in which motion-related data are first measured by sensors and subsequently transferred wirelessly to a central unit, the MI-HAR system combines sensing and wireless communication in a single step. This central node of the system communicates with nodes distributed around the body using inductive coupling and measures the changes in the transferred MI signals. Since the MI signal is a function of distance and 3D misalignment between the nodes’ coils, it can be used as a distinctive feature for motion tracking. This fundamental characteristic of the MI-HAR system reduces power consumption.

Utilizing a generalized magnetic induction system model and actual human motion data, we generated synthetic MI signals received from transmitters distributed around the human body during different activities. The MI data were then used as inputs for activity classification methods, including machine learning-based classifiers and deep neural network models. This framework allows the system to continuously receive data from multiple nodes around limbs and analyze the signals while the user performs various activities such as walking, knocking, sitting, and jumping. Our ultimate goal is to implement a practical set of wearable nodes, such as bracelets, rings, and belts, that can track a wide variety of actions from the whole body via reconstructing whole-body skeleton movements with minimal power consumption and high accuracy. 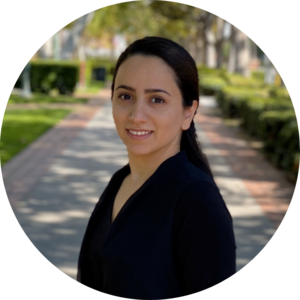