Developing highly-efficient organic afterglow remains a formidable challenge. Here, we succeed in tuning the spin-forbidden phosphorescence of organic afterglow to spin-allowed fluorescence by thermally activated triplet exciton release and transformation, leading to a high efficiency up to 45%.

With the significant breakthrough of the excited state tuning for organic afterglow with lifetime over 0.1 s at room temperature, innovational applications in various fields such as biological imaging, information storage, sensing, and security protection have been witnessed. However, developing high-efficient afterglow from metal-free organic molecules remains a formidable challenge due to the intrinsically spin-forbidden radiative decay nature of the triplet excited states and very few attempts succeed in improving organic afterglow efficiency to 10%.

Inspired by the reverse intersystem crossing (RISC) process of thermally activated delayed fluorescence (TADF) materials for 100% internal quantum efficiency, we have proposed a mechanism (Fig. 1a) to significantly improve the organic afterglow efficiency by efficient exciton release and RISC to turn spin-forbidden emission nature of organic afterglow to spin-allowed thermally activated afterglow (TAA). Designed by using difluoroboron β-diketonate and carbazole units in a twisted donor-acceptor-donor (D-A-D) molecular architecture (Fig. 1b) with small singlet-triplet splitting energy (ΔEST) and shallow trapping depth (ETD), the state-of-the-art afterglow efficiency of 45% has been achieved at room temperature Through the facile ISC channels, the photo-excited singlet excitons are readily transformed to lowest triplet excited state (T1), which subsequently stabilized by H-aggregation for T1*; then, owing to the small ETD and ΔEST, the thermally activated exciton release (TAER) and reverse intersystem crossing (RISC) processes will be efficient at room temperature to re-populate the T1 and S1 for the delayed phosphorescence and fluorescence. Thus, a tri-mode afterglow emission has been realized and thermally activated TAER and RISC processes turn significant part of spin-forbidden triplet excited state emission to the spin-allowed fluorescence, resulting in dramatically improved organic afterglow efficiency. In light of the significant afterglow efficiency, we have presented a potential application in high-performance phosphorescence lifetime imaging (PLIM) (Fig. 1c). And, by taking advantages of the strong tri-mode TAA with temperature-dependent afterglow color, multicolour display and visual detection of a specific temperature from 77 K to 300 K have been also realized (Fig. 1d).

This study marks a fundamental concept advance in improving the organic afterglow efficiency and offers a general approach for the molecular design of organic afterglow materials with thermally activated triplet exciton release and transform features.

Fig. 1 | a, Proposed mechanism of highly efficient TAA. b, Design of TAA molecules based on difluoroboron β-diketonate and carbazole in a twisted D–A–D architecture. c, PLIM and time-gated images. d. Temperature-dependent color chart with corresponding CIE coordinate showing the ability of DCzB crystals in visual sensing of temperatures.

The related paper has been published in Nature Communications. Please see details: 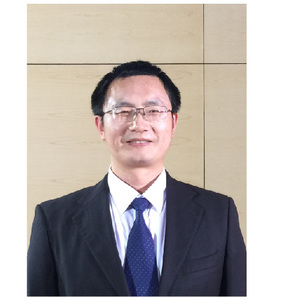