Conducting polymers are a peculiar yet interesting class of polymers. They have typical characteristics of polymers including intrinsic flexibility, low mechanical modulus, high tunability in properties, but also possess one unique feature distinguishes it from all other polymers – they are electrically conductive. More interestingly, many conducting polymers swell in wet environments and become electrically conductive hydrogels with soft mechanical properties and high water contents similar to soft biological tissues. Owing to this set of unique properties, conducting polymers have been one of the most promising materials in applications as diverse as energy storage, flexible electronics, and bioelectronics. In particular, conducting polymer hydrogels and their favorable mechanical and electrical properties have excited us as a promising bridging interface for bioelectronic applications (check our review on Hydrogel Bioelectronics, Chemical Society Reviews 48, 1642-1667, 2019).

However, despite recent advances in conducting polymers and their applications, the fabrication of conducting polymer structures and devices have mostly relied on conventional manufacturing techniques such as ink-jet printing and lithography. However, several limitations of these conventional techniques such as low-resolution (e.g., over 100 µm), two-dimensional (e.g., low aspect ratio) patterns, and/or complex and high cost procedures (e.g., multi-step processes in clean room involving alignments, masks, etchings, post-assemblies) have significantly hampered rapid innovation and broad applications of conducting polymers. As a research group working on 3D printing of soft functional materials (check our works on 3D printing of functional soft materials including Advanced Materials 30, 1704028, 2018; Advanced Materials 30, 1704821, 2018; Nature  558, 274-279, 2018), we thought 3D printing of conducting polymers can be a nice solution to overcome these challenges. However, to our surprise, we found that advanced 3D printing technique has not been demonstrated for conducting polymers. Naturally, we decided to tackle this challenge ourselves.

Based on what we have learned in our recent paper on high-performance pure PEDOT:PSS hydrogel (Nature Communications 10, 1043, 2019), we wanted to avoid the use of any residual additives or rheological modifiers to endow 3D printability to conducting polymers as a possible strategy to achieve high-performance. However, the quest of converting a fluidic conducting polymer solution into a 3D printable ink was not a trivial question. After failing many attempts to tackle this seemingly impossible mission, we decided to look at the basic structures of the most commonly used high-performance conducting polymer, PEDOT:PSS, in hope of finding any clue of solution. To our surprise, PEDOT:PSS solution in cryogenic TEM image showed clear nano-fibrillar structures even in a pristine aqueous solution state. After seeing the cryo TEM image populated with numerous PEDOT:PSS nanofibers, one interesting idea popped up into our head.

In hydrogel community, nano-fibrous cellulose has been widely used as arheological modifier whose inter-fiber interactions and entanglements can convert many aqueous solutions into highly thixotropic paste in high concentration. With this in mind, the cryo TEM image gave us one weird but interesting idea – Can we use PEDOT:PSS nanofiber as like cellulose nanofiber to form thixotropic 3D printable ink by themselves without any additive? Despite it was a bit wild idea, we figured out several methods to try the idea experimentally. First, by cryogenically lyophilize an aqueous PEDOT:PSS solution, we could isolate re-dispersible PEDOT:PSS nanofibers. Then, we re-dispersed PEDOT:PSS nanofibers into high concentration with water and DMSO mixture following our method developed for pure PEDOT:PSS hydrogel. Surprisingly, the resultant mixture became almost perfect 3D printable ink. Even more surprisingly, the 3D printed PEDOT:PSS ink could be dry-annealed and then also rehydrated into stable and high-performance pure conducting polymer hydrogel!

After the excitement of the finding, the latter part of the project was pretty enjoyable. We characterized the ink and resultant 3D printed conducting polymer to optimize its mechanical and electrical properties. Also, we demonstrated many interesting examples of advanced 3D printing enabled by the new 3D printable conducting polymer ink including multi-electrode arrays (MEA) and high-throughput fabrication of conducting polymer circuits. Most excitingly, we could fabricate a fully soft neural probe within tens of minutes by a single-stream multi-material 3D printing of conducting polymer and insulating elastomer without the need of complex lithographic procedures. We demonstrated that the 3D printed neural probe could record single unit signals from freely-moving mice owing to its favorable electrical property and high resolution electrodes, a capability that has required neural implants fabricated via complex methodologies such as lithography.

For more details, check out our paper “3D printing of conducting polymers” on Nature Communications.

Dry double-sided tape for adhesion of wet tissues and devices 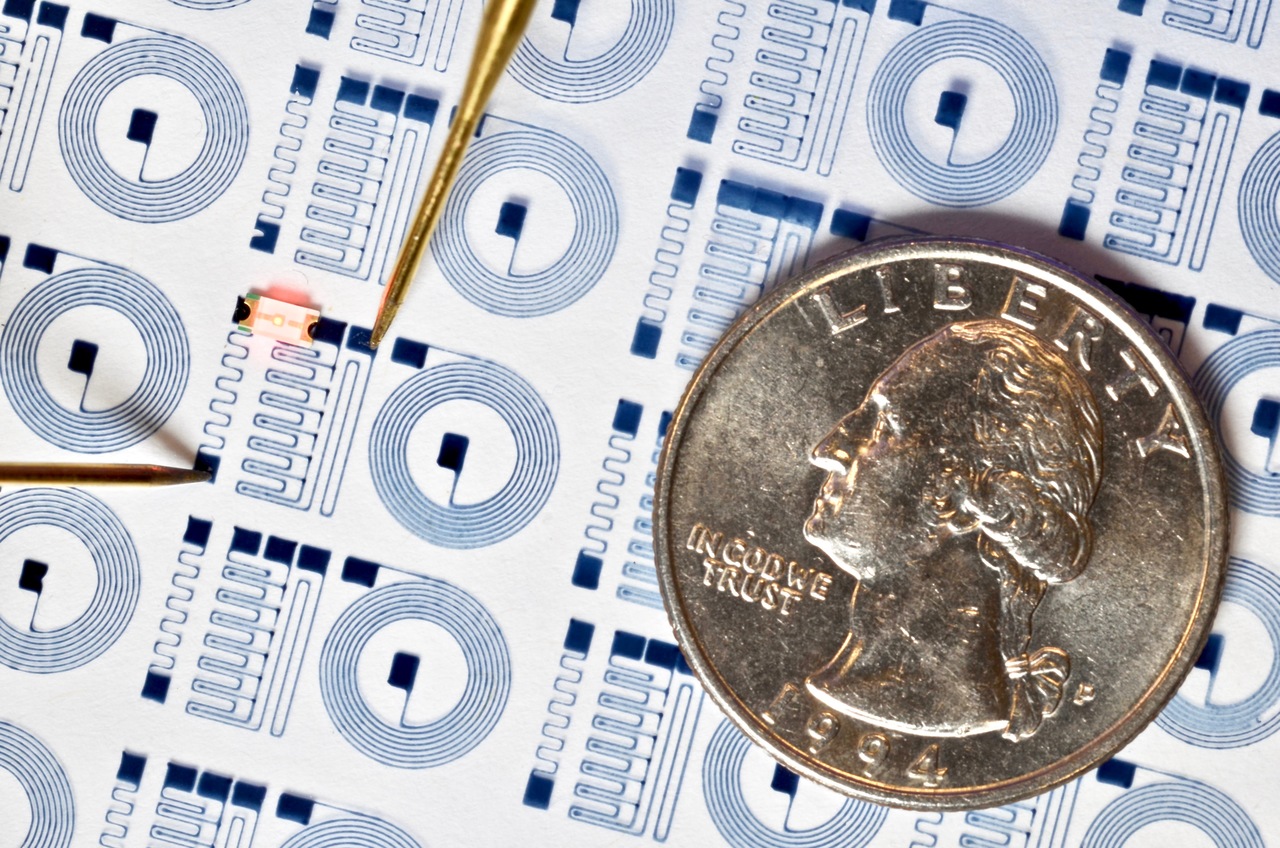