Nanoscopic diffusion of water on a topological insulator

The motion of water on surfaces underpins a range of phenomena in nature and is of fundamental and practical importance. We resolve the nanoscopic diffusion of water on a topological insulator, revealing correlated motion with repulsive interactions and detailing energy dissipation in diffusion.

Water is a mysterious substance. Understanding its behaviour on an atomic scale remains a challenge for experiment as the light hydrogen and oxygen atoms are difficult to observe with conventional experimental probes. This is true of static structures such as ices but is of particularly importance when trying to observe the motion of water molecules on a pico-second time-scale. In the present work we have applied a relatively new technique to the study of isolated water molecules as they move on the surface of a topological insulator. The principal experimental method, known as helium spin-echo spectroscopy (HeSe, Figure 1), utilises very low energy helium atoms, which allows the motion of isolated water molecules to be observed without disruption.

Figure 1: Movement on a sample surface can be probed by scattering two wavepackets, spread by a time delay tSE. Upon recombination of the two scattered wavepackets a loss in correlation is measured due to a small Doppler broadening upon scattering from the moving adsorbates (bottom-right panel). The measured scattering linewidth corresponds to the timescale of the molecular movement and allows us to determine the nanoscopic motion of water.

A helium atom probe gives us several advantages. There is a large scattering cross-section for both hydrogen and oxygen so that we can study systems at low surface-coverage, where the water molecules are isolated yet sufficiently dense to allow the effect of intermolecular interaction to be observed. In addition, the low energy (<10 meV) of our probe results in scattering that is predominantly elastic. In fact, since the system we study is time-dependent by virtue of the motion of water molecules, it is quasi-elastic scattering that we use to identify and analyse the motion. Also, by using the light isotope of helium (3He), we can exploit the unpaired nuclear spin as a handle to measure the minute changes in energy that characterise quasi-elastic scattering. Other aspects of the techniques are closely related to the methods developed in neutron scattering.

In terms of the results, we are able to specify the mechanisms underlying the motion of water and, by comparison with first-principle calculations, we identify aspects of its adsorption geometry, as well as the energy landscape for the motion. We see clear evidence for repulsive interactions between water molecules, which is contrary to the expectation that attractive interactions dominate the behaviour and aggregation of water (see Figure 2). Finally, we are able to make a qualitative assessment of the rates of energy transfer between water molecules and the topological insulator on which they move. The rate is usually discussed in terms of the nanoscale-friction affecting the motion and a topological insulator is particularly interesting since certain friction mechanisms are disallowed by the topological character of the substrate.

We observe a comparably low mobility of the water molecules where at the same time a significant number of long jump occurs (bottom-left illustration in Figure 1). Such a phenomenon is well understood in terms of Kramer's turnover theory. Because of the low rate of energy transfer from the substrate to the water molecule, the water obtains only seldomly enough energy to cross the diffusion barrier. On the other hand, once the molecule has gained enough energy to cross the barrier, energy transfer from the molecule back to the substrate is also small - so the molecule stays long enough in the "excited" state and there is a certain probability that it may travel even further and undergo a long jump.

These results were recently published in Nature Communications: https://www.nature.com/articles/s41467-019-14064-7 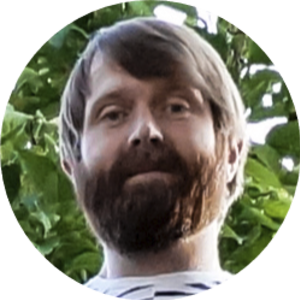