Colloidal quantum dots and organics have complementary properties apt for photovoltaics, yet their combination has led to low efficiencies for poor charge collection. Here, we employ small molecule that act as bridge between quantum dots and polymer, thus improving device efficiency and stability

Solution-processed semiconductors are promising candidates to realize future optoelectronics that combine high performance with low-cost fabrication. In particular, the utilization of colloidal quantum dots (CQDs) capable of collecting infrared energy, in conjunction with visible-absorbing organic molecules, has been demonstrated as an interesting route.

Various types of CQD/organic heterostructures have been studied with the goal of combining the advantages of the two materials. Most of the previous hybrid platforms have demonstrated complementary absorption of the organic component with CQDs; but failed to exploit this to improve performance due to poor charge transfer and carrier collection efficiencies, limiting power conversion efficiencies (PCEs) of solar cells to below 10%.

Figure 1 | Illustration and molecular structure of the PBDTTT-E-T polymer, the IEICO SM-bridge, the iodide-passivated PbS CQDs, and the proposed carrier transfer mechanisms occurring in the CQD/organics hybrid films.

We then built hybrid photovoltaic devices and characterized the internal quantum efficiency (IQE) of CQD/polymer hybrids with and without SM-bridge to gauge charge collection efficiencies. In the absence of the SM-bridge, the IQE is low at the absorption bands of the polymer. Conversely, hybrid device with the SM-bridge show a consistently higher IQE (~90%) throughout the entire wavelength range of 300 - 1000 nm, indicative of improved energy transfer and charge extraction dynamics at the organic boundaries. (Fig 2b)

The CQD/SM-bridge:polymer hybrids exhibited a PCE of 13.1%, significantly higher than the polymer:SM-bridge (8.0%) and CQD-only (10.4%) reference devices, representing the most efficient organic/CQD hybrid structure reported. In addition, the operating lifetime of the hybrid devices outperformed organic- and CQD-only devices by a factor of 100 and 5, respectively, retaining over 80% of their initial performance after 150 h, which is the highest MPP lifetime among organic and CQD-based solar cells reported to date. (Fig. 2c)

Figure 2 | Structure and photovoltaic performance of hybrid solar cells. a, TEM cross-section of device structure. b, IQE curves of hybrid devices. c, Operating lifetime and best PCE at each condition. 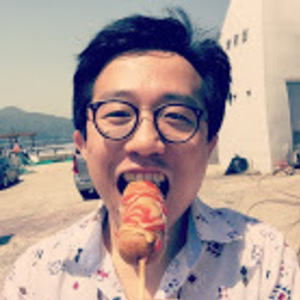