We have built and demonstrated a bolometer with ten times lower noise than in previous bolometers. Our device is also more than on order of magnitude faster than other low-noise bolometers.
Mikko Möttönen
Professor of Quantum Technology, Aalto University and VTT Technical Research Centre of Finland
Follow
Liked by Elena Belsole and 2 others

In 2012, we started to build a single-photon microwave detector in my Quantum Computing and Devices group. Back then, no such detector had been demonstrated and I had just obtained an European Research Council (ERC) Starting Grant to finish the job.

We sat down with my fresh PhD student Joonas Govenius, MSc from the Wallraff group at ETH Zurich, and started to think what to try first. In my proposal, I had planned to use a normal-metal/insulator/superconductor (NIS) tunnel junction to measure the temperature of the normal-metal absorber, and hence to detect the incoming photons. However, my dear colleague Jukka Pekola had already started to work in his group on such a device and we thought that it does not make sense to take the same path. Thus we decided to use the superconductor proximity effect as the thermometer.

The above figure shows a colored image of the latest version of the device. The eight short horizontal orange segments are proximity Josephson junctions, in which the superconducting order parameter creeps into the normal conductor, and hence induces superconductivity. However, the superconductivity is very weak and hence changes significantly even when the temperature is slightly changed around a few tens of millikelvins. The long horizontal orange leg is the absorber which is long enough to act as a regular resistor. The resistance can be chosen in the fabrication to match to 50 Ohm for example, making the absorption efficient.

After a lot of work an systematic studies of the behavior of this kind of superconductor/normal-metal/superconductor (SNS) bolometer, we managed in 2016 to measure energy packets of just a single zeptojoule with more than 50% fidelity. This was an order of magnitude improvement over the previous thermal detectors. However, the detector was operated in a latching mode where it took about 10 ms to reset the system.

After these experiments, we started to work our way to the bolometric operation. Our assumption was that once we drop the possibility to integrate the readout signal for long time after the latching event, the noise will be dominated by the first amplifier in the amplification chain of the readout signal. Thus together with VTT and Pekola's group, we developed a near-quantum-limited amplifier for the roughly 600-MHz readout frequency of our bolometer.

When we tested our bolometer with the new amplifier, we indeed observed that we could obtain lower noise by a factor of two. The noise of the bolometer is given by a quantity referred to as noise equivalent power (NEP). This tells that how much the reading of the bolometer has uncertainty in a given integration time. For example, our best result 20 zW/rtHz means that if we average the readout signal for half a second, the reading has a standard deviation of only 20 zW.

To our knowledge, previous bolometers such as transition edge sensors could reach down to roughly ten time higher noise levels than what we record. To be fair, these devices have reached a much higher technology readiness level, and hence are currently more useful in many applications. But we hope that in the future, our SNS bolometer will also be engineered further. In fact, we do not foresee any fundamental reason why the SNS bolomter could not be coupled to antennas operating at various frequencies and multiplexed thanks to the rf readout.

Bolometers are based on the temperature rise of an absorber owing to the in-coming radiation. There are other types of radiation sensors than bolometers. So-called quantum-capacitance detector have, for example, shown promising results.

Interestingly, we observed that the SNS bolometer is very fast compared with other low-noise bolometers. By tuning the readout frequency and power, we could reach a time constant of only 30 microseconds while still maintaining a very low NEP of 60 zW/rtHz. A typical fast readout of superconducting qubits used, for example, by Google, IBM, and IQM in their quantum computers takes some hundreds of nanoseconds. Thus if we could still increase the speed of the SNS bolometer by two orders of magnitude, it would be in this respect be on par with the existing readout schemes. In the future, this may be a surprising application of a bolometer.

Finally, I would like to thank the whole Quantum Computing and Devices (QCD) group which is part of the QTF Centre of Excellence, and especially Roope Kokkoniemi who tirelessly worked towards this paper. Also all collaborators deserve a huge thank you. The bolometer was fabricated in the Micronova cleanroom of OtaNano Research Infrastructure and measured in the QCD Labs. 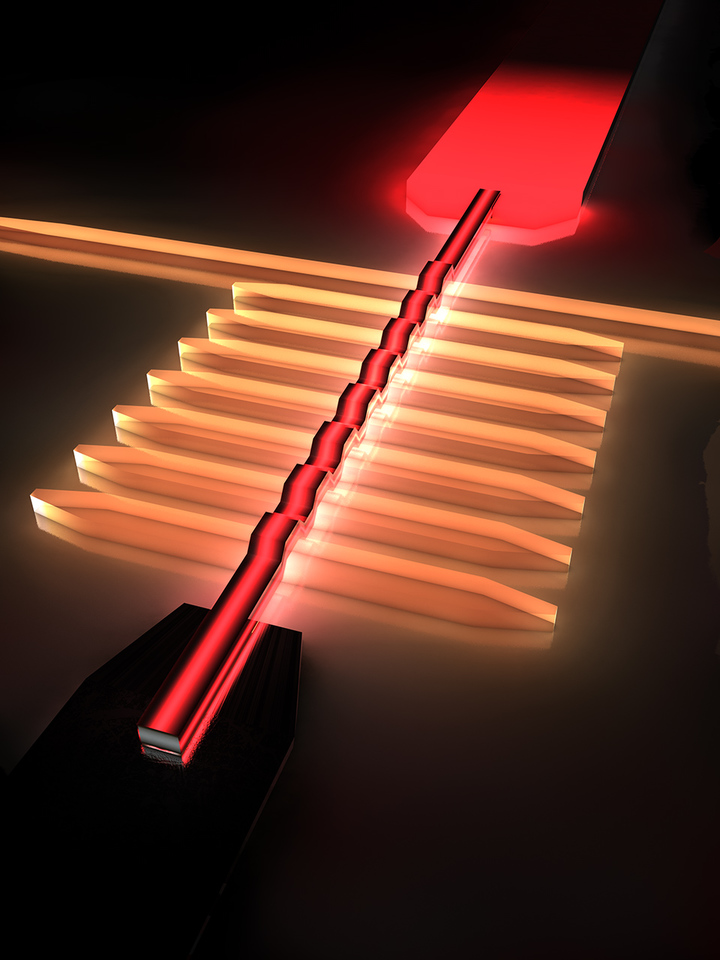 We have built and demonstrated a bolometer with ten times lower noise than in previous bolometers. Our device is also more than on order of magnitude faster than other low-noise bolometers.