Quasicrystals are believed to have non-crystallographic rotational symmetry, because they are aperiodic. This is not always true. Here we introduce a scheme to produce metallic-mean quasicrystals in two dimensions with 6-fold rotational symmetry that can be seen as approximants to periodic tilings.
Tomonari Dotera
Professor of Physics, Kindai University
Follow
Like Liked by Ruth Milne and 2 others
0

Quasicrystals differ from traditional incommensurate structures because they have non-crystallographic rotational symmetries. Here the authors introduce a scheme to produce metallic-mean quasicrystals in two dimensions with 6-fold rotational symmetry that can be seen as approximant to periodic tilin…

In 1984, Shechtman, Blech, Gratias, and Cahn reported a metallic alloy with a rotational symmetry disallowed within the classical crystallography, now known as a quasicrystal. This discovery is one of the main steps ahead in materials science in the second half of the 20th century, and in 2011 Shechtman was awarded the Nobel Prize for his work. Since then, many quasicrystals were observed in both metallic alloys and in other materials including supramolecular liquid quasicrystals, polymeric quasicrystals, and metallic nanoparticle quasicrystals, as well as mesoporous quasicrystals, perovskite oxides, diblock-copolymer, ionic-surfactant micelles and some other polymeric systems (quasicrystals-go-mainstream). By now, it is clear that quasicrystalline structures are universal in that they are found in many different ensembles with atomic, supramolecular, or colloidal building blocks. Quasicrystal science, which used to belong to the physics of metals, has thus expanded to many fields of physics, chemistry, and nanotechnology. 35 years after Shechtman’s discovery, quasicrystals entered a new stage.

One of the keys to the structure of quasicrystals was provided by the mathematical tiling theory developed a decade before their discovery. Penrose’s construction of the eponymous tiling based on the golden mean and characterized by a 10-fold symmetry in the 1970s and the 8-fold symmetric, silver-mean tiling proposed independently in the 1980s by Ammann and Beenker marked the beginning of this theory. Since quasicrystals can be viewed as projections of higher-dimensional crystals, the crystallography using these higher-dimensional space is now known as higher-dimensional crystallography.

The Penrose tiling can be viewed as a pattern consisting of isosceles triangles of two types, one with 1 short and 2 long sides and the other with 2 long and 1 short side, the length ratio being the golden mean. These triangles are compatible in that they can tile the plane without gaps or overlaps. A few years ago, we noticed that there exist sets of compatible tiles which include equilateral triangles and also lead to quasicrystals, and we used computer simulations to show that 2D structures with 10-, 12-, 18- and 24-fold symmetries can be formed by particles characterized by a simple interaction potential consisting of a hard core and a step repulsion (Nature 2014). Surprisingly, this potential also stabilizes a 6-fold symmetric quasicrystal tiling based on the third metallic mean known as the bronze mean (Nature Materials 2017). As we learned later, this was only the seed of an infinite series of quasicrystalline structures.

In our new article in Nature Communications, we propose a family of quasiperiodic tilings with a self-similarity ratio equal to a multiple-of-3 metallic means, which can be constructed by combining equilateral triangles of two different sizes with rectangles of sides matching the two types of triangles. In the article, we elaborate the tiling theory of two types of multiple-of-3 metallic-mean quasicrystals, their higher-dimensional crystallography, and their diffraction patterns.

Our article provides a comprehensive theoretical framework for metallic-mean and non-metallic-mean quasicrystals, limit-period structures with integer inflation ratios, random tilings, aperiodic incommensurately modulated structures, and even quirky accidental crystals. It also provides a fresh view of unusual superstructures characterized by twin boundaries that were theoretically predicted in certain monodisperse colloidal systems. In the future, we will try to see whether our quasicrystals can be materialized by ensembles with a suitable interaction.

Finally, for most soft-matter systems, which usually produce only a few diffraction peaks, a 6-fold-symmetric diffraction pattern is routinely regarded as a strong indication of periodic hexagonal order, however, we point out that this is not justified.

Tomonari Dotera
Professor of Physics, Kindai University
Follow
Many years have passed since the world’s first discovery of a polymeric quasicrystal, which combined soft matter with quasicrystals. It was really an exciting moment for me! 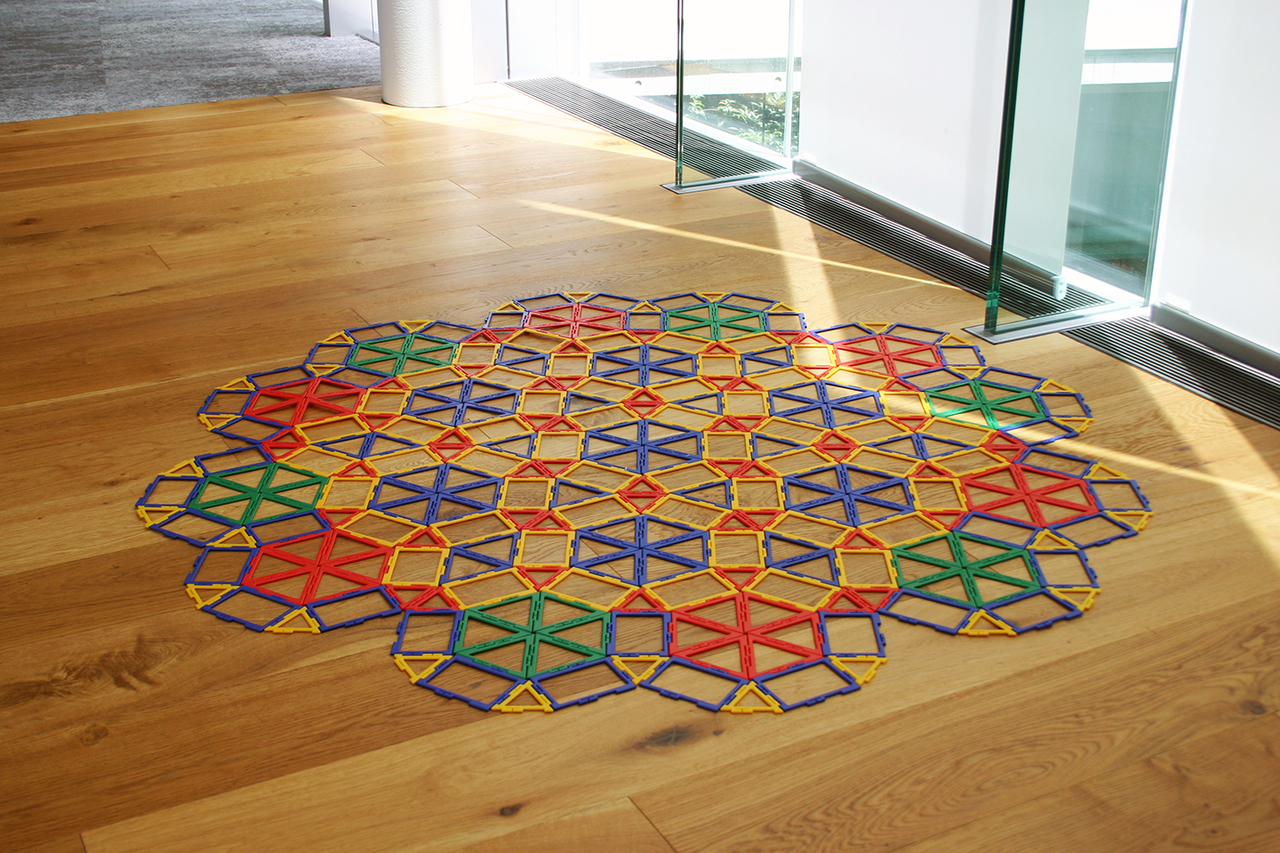