However, the experimentally achieved efficiency to date remains far from ideal, largely due to non-ideal interfaces that induces undesired carrier recombination. To push the limit of PCE up to the theoretical value, a fundamental understanding of the physics of nanoscale heterojunctions is necessary. In-situ TEM studies of these energy devices can offer valuable insight for fundamental understanding to further enhance the device performance. Yet, to the best of our knowledge, no such study has been carried out on the in-situ assembly and observation of photoelectric devices, mainly due to the complexity in designing a suitable in-situ photoelectric TEM stage.

Here we report the design of a state-of-the-art TEM holder by incorporating a light source within the holder without affecting the quality of high-resolution TEM (HRTEM) imaging. Using this TEM sample holder, we built a single nanowire QDHSC, with the simplest cell structure and a minimum number of interfaces. The two electrodes have different work functions, which enable the directional movement of charge carriers in the solar cell (Fig. 1a). When the LED is switched on, as illustrated in Fig. 1b, the QDHSC was exposed to white light from the LED.

To elucidate the effect of interfaces and defects on the photovoltaic performance of the QDHSC, a direct in situ control over the interface area can be precisely controlled by the movement of the Pt tip, as shown in Fig.2 a and b. This QDHSC design offers a valuable model system to tailor and probe the impacts of interfacial electron loss on the power conversional efficiency (PCE) to approach the theoretical limit. The results led to a better understanding of the intrinsic mechanisms associated with the high PCE of the single TiO2 nanowire QDHSC.

Our study establishes a robust “nanolab” platform in a TEM for in situ photoelectrical studies and provides valuable insight into the interfacial effects in nanoscale solar cells. The methodologies developed here can also be extended to the design and investigation of other types of solar cells and optoelectronic devices.

More details can be found in our paper "In situ interface engineering for probing the limit of quantum dot photovoltaic devices" published in Nature Nanotechnology: DOI : 10.1038/s41565-019-0526-7

Litao Sun is National High-level talent and serves as the vice president of Southeast University (SEU), the Director of SEU-FEI Nano-Pico Center, the director of Center for Advanced Materials and Manufacture, Joint Research Institute of Southeast University and Monash University, and founding chairman of IEEE Nanotechnology Council Nanjing Chapter. He received his PhD from the Shanghai Institute of Applied Physics, Chinese Academy of Sciences in 2005. He worked as a research fellow at University of Mainz, Germany from 2005 to 2008, and a visiting professor at University of Strasbourg, France from 2009 to 2010. Since 2008, he joined SEU and honored as a Distinguished Professor. Currently, his research interests focus on Micro-nano electronic materials and devices, atomic-scale fabrication and in-situ detection research ,including (1) Dynamic in-situ experimentation in the electron microscope (Setting up a Nanolab inside a TEM); (2) Novel properties from sub-10nm materials (traditional and graphene-related 2D materials); (3) Applications of nanomaterials in environment, renewable energy and nanoelectromechanical systems. He is the author and co-author of around 200 peer-reviewed papers including 2 in Science, 19 in Nature and the Nature series journals, and so on. He holds around 100 patents and has given more than 180 invited talks at international conferences. He is a Review Panel member of Graphene Flagship, European Union and Member of European Science Foundation College of Expert Reviewers. He has obtained National Science Fund for Distinguished Young Scholars, New Century Excellent Talents in University, Young Leading Talent in Science and Technology Innovation etc. 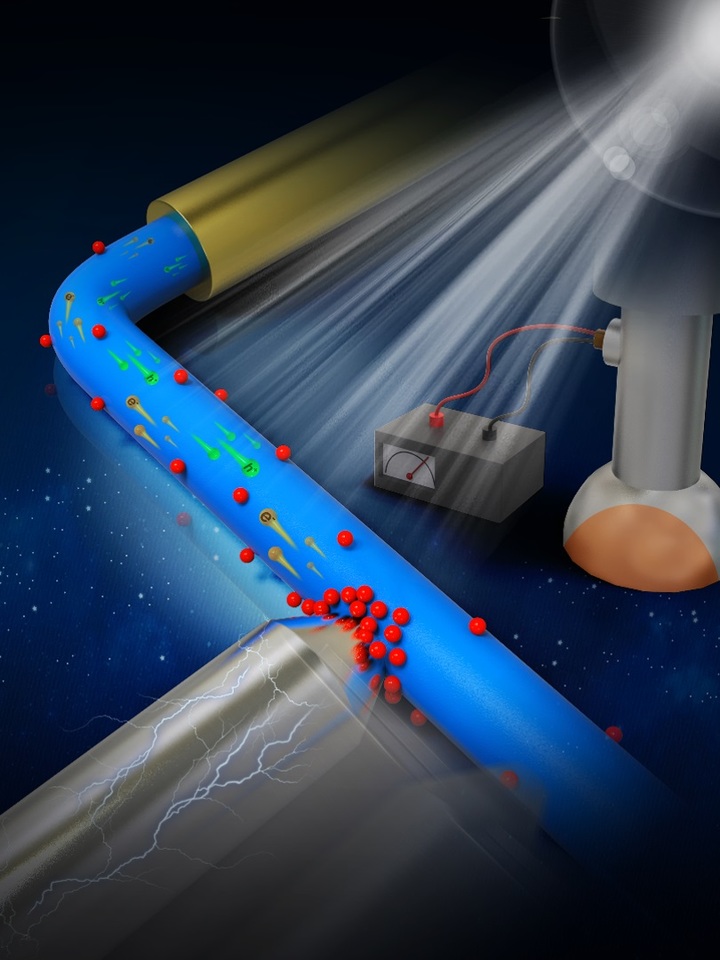