Recent work on efficient generation, detection, transport and manipulation of spin signals in two-dimensional materials and at their interfaces has helped forge the field of two-dimensional spintronics (2D spintronics), which may accelerate the development of beyond-CMOS low-power electronics.

The advent of the post-Moore’s-law era has brought up ever increased desires for low-power data storage and processing solutions. The continued scaling calls for new fabrication facilities, which in turn increases the cost per chip. Furthermore, quantum effects become appreciable, in particular the increased leakage current of the gate due to quantum tunnelling, which increases the standby dissipation when the node approaches several nanometres. Meanwhile, the advent of the big-data era and “Internet of Things” has brought up ever increased demand for date storage and processing. In order to increase capabilities and performances for these applications, additional and alternative beyond-CMOS technologies are highly desired.

Among the beyond-CMOS candidates, spintronics, utilizing the spin signal rather than the charge signal, features low-power consumption and ultrafast speed. Therefore, for both the memory and logic points of view, spintronics has been considered as a promising beyond-CMOS solution. Since the landmark discovery of the giant magnetoresistance effect by Fert and Grünberg in 1988, spintronics has enjoyed great success in data storage and helped kick start the “big-data” era. The commercial production of spin-transfer-torque magnetoresistive random access memory further attests the success and great potential of spintronic memory. Due to its high endurance and low write energy as well as potential high density, spintronics is poised to be the most favourite candidate for embedded memory application to reduce the von Neumann limits. However, there are still bottlenecks need to be resolved before embracing the flourishing age of spintronics. For memory, the challenges will continue to be density, write energy and high on/off ratio. For low-power logic and processing, the key issues are the efficient generation, detection, transport and manipulation of the spin signal. Engineering of materials and their interfaces with desired physical effects and properties, as well as innovation of novel device structures and circuit architectures, has been pursued to address these issues. In particular, continuous progress of spintronics in 2D materials and at their interfaces has helped forge the field of 2D spintronics, which may accelerate the applications of spintronic beyond-CMOS applications.

In this Review Article, researchers from Fert Beijing Institute, Beihang University and UCLA overview the development of 2D spintronics for low-power, beyond CMOS electronics. The elementary functionalities, device and circuit applications, as well as relevant progress of 2D materials, interfaces and topological insulators etc., are assessed. Finally, potential challenges that need to be addressed for low-power electronics are discussed. 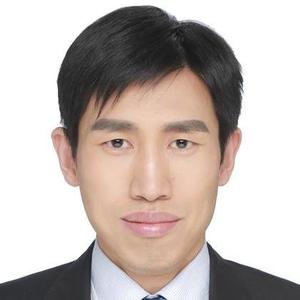 Prof. Weisheng Zhao (IEEE Fellow) is currently editor-in-chief for IEEE Transactions on Circuits and Systems- Regular Paper, dean of the school of Integrated circuit science and engineering at Beihang University, he is also the director of Fert Beijing Research Institute. He gratuated from University of Paris Sud (now Paris Saclay) in 2007 and was nominated as tenured research scientist at CNRS in France from 2009 to 2013. He has focused on the study of low-power spintronics memory and logic devices, and established a multi-disciplinary research framework from device design, novel materials research to circuit design. In the recent five years, He has published more than 200 papers as the first or the corresponding author in the Nat. Elect., Nat. Commun, and Proc. IEEE etc., 7 highly cited papers; 1 English academic monographs; 38 issued patents, 63 patents pending and 3 transferred to Huawei technology. The total citation shown in Google Scholar is more than 10000.
Follow