Adhesion of Two-Dimensional Titanium Carbides (MXenes) and Graphene to Silicon

Adhesion forces between two titanium carbide MXenes and silica coated silicon spherical tip have been measured from jump-off phenomena using atomic force microscopy and compared to adhesion of graphene.
Vadym Mochalin
Follow
Like Be the first to like this
0

The adhesion of two-dimensional transition metal carbides (MXenes) is important for potential MXene device fabrication and performance. Here, the authors show that adhesion of MXenes depends on their monolayer thickness and, in contrast to graphene, does not show number-of-monolayers dependency.

MXenes are a growing family of over 30 two-dimensional (2D) transition metal carbides that has generated prolific scientific research since their discovery in 2011. Because of their tunable electronic and optical properties, MXenes are considered state-of-the art nanomaterials for energy storage, triboelectric generators, photon diodes, sensors, and lasers that produce highly intense light pulses in fractions of nanoseconds. For optoelectronic applications it is common to stack active materials on supports. Here is where mechanical properties, in particular adhesion, become important since they govern the choice of support and materials to stack and determine the device response to stresses. Over the past 8 years mechanical properties of MXenes have been studied using modeling, raising the interest of experimentalists to their determination, which turned out to be a challenging task. Until 2018 there were no experimental data on any mechanical properties of MXene single sheets. Now, a team of chemists and engineers from Missouri University of Science & Technology reported their first attempt to measure adhesion properties of two MXenes, Ti3C2 and Ti2C.

Vadym Mochalin: Since the early days of MXene research we were actively involved in studying their physical and chemical properties, using this knowledge to develop their applications. Besides practical importance, studying mechanical properties of MXenes is also of fundamental interest for a broader area of 2D materials, because this is one family of 2D materials where the monolayer thickness can be systematically varied without changing the elemental composition, type of bonding within the monolayer, surface chemistry, and other factors.

Chenglin Wu: When it comes to mechanical properties of MXenes, we are making just first steps. Besides Young’s moduli reported last year, no other mechanical properties of MXenes have been determined experimentally. Our measuring of MXenes’ ability to bind — layer by layer — to a silicon wafer or other semiconducting material, opens avenues for their use in planar electronic devices where electrically conducting thin films must stick together in a certain order with little chance of separation.

In this study we used atomic force microscopy (AFM) to directly measure adhesion forces of two MXenes (Ti3C2Tx and Ti2CTx) with a SiO2 coated Si spherical tip. The Maugis-Dugdale theory was applied to convert the AFM measured adhesion force to adhesion energy, while taking into account surface roughness. The obtained adhesion energies were compared with those for mono-, bi-, and tri-layer graphene, as well as SiO2 substrates. The average adhesion energies for the MXenes are 0.90±0.03 J m-2 and 0.40±0.02 J m‑2 for thicker Ti3C2Tx and thinner Ti2CTx, respectively, which is of the same order of magnitude as that between graphene and silica tip.

“No one has used AFM on MXene for adhesion measurements before,” says Yanxiao Li, a Missouri S&T doctoral student in Civil Engineering and one of the first authors of the paper. “While doing measurements we had to overcome many challenges ranging from sample preparation to protection of MXene films against environmental factors. This also adds to our fundamental understanding of MXene chemistry”, continues Shuohan Huang, a PhD student in Chemistry, who is the second lead author.

Knowing that the adhesion energies between silica coated wafers and MXenes are in the range of adhesion between silica and graphene is very important, because having the same adhesion MXenes can be seamlessly combined with graphene and silicon in future 2D materials based optoelectronic devices. 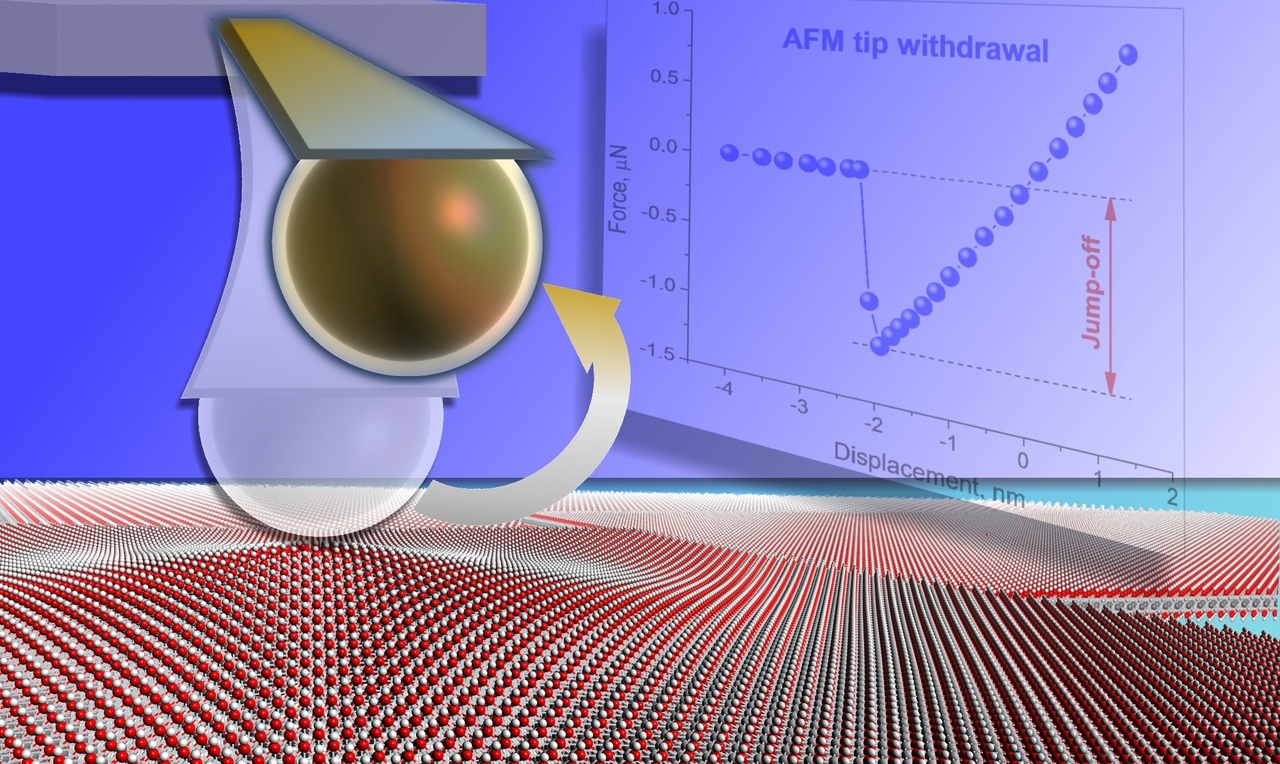 Adhesion of Two-Dimensional Titanium Carbides (MXenes) and Graphene to Silicon