The metallic defect networks in MoSe2 film are more chemically reactive to organic molecules than pristine domains, and can template the self-assembly of hexagonal organic porous structures.

Grain boundaries (GBs) are one of most common defects observed in materials, and can significantly modify the material properties. As a prototypical line defect, GBs are particularly common in 2D crystals grown by bottom-up approaches such as chemical vapor deposition (CVD) and molecular beam epitaxy (MBE).

Our research group has devoted effort to the understanding of GBs in monolayer transition metal dichalcogenides (TMDs) since 2014. We had observed a large bandgap tunability in single-layer MoS2 GBs (Nat. Commun. 2015, 6, 6298), as well as mid-gap states at low-angle GBs in single-layer WSe2 (Nano Lett. 2016, 16, 3682). Such line defects are usually unfavourable for carrier/energy transport and optical applications. However, they are often catalytically active due to their large density of states (DOS) and may potentially be used as templates for the self-assembly of molecules.

In 2017, Gao’s group reported the site-selective adsorption of pentacene molecules on intrinsic 1H/1T PtSe2 patterns (Nat. Mater., 2017, 16, 717). Pentacene molecules are preferentially adsorbed within the metallic 1H domains to form well-ordered triangular clusters, while leaving the semiconducting 1T domains empty. Inspired by Gao’s study, we embarked on the use of line defects in 2D materials as molecular self-assembly templates.

The first step was to look for a candidate surface with a regular dense line defect network. Mirror twin boundaries (MTBs) in atomically thin MoSe2 films attracted our attention due to their metallic state with charge density wave (CDW) transition and spin-charge separation property. Moreover, the dense MTB networks in MBE-grown MoSe2 on graphite or MoS2 surfaces offer a natural candidate for the study of the template effect (Figure 1a-b).

The selection of organic molecule was also critical. The chemical reactivity of MTBs in the MoSe2 single-layer is weaker compared to other defects such as Se vacancies, due to the absence of dangling bonds. To explore their possible site-specific properties, we deposited an amino derivative of phenazine, 2,3-diaminophenazine (DAP), onto the MoSe2 surface. The DAP molecule is essentially planar with two active amino-groups at one end, which provide active sites that electrostatically interact with the metallic MTB (Figure 1e-f).

As hoped for, the hexagonal DAP porous nanostructure formed distinctly mimics the features of the MoSe2 wagon-wheel pattern (Figure 1c-d), with preferential triangular-type configuration on the defect-free MoSe2 domains and linear configuration on the MTBs, while leaving the MTB intersections empty.

These defective TMDs and porous organic molecule structures have potential applications in site-selective catalysis, or as molecular sensors or flexible organic optoelectronic devices. This work offers a novel pathway to atomically precise nano-patterning of 2D TMD surfaces, and provides a platform to explore the local chemical properties of MoSe2.

Figure 1. Formation of DAP porous structure on MoSe2 mirror twin boundary (MTB) networks. (a) Topographic STM image shows a single-layered MoSe2 films grown by MBE on graphite substrate. (b) A atomic-resolution nc-AFM image shows a typical wagon-wheel pattern (size: 5 × 5 nm2). (c) A close-up STM image of a prototypical DAP pore on the top of a wagon-wheel pattern, and (d) the corresponding configuration. (e) Optimized configurations of a DAP molecule adsorbed on MoSe2 MTB region with parallel orientation, and (f) the charge redistribution at the interface. 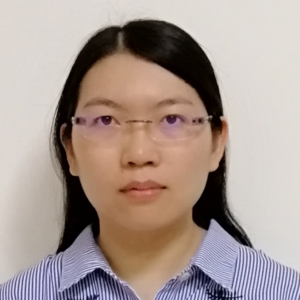 Yuli Huang
over 2 years ago