A community from Nature Research
Contributor
News and Opinion

Embrace Your Passion in Engineering

The theme of International Woman in Engineering Day on June 23rd, 2019 is "Transforming the Future". On this special day, we want to share our own experience and excitements working in STEM and hope to provide some advice for women finding or pursuing their passion for engineering.

In the last calendar year women broke new barriers in STEM. With such high-profile achievements as Karen Uhlenbeck becoming the first woman to win the Abel Prize and Francis Arnold receiving the fifth Nobel Prize of Chemistry awarded to a woman, it is thrilling to witness female scientific innovators being publicly recognized.

In this background of increased public recognition, women today still face distinctly high barriers in their pursuit of STEM. Despite a global increase in woman pursuing STEM at the doctorate level, the percentage of female first authors in high impact scientific journals has increased by less than 1% since 2005 [1]. Moreover, a 2018 landmark study by the National Academies of Sciences, Engineering, and Medicine pointed out the existing issues that must be addressed in order to provide a welcoming environment for women in the academic workplace [2].

Nonetheless, women belong in engineering and enrich the field with their contributions. On this year’s International Woman in Engineering Day we want to share our own experience and excitements working in STEM, and hope to provide some advice for women finding or pursuing their passion for engineering.

Though we are working in the same research group in the department of Chemical Engineering at Stanford, our journeys to this point have been quite different.

Shayla grew up in a small town in Utah.  Living there, she never met a fem-identifying engineer. For this reason, she never considered engineering. Though she knew she wanted to pursue a career that involved solving problems and enacting changes, she lacked female role models. Shayla met a woman with a STEM background for the first time when she was 15 years old.  It was through the relationship with her that she developed both an interest in engineering, and the confidence to pursue it as a career.

As a kid, Xiwen’s mind was always full of questions: what causes rain and wind? why there is shift between day and night? what is inside the sun? what is the electricity? how does it make bulb emit light? During her course of understanding the world, she came to realize the world meanwhile faces many pressing problems. The small city in China where Xiwen grew up was renowned for its rich coal resources, which allowed the city to prosper.  However, with these rich resources came equally rich concerns: pollution, mine subsidence, and a constant dread of an unsettling future where our energy resources will be eventually depleted. Through her strong curiosity and sense of responsibility for solving pressing problems, Xiwen became a material scientist. She devotes herself to designing new materials, understanding their fundamental properties, and utilizing them to develop beneficial technologies (e.g. solar cells and energy efficient displays).

Having a female mentor figure can serve as a great source of empowerment. Working under an amazing female researcher – Prof. Zhenan Bao, we have had the unique experience of witnessing firsthand the ability of a woman to pioneer a field of research, successfully manage a large research group, and maintain work-life-balance. Though it will not always be possible to work on a female-led team, there are many ways to develop a network of female mentorship. Consider joining a woman’s organization.  Joining an organization like the Association for Woman in Science can be effective way to establish a diverse network of female mentors.  Moreover, you can contribute to making your workplace one where woman feel supported by simply having a willingness to share your experience and offer mentorship, support, or kindness to your female junior colleagues.

Professional development resources geared towards woman in engineering can be extremely valuable. With the rising level of awareness around gender inequality issues in science and engineering, there exists an increasing amount of professional development programs specifically designed for woman in STEM. As a notable example, Rising Stars in EECS, initially launched by MIT, provides a workshop and networking opportunity for women who plan to pursue academic careers in Electrical Engineering and Computer Science. The program features well-designed panel discussions, as well as presentations on techniques to improve interview skills, manage a research group, and much more.

Xiwen Gong received her Ph.D in Electrical and Computer Engineering from the University of Toronto, and is now a Schmidt Science (Post-doctoral) Fellow in Chemical Engineering at Stanford. 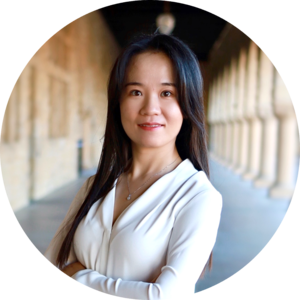 Communications Engineering has launched!
Nature Research
From the Editors, News and Opinion

David Lamb
Blessing in disguise: a natural nanomaterial for industrial application
Contributor Scientific Reports
Behind the Paper, News and Opinion

Blessing in disguise: a natural nanomaterial for industrial application