Scanning probe microscopy (SPM) refers to a family of techniques that can examine several mechanical, electronic, physical and chemical phenomena at the nanoscale, as well as perform local modification of materials. In this perspective we anlayse the future of these techniques.
Mario Lanza
Associate Professor, King Abdullah University of Science and Technology
Follow
Like Liked by Mario Lanza and 3 others
0

This Perspective examines the potential role of conductive atomic force microscopy in the development of nanoelectronics, exploring possible characterization strategies, enhanced electronics for the technique and improved multiprobe approaches.

The first SPM was invented in 1981 at IBM laboratories in Zurich by Gerd Binnig and Heinrich Rohrer [1], a development that granted them the Nobel Prize in Physics in 1986. That technique was called scanning tunneling microscopy (STM), and consisted on using an ultra-sharp and conductive tip to scan the surface of a conductive sample when the distance between them was few nanometers. The tip-sample distance could be controlled by applying a potential difference between them and measuring the current — which can be converted into distance. Using this technique the shape of molecules and even the position of single atoms could be clearly mapped.

Just one year later, the inventors of the STM had the idea of placing the ultra-sharp tip at the end of a cantilever, which allowed them detecting the tip-sample distance by monitoring its bending using an optical system — both tip and sample do not need to be conductive [2]. This technique, called atomic force microscopy (AFM), represented a complete revolution in different fields of nanoscience because it allowed using the ultra-sharp tip to monitor other different magnitudes during the scan (simultaneously to the tip-sample distance). Consequently, 1993 Sean O’Shea and co-workers at University of Cambridge used an AFM provided with a conductive tip and a source-meter to monitor the topography and the conductivity of a SiO2 sample [3]. This technique was called conductive AFM, and initially it was used to characterize (at the nanoscale) multiple phenomena of thin dielectric films, such as tunneling current [4-6], polycrystallization [7-9], charge trapping and de-trapping [10-11], random telegraph noise [12-13], stress induced leakage current (SILC) [14], dielectric breakdown, and it can also distinguish which locations within the dielectric film promote RS [15-19], as well as what are the properties of the conductive filaments [20-21]. After the invention of the CAFM, many other similar SPM-based techniques were developed in order to measure capacitance, contact potential difference, piezoelectricity, flexoelectricity, and photoelectricity (among many others) [22]. Furthermore, the tip of the SPM has been also used to carry out local material modification, patterning and nanolithography, allowing nanofabrication of different structures and devices.

Now, the moment of combining all these techniques to carry out advanced experiments has arrived. Recently, different manufacturers have started to build prototype SPM systems provided with more than one tip in order to measure different magnitudes simultaneously. However, these machines still present many technical complications that need to be solved. For example, finding with one tip the exact location previously analyzed with another tip is extremely challenging, and avoiding collisions between the tips when placing them very near to each other is very laborious. Based on our experiences during the past 14 years, in this perspective article [23] we foresee future setups, experiments and capabilities of SPM systems, and discuss their potential impact in the future of nanoelectronics research. We propose the development of an SPM system combining multiple tips working simultaneously under a vacuum environment for advanced in situ nano-fabrication and nano-characterization (see image below). We also describe several limitations of individual techniques and propose different ways to improve their capabilities.

This perspective paper [23] is the result of hundreds of hours in front of more than 20 different SPM systems all around the world, searching for connections between different parameters and optimizing the measurements. We got confused when we found signal instabilities, felt frustrated when expensive tips broke accidentally, and got tired when the SPM session expanded until late night. But overall, we got excited when we were able to observe unique nanoelectronic phenomena, and enjoyed technical discussions with colleagues like Guenther Benstetter and Werner Frammelsberger (DIT, Germany), Oliver Krause (NanoWorld), Terry Yang (Park Systems), Louis Pacheco (CSInstruments), and David Lewis (Nanonics) among many many others, who share the passion for this amazing machine. During the past five years we have been working with different manufacturers in order to optimize their SPM systems, and we felt that sharing our vision in this perspective article could be of interest of the readership of Nature Electronics. We hope you enjoy reading it as much as we enjoyed writing it.

Mario Lanza
Associate Professor, King Abdullah University of Science and Technology
Follow
Mario Lanza is an Associate Professor of Materials Science and Engineering at the King Abdullah University of Science and Technology (KAUST), in Saudi Arabia since October 2020. Dr. Lanza got his PhD in Electronic Engineering with honors in 2010 at Universitat Autonoma de Barcelona. During the PhD he was a visiting scholar at The University of Manchester (UK) and Infineon Technologies (Germany). In 2010-2011 he was NSFC postdoc at Peking University, and in 2012-2013 he was Marie Curie postdoc at Stanford University. On October 2013 he joined Soochow University as Associate Professor, and in March 2017 he was promoted to Full Professor. Prof. Lanza has published over 120 research papers, including Science, Nature Electronics, Nature Chemistry, and IEDM, edited a book for Wiley-VCH, and registered four patents (one of them granted with 5.6 Million CNY). Prof. Lanza has received the 2017 Young Investigator Award from Microelectronic Engineering (Elsevier), and the 2015 Young 1000 Talent award (among others), and in 2019 he was appointed as Distinguished Lecturer of the Electron Devices Society (IEEE-EDS). Prof. Lanza is Associate Editor of Scientific Reports (Nature) and Microelectronic Engineering (Elsevier), and serves in the board of many others, like Advanced Electronic Materials (Wiley-VCH), Nanotechnology and Nano Futures (IOP). He is also an active member of the technical committee of several world-class international conferences, including IEEE-IEDM, IEEE-IRPS, IEEE-IPFA and APS. Prof. Lanza leads a research group formed by 10-15 PhD students and postdocs, and they investigate how to improve electronic devices using 2D materials, with special emphasis on two-dimensional (layered) dielectrics and memristors for non-volatile digital information storage and artificial intelligence computing systems.

Yield, variability, reliability, and stability of electronic devices made of two-dimensional layered materials 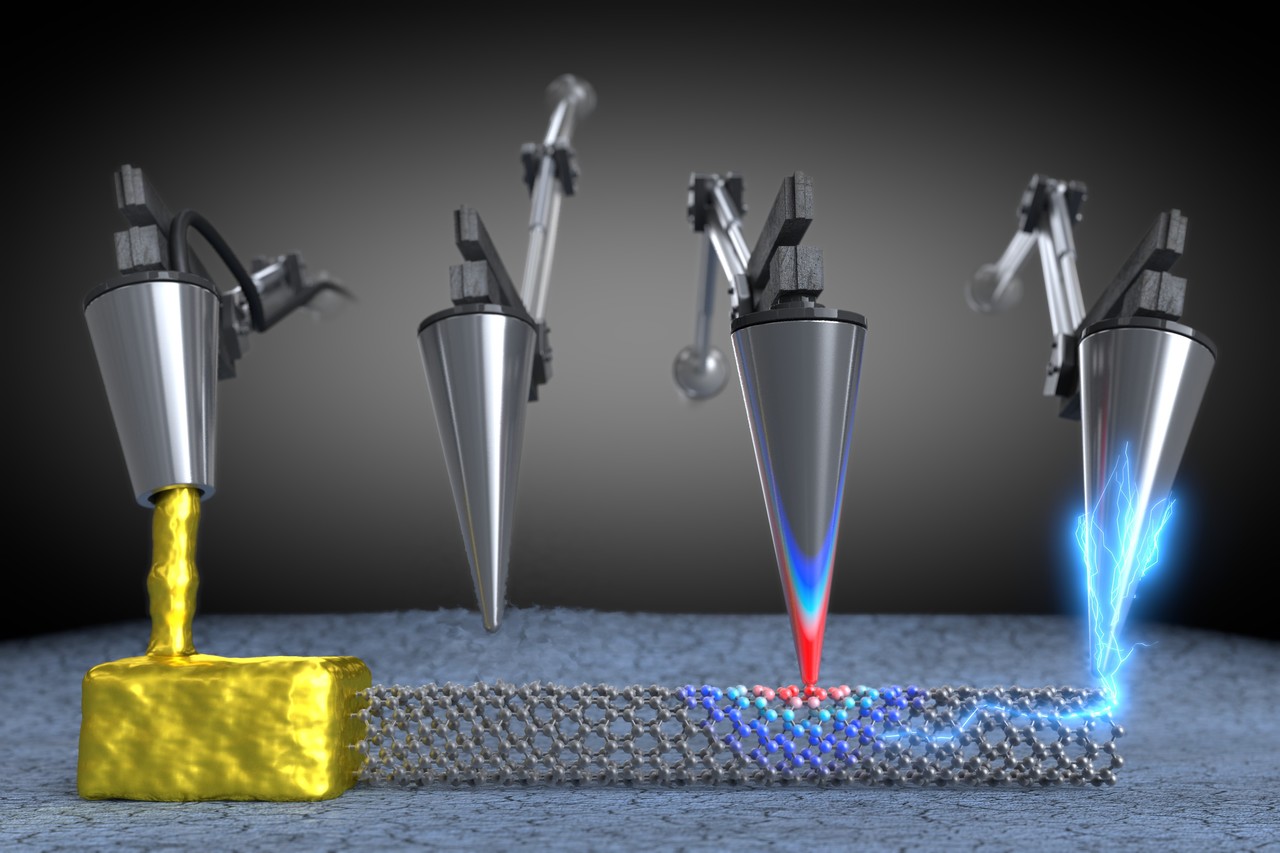 Scanning probe microscopy (SPM) refers to a family of techniques that can examine several mechanical, electronic, physical and chemical phenomena at the nanoscale, as well as perform local modification of materials. In this perspective we anlayse the future of these techniques.