By bonding a magnet to a heavy metal we found a trick to control the magnetic properties of a material directly with the electric field of light - way faster than possible before.
Martin Schultze
Professor of Physics, TU Graz
Follow
Like Be the first to like this
0

The magnetic properties of a ferromagnetic layer stack are controlled on attosecond timescales through optically induced spin and orbital momentum transfer, demonstrating a coherent regime of ultrafast magnetism.

The amazing performance of electronics is a result of our ability to control electric fields with enormous speed, precision and at stunning switching rates. With ultrafast lasers the direct coupling between electric field and electronic state of matter can be taken to the extreme. Now, a number of experiments in the field of attosecond physics take pride in demonstrating that electronic switching can be performed within one electric field oscillation.

Magnetism in contrast is disturbing, at least from the perspective of the discerning quantum optician. Spoiled by the sub-femtosecond electronic response of matter subjected to strong laser fields, applications using transient magnetic phenomena appear agonizingly slow. Truly fast magnetic field pulses are hard to generate, couplings are weak and on top of that the non-locality of collective spin interactions make quick magnetic effects tough to conceptualize. Laser induced demagnetization experiments trying to circumvent the absence of coupling between electric field and spins demonstrated the removal of magnetic order within picoseconds, immodestly referred to as ultrafast by the magnetism community and arrogantly overlooked by the field of optoelectronics which couldn’t contribute to the exploration of spin dynamics.

Some years ago in 2015 a theoretical prediction promised a remedy to this segregation and suggested a route to truly ultrafast magnetic phenomena. Sangeeta Sharma and colleagues, theorists at the Max-Planck-Institute of Complex Systems in Halle, Germany had worked out an ivory tower scheme where charge and spin transfer could be directly coupled in suitably manufactured material sandwiches.

The idea was interesting and experimentalists are used to make concessions when dealing with the quixotic eccentricity of theorists (especially of the ab-initio-flock) but this one was a tough nut to crack. In close collaboration with the team around Markus Münzenberg in Greifswald we translated the theory prediction into a hypothesis that could be experimentally verified.

Optically induced spin transfer (OISTR) as conceptualized in the figure above can occur if a ferromagnet is interfaced with a heavy metal layer. In this case, optical excitations can shuffle electrons across the materials interface much similar to shift currents observed in compound semiconductors. After the excitation, when the electron finds itself at the other side of the boundary it will have taken its spin away from the ferromagnet and thus effectively leave behind a depleted magnetic moment – notably changing as quickly as the electronic excitation occurs and thus roughly 100 times faster than seemed feasible to date.

A composite of nickel and platinum in a nanometer scale sandwich structure turned out most suitable to observe OISTR. And with the tricks of attosecond spectroscopy we had a toolbox at hand that allows to track light induced charge excitation in real-time. Since high-harmonic radiation in the extreme ultraviolet (XUV) spectral region is involved addressing shallow core-transitions the method is element sensitive and therefore ideal to follow the evolution of charge separation in heterostructures. Missing was sensitivity to the magnetic moment.

Provided a source of circularly polarized XUV light, such energetic single photon transitions can be exploited to report on magnetic moments by comparison of the energy resolved absorption of a sample for two orthogonal helicities of the lightsource (or two magnetization directions, for that matter). This method of X-ray magnetic circular dichroism detection (XMCD) is widely proliferated at synchrotrons and colleagues around Stefan Eisebitt in Berlin have demonstrated first applications also based on laboratory scale, laser driven high-harmonic sources. By expanding on this idea we managed to perform experiments achieving attosecond temporal resolution in recording the degree of electronic excitation and the evolution of the magnetic moment simultaneously.

The first study relying on the new method verified the theory prediction and indeed brought optically induced spin transfer to light and with that a new regime of coherent spin transfer and magnetization manipulation. "Light-wave dynamic control of magnetism" is a first incarnation of attosecond magnetism (apparently we adopted the magnetism community’s ambitious naming spirit) and we believe a few interesting things appear possible in the future - in the best case fully coherent and reversible switching of magnetic moments with light. 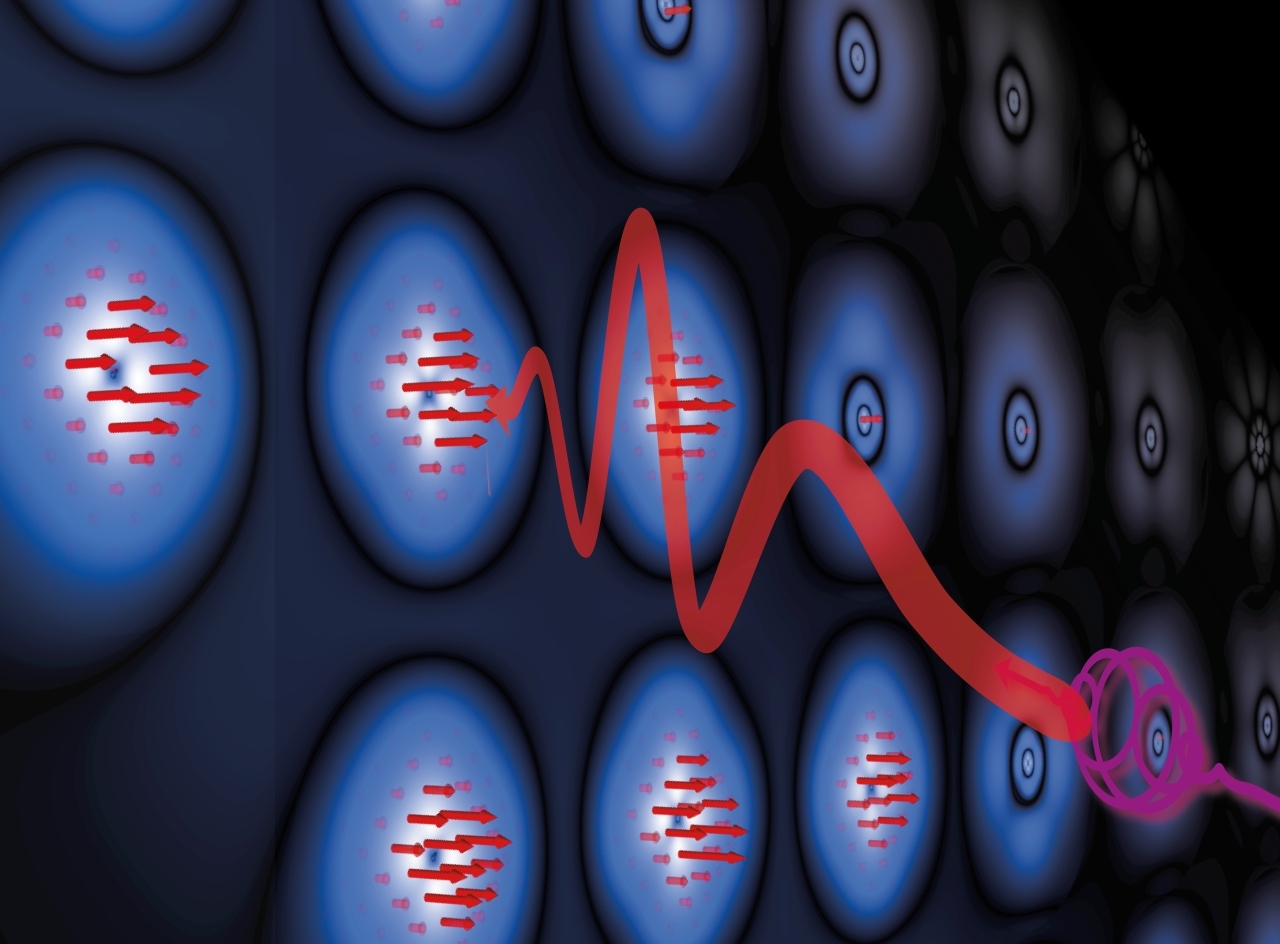 By bonding a magnet to a heavy metal we found a trick to control the magnetic properties of a material directly with the electric field of light - way faster than possible before.