In the infrared, because the energy of the transition is only a few kbT, the signal to noise ratio of photodetectors tends to be fairly small. To address this problem, a typical strategy is to decorrelate the energy of the optical absorption from the band gap of the transport material. This strategy, known as wave-function engineering, has known great success in the 90 with III-V semiconductor with the growth of confined heterostructures. In such structures, the infrared transition is now driven by geometrical factors. In Quantum Well Infrared Photodetectors (QWIP), Quantum Dot Infrared Photodetectors (QDIP)1 and devices based on quantum cascade structures2,3, photon absorption and charge transport are efficiently uncoupled. However, this approach is very limited from a material perspective. Since it relies on epitaxial growth, the materials need to be lattice-matched together and with their substrate, which dramatically limits the possible candidates.

Meanwhile, colloidal nanocrystal (NCs) have gain a high maturity reaching a first mass market application with their use as light source for displays.4 Their potential for IR sensing has started to be investigated with solar cell and more recently pushed toward mid-wave and long-wave infrared. To reach such wavelengths using colloidal nanocrystals, two type of optical strategy can be used: either interband transitions in narrow band gap semiconductors, or intraband transition in doped nanoparticles. This latter strategy has been far less investigated, however its flexibility is quite promising both for the wave-function engineering and for future integration of heavy metal free material. Transport in arrays of doped nanocrystal with intraband transition nevertheless suffer from severe limitations: large dark current, poor temperature dependence (performance barely improves upon cooling) and slow time response.5,6

Our ambition was to create from colloidal nanocrystals a metamaterial which mimics the energy landscape of quantum well and quantum dot infrared detector. A key aspect was to achieve the decoupling of absorption and charge transport. Our approach has been to use intraband absorption from HgSe self-doped nanocrystal which appear in the 3-5 µm range. For transport, we wanted to use HgTe nanocrystal who present a fast time response. A first strategy that we have developed was relying on the growth of core shell material, where the two materials are epitaxially connected at the nanoparticle level. This strategy brought a significant performance improvement, but was still challenging from a synthetic point-of-view.7

We then had the idea that the same performance improvement can be obtained by a simpler way, just by mixing two populations of nanocrystals. The key point was to understand that the amount of HgSe nanocrystals introduced in the mix (ie the absorbing material) had to be below the percolation threshold to ensure that the transport properties remain driven by HgTe nanocrystals. In this sense, the mixture really mimics the QWIP and QDIP energy landscape, see figure 1a. The HgSe NCs plays the role of the well/dot, while the HgTe NCs plays the role of the barrier and transport material, see Figure 1b.

Under illumination, light is absorbed in HgSe thanks to the intraband transition, and the electron gets transferred to the HgTe NC array, which conduct the charge up to the electrodes. Using this metamaterial, a fast time response was obtained, see Figure 1d.

Figure 1 Principle of operation for a random CQDIP. a. Scheme of a standard GaAs/AlGaAs QWIP band structure under polarization. b. Scheme of polarized band structure of a random colloidal QDIP consisting of HgSe (absorbing material) and HgTe (barrier) quantum dots. c. TEM image of mixed HgSe and HgTe quantum dots for random colloidal QDIP fabrication. Some HgSe (resp. HgTe) QDs have been colored in green (resp. brown). Inset: higher resolution TEM image showing a HgTe tetrapod along with three HgSe spheres. d. Photocurrent temporal trace for arrays of HgSe with and without addition of HgTe, measured under illumination by a 4.4 µm Quantum Cascade Laser chopped at 100 Hz.

Now that this efficient intraband material was developed and optimized, the next challenge was its integration into an efficient photovoltaic device. While such device has been built extensively in the visible and near infrared range, only limited nanocrystal-based photovoltaic detectors have been reported. One of the first difficulty we encountered is the need of an infrared transparent electrode. Our device is made of a sapphire substrate on which an aluminum grid is evaporated to serve as a bottom, semi-transparent electrode. The HgSe/HgTe mixture is then spin-coated over a thin layer a layer of HgTe nanocrystal with a wide band gap. The latter layer plays the role of a unipolar barrier, which role is to prevent dark current injection while letting the photocurrent flow, see Figure 2a and b.

The device displays a multispectral response, see Figure 2c, where the magnitude of the different components can be dramatically tuned thanks to the applied bias, and reaches detectivities around 2x109 at cryogenic temperatures.

Figure 2 Design of an intraband photodiode from a CQDIP. a. Scheme of the device. Illumination is provided from the back-side through a sapphire substrate and a patterned aluminum electrode allowing 70% of light transmission in the MWIR. b. Band alignment diagram of the diode structure. HgTe with a wide bandgap (0.7 eV, in orange) is used as a unipolar barrier to filter injection of dark current into the active HgSe/HgTe layer. c. Photocurrent spectra measured at 80 K under 0 V and 1 V bias, showing photoresponse coming from the HgSe intraband absorption (green), HgTe transport matrix (brown) and HgTe barrier (orange). 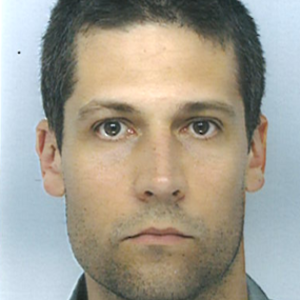