A community from Nature Research
Contributor Nature Nano
Behind the Paper, Journal Club

We discuss the story behind our recent Nature Nano paper introducing plasmonic nanofocusing as a powerful technique for light-scattering spectroscopy of single nano-objects with few nanometer spatial resolution and high sensitivity.
Christoph Lienau
Professor in Physics, Uni Oldenburg
Follow
Like Liked by Jinhui Zhong and 2 others
0

Light scattering spectra are acquired in the near field to map dipole–dipole interactions and extract all their vectorial components with 5-nm spatial resolution.

We are all familiar with using glass objectives for focusing light and with their fundamental limitations: In the visible spectral range, diffraction inevitably limits the focal spot size to a few hundreds of nanometers at best. This is much larger than the typical size of most natural or artificial nanoparticles - biological light harvesting complexes, semiconductor quantum dots or metal catalysts to name just a few. This makes it impossible to spatially resolve the inner structures of single nanoparticles by conventional far-field optical microscopy.

Some 15 years back, the Russian-American physicist Mark Stockman suggested to replace the glass objective by a new type of metallic superlens, a simple gold cone with a sharply pointed tip. Electromagnetic waves that are bound to the surface of the cone, so called surface plasmon polaritons, would be focused all the way to very apex of the tip, to a spot size that is limited only by the apex diameter, ideally even down to the size of a single atom.

A decade ago, Claus Ropers, now in Göttingen, and myself tried to realize such a nanosource of light, asking a colleague to use his focused ion beam to carve a line grating onto the shaft of a chemically etched gold taper. Experimentally, we could show that a substantial fraction of the grating-coupled plasmons were focused into the apex region. Despite substantial efforts in the community, in particular by the Raschke group in Boulder and by di Fabrizio and coworkers in Italy, it took several more years to turn plasmonic nanofocusing into a meaningful tool for coherent light scattering nanospectroscopy. We learned that single-crystalline gold surfaces are very helpful in transporting the plasmons over sufficiently long distances and that the orientation of those Crystals is important for minimizing losses and reflections.

Using this knowledge, Martin Esmann, a PhD student in our group in Oldenburg, started to scan his nanofocusing white-light source across the surface of single gold nanoparticles – small nanorods of 40 nm length and 10 nm diameter. The results of his experiments were quite surprising.

Not only could we image the optical fields at their surface with a spatial resolution of better than 5 nanometers; our nanofocusing source was sufficiently bright to record complete maps of light scattering spectra. Even when moving the tip only a few nanometers away from the nanorod, not only the amplitude of these spectra decreased but also their line shape changed substantially. By varying the distance, we could control the near-field coupling between tip and sample – we could see exactly how many times near-field photons were bouncing back and forth between tip and sample. Also, we learned that the nanorod fields couple to different vector components of the tip field. This first evidence for such vectorial near-field couplings was so unexpected that it took us quite a while and many cross checks to convince ourselves – and also the referees of our paper - of this subtle aspect of our work. In essence, our results show that plasmonic nanofocusing is a powerful technique for creating a unique, bright, broadband and also ultrafast nanoscopic light source. It holds substantial potential for uncovering many hidden quantum-mechanical couplings in hybrid nanosystems and thus for imaging the flow of energy and charge on the nanoscale. The future of nanospectroscopy is certainly quite bright.

Christoph Lienau
Professor in Physics, Uni Oldenburg
Follow
I am a Professor of Experimental Physics at the University of Oldenburg, Germany. My group and I are interested in ultrafast and nano-optical spectroscopy techniques and their use for monitoring and controlling the quantum dynamics of nanosystems. 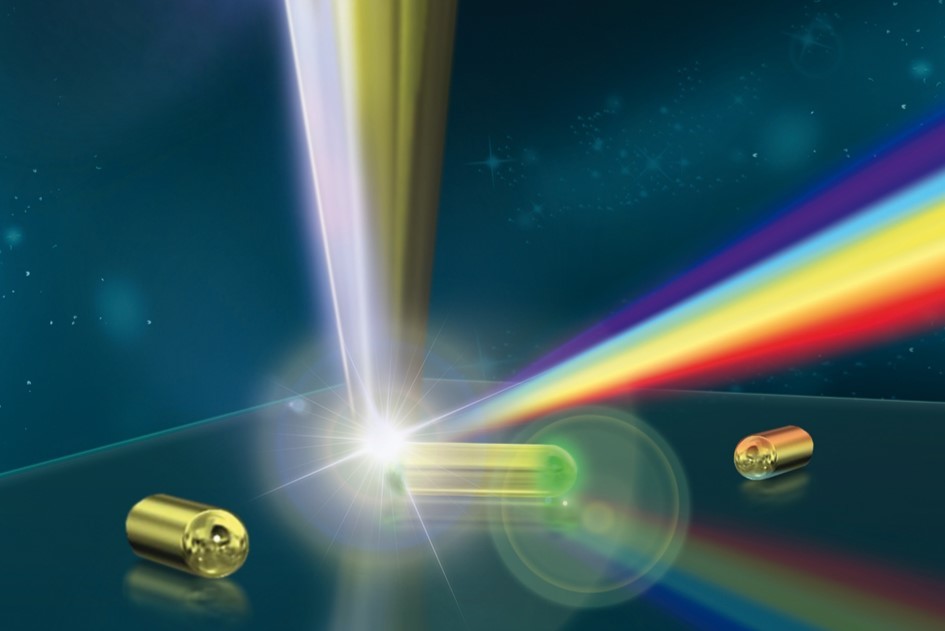 We discuss the story behind our recent Nature Nano paper introducing plasmonic nanofocusing as a powerful technique for light-scattering spectroscopy of single nano-objects with few nanometer spatial resolution and high sensitivity.