It is difficult to believe that writing a bit of information in one trillionth of a second and with virtually zero loss of energy could ever be possible. Now, using extremely short electromagnetic pulses of only one picosecond of duration and concentrating them in custom-cut antennas on top of a magnetic material, we have achieved the least-dissipative magnetic recording to date and explored its unique properties.
Christoph Lange
Research Scientist, University of Regensburg
Follow
Like Liked by Ruth Milne
0

We all have an intuitive understanding of a fundamental predicament of physics: Performing a task very rapidly usually comes at the cost of a lot of energy. This dilemma has recently become a serious issue in data storage. Huge data centres around the world consume 2-5% of all electricity generated by mankind and clearly, the advent of new technologies such as the internet of things will exponentially accelerate this trend. Although it may sound like a dream, it seems that the laws of physics do not forbid to record information with nearly zero energy loss. While technological feasibility is still an open question, researchers are already exploring the fundamental science underlying such storage concepts in their labs, today.

The most energy efficient and reliable way to store data is to encode information by the polarity of a magnetic material resulting from the alignment of its elementary microscopic magnets, called spins. To reverse this polarity, i.e. to change the logical value, one typically applies a pulsed magnetic field strong enough to overcome the energy barrier separating states with opposite magnetic polarity. While this scheme has defined large-scale data storage for more than six decades, it is known to be rather inefficient regarding energy consumption and, equally important, switching time.

Our vision was to  explore the limits of switching using light pulses with energies just high enough to overcome the energy barrier between two stable spin orientations. Such pulses have frequencies in the terahertz (THz) spectral range (1 terahertz is a trillion Hertz) and may be tailored to contain only a single oscillation cycle of light, defining a correspondingly short time frame for switching as short as a trillionth of a second. Yet, we faced the same two problems that the community had struggled with for decades: not only are sufficiently strong THz pulses notoriously hard to generate, but moreover, the traditionally employed coupling of spins to the magnetic field component of light fields is intrinsically inefficient. This had, thus far, permitted only small THz-triggered spin deflections.

Our international consortium consisting of the research teams of Dr. Christoph Lange and Prof. Dr. Rupert Huber (Department of Physics, University of Regensburg) as well as Dr. Rostislav Mikhaylovskiy, Prof. Dr. Alexey Kimel (Radboud University, Nijmegen, The Netherlands) and Prof. Dr. Anatoly Zvezdin (Institute of the Russian Academy of Sciences, Moscow, Russia), has now found a way out of this dilemma. Combining the expertise of the Nijmegen and Moscow groups on a material class called antiferromagnets, with the ability of the Regensburg group to control solids with the help of custom-tailored terahertz electromagnetic waveforms faster than even a single oscillation cycle of light, we have utilized a novel interaction mechanism which efficiently couples the spin motion to terahertz electric fields. In order to reach the required field amplitudes – still not attainable using the far-fields of even the strongest THz sources – we employed a concept from nanooptics: field-enhancing, micrometre-sized gold antennas custom-cut for our material should do the trick. And indeed, after optimizing structural parameters, we observed never-before reported spin dynamics on time scales of less than a single oscillation cycle of the magnetization. Beyond the usual, monochromatic spin oscillations, our data contained phase signatures which our teams’ joint theory unambiguously identified as characteristic fingerprints of  synchronous, minimally dissipative spin switching. For the first time, spins were steered over the potential barrier in hardly more than a trillionth of a second and with practically no energy loss (Fig. 1).

The antenna structure is yet more than just a technicality of our experiment. Future storage devices could also exploit its excellent spatial definition down to the scale of a few nanometres to enable practical magnetic memories of extremely high capacity and terahertz data rates, while its strong field enhancement lowers the requirements for the laser source to a level compatible with on-chip THz sources. 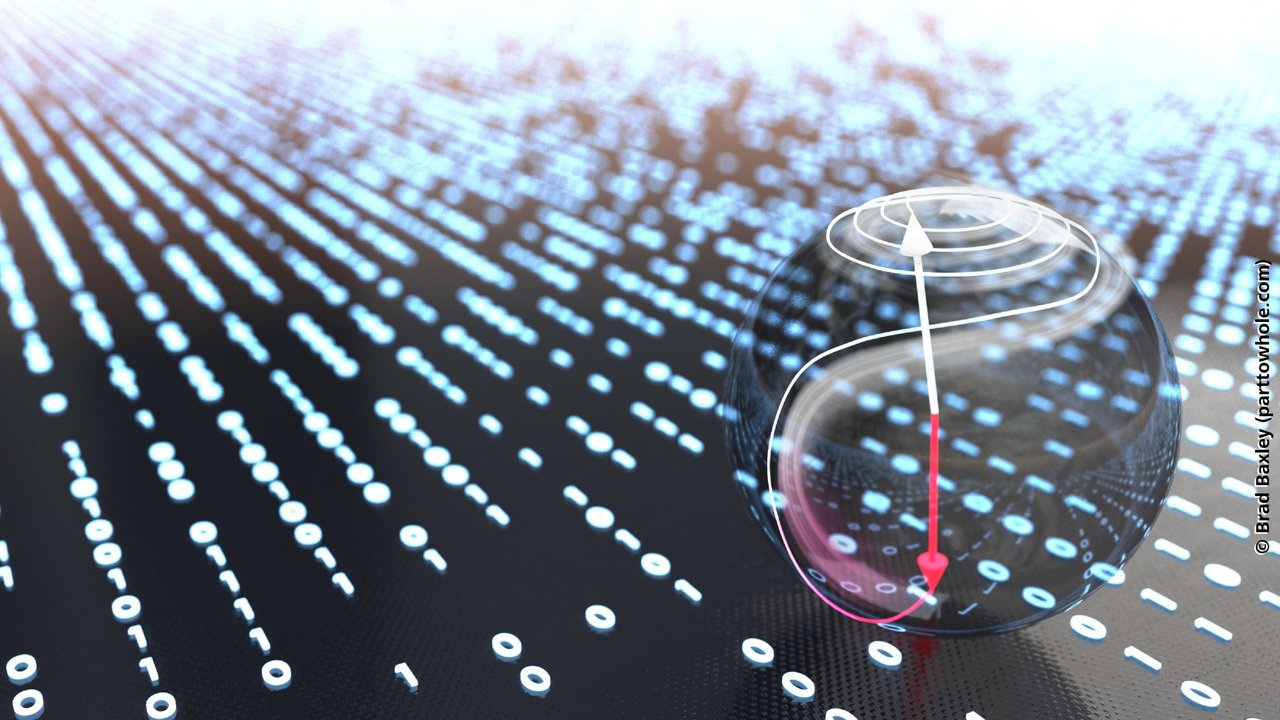 It is difficult to believe that writing a bit of information in one trillionth of a second and with virtually zero loss of energy could ever be possible. Now, using extremely short electromagnetic pulses of only one picosecond of duration and concentrating them in custom-cut antennas on top of a magnetic material, we have achieved the least-dissipative magnetic recording to date and explored its unique properties.