Recently, a hot issue in the field of metallurgy is the identification of entropy-induced changes in phase stability and properties of various multicomponent alloy systems. However, there is no general guideline that can help resolve the issue yet. The initial core concepts of high entropy alloys or complex concentrated alloys (HEAs/CCAs) that rapidly expanded the field were based on the expectation that a large number of elements or large mixing entropy in HEAs/CCAs will drive complexity at the atomic level. This could lead to interesting cocktail properties such as phase stability, sluggish diffusion, lattice distortion and solid-solution strengthening. However, it has been shown that the concept of mixing entropy or the number of elements is not directly related to physical properties such as strength and thus is not very helpful for understanding the interesting properties of HEAs/CCAs. In this article, we focus on new concepts, such as lattice distortion, to describe the atomic level complexity of HEAs/CCAs. We have devised a suite of quantitative parameters which can be related to several important properties such as the mechanical response.

The first candidate we examined was the difference between atomic radii of constituent elements, as it can be easily correlated with the lattice distortion and solid-solution strengthening. We first plotted solid-solution strengths of 3d transition metal based complex concentrated alloys (3d CCAs) against the difference between Goldschmidt atomic radii of constituent elements. As seen in Fig. 1a below, the correlation was not strong. After seeing this result, we tried to fit solid-solution strengths of 3d CCAcs using some elemental information such as elastic moduli, Burger’s vector, and electronegativity, and surprisingly the electronegativity difference showed a good correlation (Fig. 1b). We thus tried to interpret the result in Fig. 1b using density functional theory (DFT) calculation in Prof. Raabe’s group. However, the DFT calculation gave us an unexpected result that the local fluctuation (of bond length) is more important than the average elemental information. The local fluctuation made the parameterization a lot more complicated.

The main problem was how to correlate the elemental information (in particular, the electronegativity) with the local fluctuation. We thought that this resembles the historical trend of metallic glasses. Researchers have applied Prof. Inoue’s empirical rule, which uses elemental information such as atomic size and heat of mixing to predict the glass-forming ability of a new metallic glass. In atomic scale, the local complexity of the atomic-level pressure is the critical factor for the glass-forming ability. We thus expected that atomic-level pressure could be a solution for the complexity problem of HEAs/CCAs. Furthermore, Prof. Egami had shown in a separate work that the atomic-level pressure of 3d CCAs comes from the electronegativity difference due to the similarity of atomic sizes. We thus started a collaboration with Prof. Egami’s group to solve all the issues that we had —numerically prove the relationship between atomic-level pressure and charge transfer, correlate electronegativity and local fluctuation of charge transfer, parameterize solid-solution strength, establish a design map, and test the concept with new alloys.

Our argument for the 3d CCAs, as far as we know, is the first successful attempt to solve the complexity problem in HEAs/CCAs from the atomic level. However, one thing we would like to mention in this post is that we do not oppose or devalue the concept of high entropy. Our work is one of the simplest cases compared to other systems and other property issues. We do believe that there is enormous unexplored design and research space in both fundamental properties and practical applications of HEAs/CCAs. We have just begun the search and there is a long journey ahead of us. 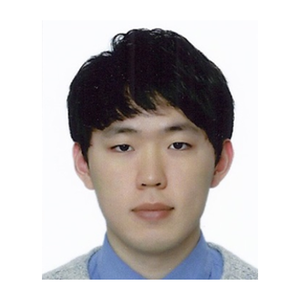