The performance of optoelectronic devices such as solar cells and light-emitting diodes is determined by the charge carrier diffusion length in the semiconductors from which these devices are made. Perovskites have demonstrated extraordinary optoelectronic properties that underpinned their promising performance in photovoltaics and LEDs.

It is of particular interest to study carrier transport properties within single crystals of halide perovskites, in order to estimate how much room for improvement there is for their polycrystalline counterparts.

Until now, the minor carrier diffusion lengths within perovskite single crystals have been estimated either by probing the photocurrent in photovoltaic devices; or by using independent electrical and optical measurements to acquire the carrier mobility and lifetime, respectively, which are then combined to calculate the diffusion length. The reported diffusion length values vary widely - from a few μm to several mm - for ostensibly the same materials.

This wide range of findings calls for a method that directly measures the diffusion length itself and that does not depend on unpredictable electrical contacts, which induce chemical modification of the interfaces. We therefore thought: is it possible to probe the perovskite single crystals in a contactless manner?

We know that in order to quantify how fast a carrier diffuses, we need to know how long it takes (corresponding to the carrier lifetime) to travel a certain distance. However, it is not straightforward to find a means to control the lifetime and transport distance of photocarriers generated within perovskite single crystals and read out their values.

The new method and new materials reported herein contribute to the understanding of perovskite materials; give quantitative information on their further promise in solar cells (Figure 3), LEDs and lasers; and provide an attractive new diffusion length measurement method for the use of the wider optoelectronic materials community. 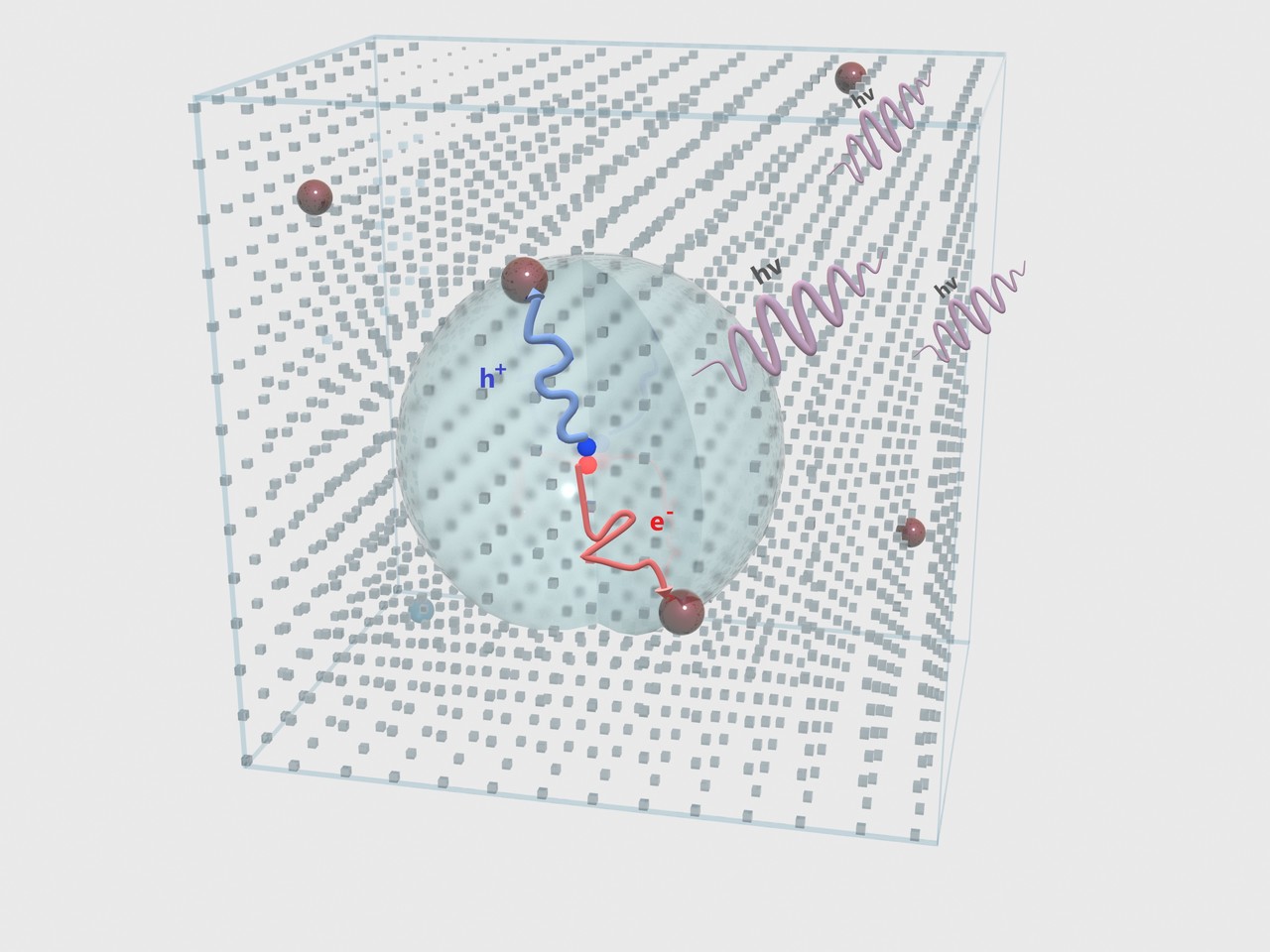